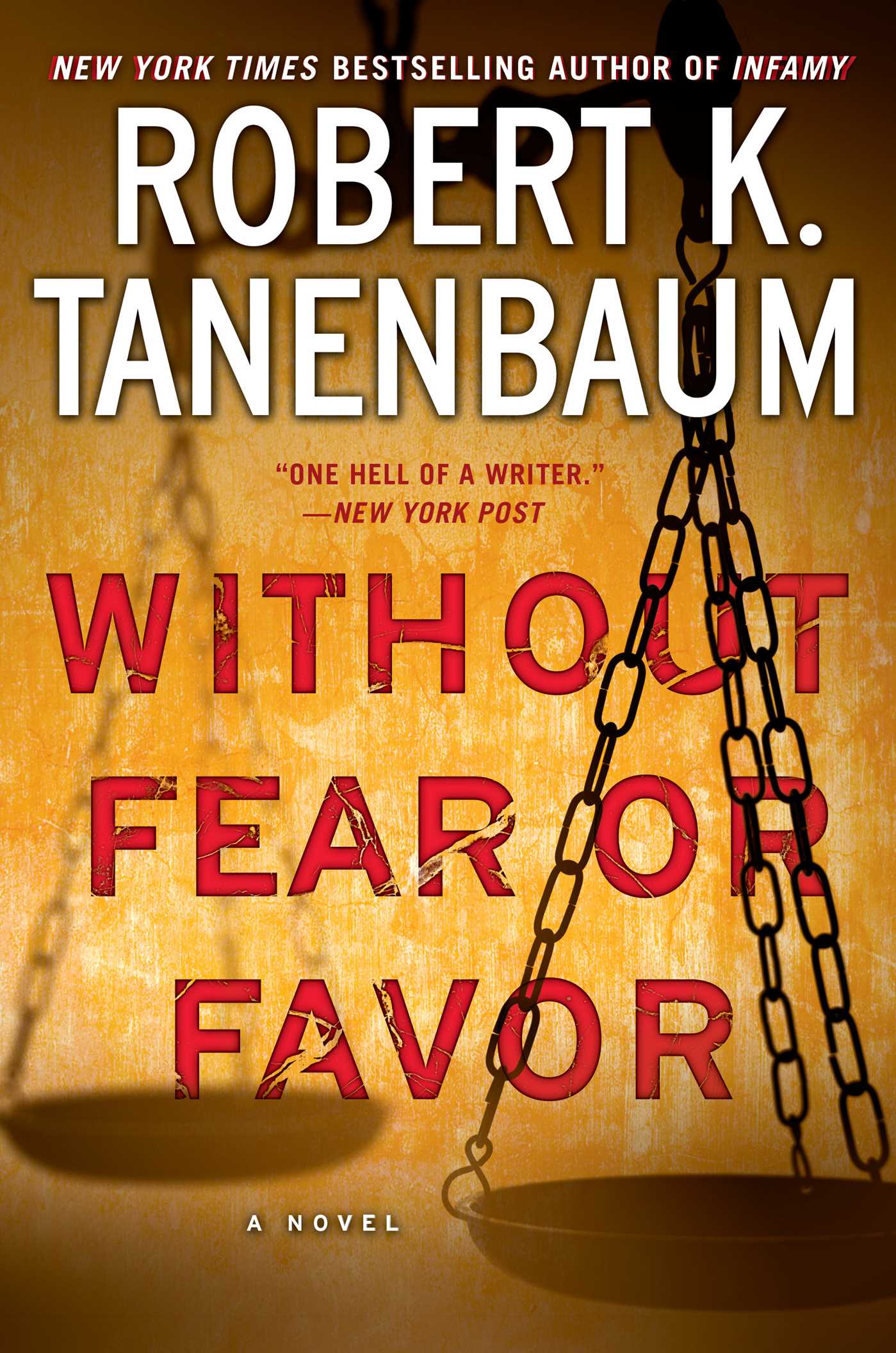 Again the latest answer to Erle Stanley Gardner makes a chilling statement about a current headline-making issue. Without Fear or Favor makes you think about society and how uncivil discourse leads to savage action. One can only hope it will make everyone think before he speaks.

Without fear or favor: what that means

Robert K. Tanenbaum always titles his works with a legal phrase. Without fear or favor means not acting out of fear, or to show favor to a person or group. We hope real public prosecutors and their officers pursue justice in this “objective” way. They don’t always. Consider the sad case of Freddie Gray in Baltimore, Md., in 2015. That case provokes recrimination even today.

In fact, the novel Without Fear or Favor properly begins with a police shooting death. An officer shoots a black man in New York City. Witnesses tell contradictory stories about how many shots rang out. Similar shootings provoked allegations of deliberate police targeting of black people in all American cities. A core group of opportunists raised a cry: “Black lives matter!” They formed an organization that agitates against the police generally, and has done so ever since.

Tanenbaum here takes on “Black Lives Matter” head-on and, to paraphrase his own title, without fear or favor. He shows, like the expert he is,1 the gilt-edge importance of not rushing to judgment. A police investigation presents a mystery. To solve it, a good detective—or public prosecutor—looks beyond the obvious. Erle Stanley Gardner’s LA County DA Hamilton Burger didn’t. (So criminal attorney Perry Mason usually did it for him.) Tanenbaum’s Butch Karp does, in this as in many other cases with which Tanenbaum has entertained us. (See Infamy, Tanenbaum’s latest before this.)

In Without Fear or Favor, Tanenbaum begins with the baseline most people accept. In his New York, “Black Lives Matter” (under a different name) has existed for some years. But in this case, Tanenbaum roundly criticizes those who inflame the public with rhetoric that sets nerves on fire. Tanenbaum finds two faults with this. First, community leaders should calm tensions, not inflame them. Those who so inflame them, typically do so for personal advantage. Second—and more tragically—someone with a sick mind will take such rhetoric as an excuse for hurting others. Such people add tragedy to tragedy. They do so first for their own primary gain, the “jollies” they actually get from hurting people. Then they must cause more hurt to cover up for their earlier crimes. They excuse themselves by repeating words they heard others say—words that, half the time, they repeat for effect only.

But Tanenbaum also takes on the news media. He makes a serious charge we all should take seriously. Some who call themselves reporters (especially television journalists) make deals with people they know are stone-cold killers. They care only about headlines and journalistic awards, and ignore the hurt and bereavement others suffer. In Without Fear or Favor, one such “television journalist” almost causes a death. (This reviewer, as a courtesy to Mr. Tanenbaum, insists you read the book to find out who and how.)

A Robert K. Tanenbaum novel must have a story of redemption and a shadowy avenger. Without Fear or Favor follows the pattern. A close read of this novel will show a character overcoming her own fear—and shame—to tell the truth.

Another character deals out “rough justice” in a way that should have given Mr. Tanenbaum pause. As perhaps it did when he served as a Manhattan County ADA. This character brings closure as the criminal justice system rarely does. (Again, read the book to find out who.) Perhaps Tanenbaum has a larger point to make here: criminal cases often come to “messy” closure, if any. If his novel must have a “messy” ending, that only shows his point with greater clarity.

Without Fear or Favor will provide hours of entertainment—maybe even in one or two sittings. It will also challenge, and inspire, its readers. We must all think before we speak. And we should at least try to do our work without fear or favor.