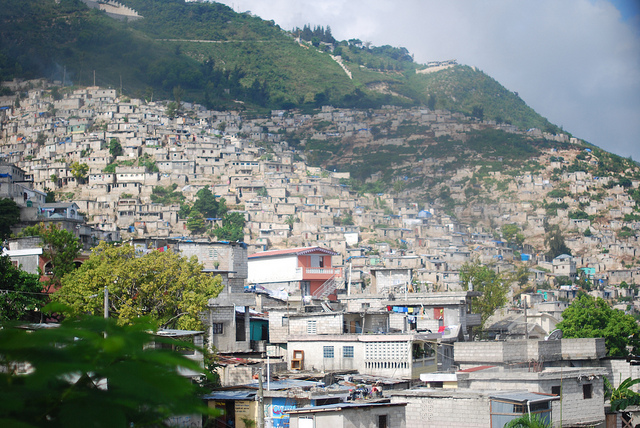 Hello, this is Darrell Castle with today’s Castle Report. On today’s Report I will be talking about the efforts of many Democrat politicians who hold elected offices in the United States to bring this country ever closer to becoming part of the third world. Some of them want smaller amounts of third world than others but some are going full poop hole country right now.

The sanctuary policy started in the United States in the 1980’s when churches in some cities declared themselves sanctuaries for people fleeing the violence of Central America. Not to be out done by a few churches, cities, primarily in California, began to follow the churches’ example. Denver has a very large immigrant population, larger for example, than San Francisco or Philadelphia. It is also the first city to legalize the recreational use of marijuana, and that helps make Denver a place where progressive Democrats feel comfortable in their resistance to the current President and his policies. Denver’s mayor had to do something spectacular then to show how offended he was by President Trump’s referring to certain countries like Haiti as poop holes.

Letting people behave as in Haiti

It turns out that Haiti was referred to as a poop hole because of its lack of a city sewer system and its lack of plumbing for individual houses thus requiring millions to use outhouses, the contents of which are then disposed of in ditches or canals or in the public streets. Michael Hancock, Mayor of Denver was invited to come to the White House to discuss the nation’s infrastructure problems but he declined stating that he would not be intimidated by having the President threaten Denver’s sanctuary status. No conservation with the enemy, ever. These issues can never be resolved because we can never talk to each other about them.

Nevertheless, that’s probably when Mayor Hancock started thinking about how he could make Denver more like Haiti and then it hit him. I’ll just go full poop hole right now, that’ll show him. So he decriminalized defecating and urinating in the public streets and sidewalks. Illegal immigrants coming from third world poop holes like Haiti are used to relieving themselves in public so why not make Denver seem more like home to them. Never mind the lack of sanitation, the smell, the danger of spreading disease, the rodent infestation let alone the appearance of the city, this man Trump has to be resisted at all costs. Should the cost of resistance be the ruining of a once great city, well so what?

As a strange coincidence the Constitution Party has a National Committee meeting scheduled for Denver later this spring. One of my favorite hotels in the country is the Brown Palace in downtown Denver, so perhaps I will get 40 or 50 people together and we will all go relieve ourselves in the street outside the Brown Palace or better yet at City Hall. Sometimes reality is so sad you can only make a joke out of it.

Denver is not the only city to turn its streets into a public sewer, just the only one in America that I know of. The streets of another formerly great city, Paris, France, have also apparently been turned into sewers. Paris has in the neighborhood of 7 to 8 million people and about the same number of rats, according to a number of different organizations. Just Google “Paris rats” or “the rats of Paris” and you will see what I mean. I haven’t been to Paris since all this new immigration started but the city has always had rats, just not this many and not in luxury hotels, public buildings, etc. The rapid and unmanageable explosion in the rat population is believed to be related to the huge immigrant slums and the propensity of the immigrants to relive themselves on the streets.

Once again, ruining one of the great cities of the world is a small price to pay for embracing a global mindset.

There are now more than 200 sanctuary cities in the United States including virtually all of the largest. Boston, New York City, Philadelphia, Washington D.C., Chicago, Detroit, Minneapolis, Milwaukee, Miami, Houston, Portland, San Francisco are all sanctuaries for illegal immigrants, whether subject to deportation orders or not. The entire state of California is a sanctuary state. Should an innocent Californian such as Kate Steinle be murdered, or to be technically correct, killed by a seven-time felon and five-time deported illegal. Well, once again, that’s the price of a global mindset.

Democrat politicians have adopted the best interests of foreigners, whether criminal or not, over the best interests of honest, hardworking American citizens. Recent surveys show that black Americans hold a stronger anti-immigration view than any other group. I suppose they clearly see how their economic futures are being affected, even if the Democrat politicians who speak for them do not. Denver Mayor Michael Hancock is a young black man, but he apparently doesn’t understand or care how immigration affects the black citizens of Denver. Perhaps the Mayor’s hatred of President Trump gets in the way of his understanding. During my 2008 Vice Presidential campaign, when I spoke on the California/Mexican border out in the California desert, I had a large contingent of black Americans with me to protest what immigration was doing to their job prospects.

Golden State not so golden

Never mind the angry-faced Democrats that we saw at the State of the Union Speech, the political debate in California is being pushed further and further to the left. Each up and coming Democrat politician in the self described “state of resistance” must move further left to outdo his opponent. There is no fiscal conservative in sight, not even as conservative as the very liberal very open borders Jerry Brown, who at least paid some attention to California’s fiscal problems. The November 2018 California ballot will more than likely be filled with Democrats. The reason no Republicans, or at least not many, will be on the ballot is because of California’s Top Two law, which means the top two candidates in the primaries, regardless of party, will be on the ballot in November.

The Golden State is not so golden anymore, but it will still more than likely serve as a testing ground for far left policies on immigration, race crime, and other issues. There is no need whatsoever for any politician in California to moderate his views to please anyone. The tactic in that state is very clear, just go left of your opponent and stay there.

The defiance of Federal law from California, Denver, and over 200 other sanctuary cities, amounts to nullification, which was one of the major issues that provoked the American Civil War. The northern states imposed, from Washington, certain laws that the southern states felt were unjust, and the southern states nullified those laws as unconstitutional. Many conservatives today encourage the concept of nullification, should a state legislature or governor believe a federal law to be unconstitutional. Now we have states and cities basically employing the nullification process when Federal law is clearly constitutional so what we seem to have developing is a kind of cold Civil War. It is definitely a Civil War of values and of culture and it is a war to decide what this country will be. So the two views compete to see who will prevail at all levels of government.

I hear many celebrities in Hollywood as well as other prominent people call for the end of traditional America and say they long for that day. I have seen how “celebrities” live. I’ll bet they never have to encounter an illegal immigrant in their lives, except perhaps their cooks and gardeners. They live behind gates and walls and ride to work in limousines ,and in some cases, helicopters. Charles Dickens, in his novel Bleak House referred to that practice as “telescope philanthropy”. You tell other people about your concern and love for the unwashed masses but only from a great distance. The Bible refers to such people as “hypocrites”.

A civil war for the soul

Finally folks, we are in what amounts to a cold Civil War for the soul of America. Who and what will prevail in that war depends to a large extent on demographics, and that is shifting rapidly in favor of the sanctuary cities and states. I urge you to wake up before it’s too late.

DACA: Judicial Activism – Teeing it up for Sonia Sotomayor