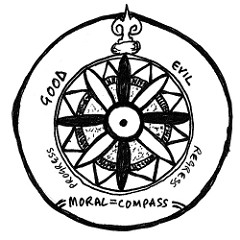 Let’s begin with a brief definition of moral relativism and show how it affected Supreme Court rulings in the United States as well as in Israel.

Moral relativism: what it is, where it comes from

Moral relativism is a university-bred doctrine which has dominated the social sciences and the humanities for many decades. Its clearest definition appears in the work of the seventeenth-century English philosopher Thomas Hobbes. In his famous Leviathan, Hobbes writes:

Whatever is the object of any man’s appetite or desire, that is it which he for his part calleth good; and the object of his hate or aversion, evil … For these words of good [and] evil … are ever used with relation to the person that useth them: there being nothing simply and absolutely so, where there is no commonwealth.

It follows that what one calls “good” or “evil” is no more valid than another’s. All moralities are therefore equal (since none is objectively true). This applies not only to moral values but also to aesthetic values.

From the Supreme Court of the USA

Relativism was blatant in the mentality of U.S. Supreme Court Associate Justice William O. Douglas. For example, in his dissenting opinion in the Ginzburg case involving obscene publications. Justice Douglas held: “I do not think it is permissible to draw lines between the ‘good’ and the ‘bad’ and be true to the constitutional mandate to let all ideas alone.”

“Government,” he continued, “does not sit to reveal where the ‘truth’ is.” Moreover, masochists and homosexuals are nothing more than “somewhat offbeat, non-conformist and odd.” Their desires are just as legitimate as those of “normal” people. To prefer the mode of life of one to that of another is merely a matter of personal “taste.” Ginzburg v. United States, 383 U.S. 463, 489, 491, 492 (1966).

Moral relativism is alive and well in Israel. Thus, in a case involving the Film Censorship Board which had banned pornographic movies, former Chief Justice Aharon Barak overturned the Board’s decision by ruling that nothing can actually be declared pornography, since “one man’s pornography is another man’s art.” (One wonders whether Judge Barak ever beheld a Rembrandt. But then, perhaps he agrees with William James’ witticism, that “a Beethoven string-quartet is nothing more than a scraping of horses’ tails on cats’ bowels.”)

Relativists somehow attain to the highest offices of the state. The late Hebrew University Professor of political science Yehoshafat Harkabi, who served as Director of Israel Military Intelligence, was a cultural relativist. Harkabi, the reputed mentor of Shimon Peres, advocated a Palestinian state. Mr. Peres is known as the architect of the disastrous Oslo Agreement of 1993. Surely he had the advice of Professor Harkabi?

When Benjamin Netanyahu, who is not an avowed moral relativist, was elected Israel’s Prime Minister in February 2009, he nonetheless appointed a cultural relativist – the American- historian Dr. Michael Oren, as Israel’s ambassador to the United States! Oren apparently agrees with the “two-state solution” of his patron. This “solution” places Israel on the same moral level as the Palestinian Authority, which poses no intellectual dilemma for those steeped in moral relativism, whose mental software is egalitarianism.

True, the PA is nothing more than a consortium of terrorist groups – a no brainer for a cultural relativist. However, according to International Law, terrorist organizations are supposed to be punished, not rewarded! But as everyone has learned from the half-educated graduates of academia, “one man’s terrorist is another man’s freedom fighter.” It’s all a matter of taste, like art and pornography. One must be “open-minded.”

Moral relativism closes minds rather than opening them

On which note, recall Allan Bloom’s best-selling book The Closing of the American Mind (1987). What closed the open minds of Americans, says Bloom, is the academic doctrine of relativism, more precisely, multicultural moral relativism.

Dinesh D’Souza’s Illiberal Education (Free Press, 1991), a study of “multiculturalism” on university campuses, provides case studies that support Bloom’s conclusions. Multicultural relativism, he sees, entails a dilemma to any multi-ethnic democracy. The question is: Whose standards are to be used for designing college curriculum? According to one modest academic, “There is no knowledge, no standard, no choice that is objective.”

While relativism thrives in democracy, it undermines any justification for democracy. Such is the pervasive influence of relativism in academia that a document of the American Council of Learned Societies entitled “Speaking for the Humanities” maintains that democracy cannot be justified as a system of government inherently superior to totalitarianism; it is simply an “ideological commitment” that the West has chosen to make.

Relativism was quite prominent among the English intelligentsia, who were in the forefront of the Britain’s appeasement of Nazi Germany. George Orwell writes: “I do not think it an exaggeration to say that if the ‘intellectuals’ had done their work a little more thoroughly, Britain would have surrendered in 1940.” (III, 339).

Since moral relativism permeates “higher education,” it cannot but penetrate, however subtly, the mentality of those who shape a nation’s foreign policies, be it a colossus like the United States with benign democracies surrounding it, or minuscule Israel with hostile Arab autocracies surrounding it. (For the influence of moral relativism on American foreign policy, see Paul Eidelberg, On the Silence of the Declaration of Independence (University of Massachusetts Press, 1976), ch. 3; and An American Political Scientist in Israel (Lexington Books, 2010), Chs. 1 and 6.

Moral relativism is not merely an academic doctrine; it verges on a mental disorder as I show in Demophrenia: Israel and the Malaise of Democracy (Prescott Press, 1994).

Relativism cannot but undermine the established beliefs of the community. This doctrine permeated England’s “intelligentsia” in the 1930s. Leftwing intellectuals advocated appeasement of Nazi Germany. England would have surrendered in 1940 were it not for Churchill and America.

Relativism has been undermining America for decades. However, a counterforce to relativism surfaced with the election of Donald Trump. His slogan “Making America Great Again” is the antidote to the multicultural moral relativism or equivalency that entered the White House with Barack Obama.

The election of Trump amounts to counter-revolution! ☼

Federal and State Protections for Muslims Promoting Death, Torture, Terrorism to Un-Believers in America? The Law Says Otherwise, So Does Common Sense!