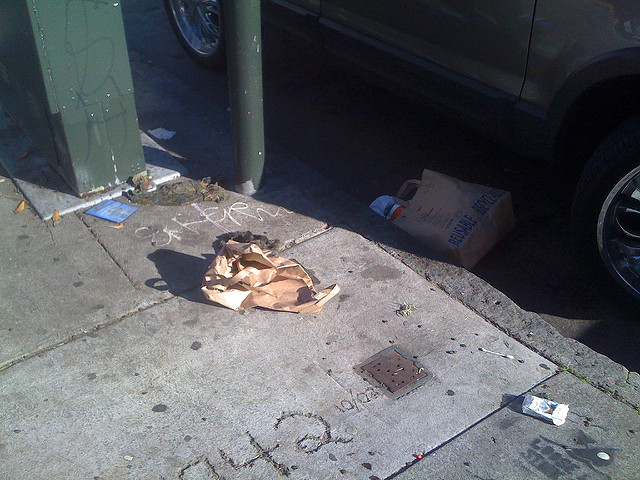 Hello, this is Darrell Castle with today’s Castle Report. On this Report I once again rise in defense of my civilization. I watched with great interest portions of Nancy Pelosi’s marathon speech, primarily on illegal immigration, given the other day in Congress. I wonder how she could be much affected by the destruction of civilization in California. How could she even be aware of what Victor Davis Hanson has called the “reversal of civilization” in California? Living on her Northern California estate in palatial luxury, and in her multimillionaire lifestyle, she remains above and excluded from the policies she insists the rest of us accept.

Third world immigration and its consequences

She is exempt from the consequences of open borders and massive immigration from the third world. NBC in the Bay area recently did a study of more than 153 blocks in San Francisco. When I read the report entitled “Diseased Streets” , my first thought was that this nation has lost the will to defend itself, but then I read Mr. Hanson’s article and I realized that civilization itself is being deconstructed before our eyes.

How bad is it? Let me share a few words from the NBC report:

Dozens of needles litter the streets on every block along with urine, feces, and trash. The teachers say they just tell the children that those things are full of germs, dangerous, and should not be touched. What it is, and why, is a conversation that is a little difficult to have with a small child. Mothers walk their children to school and often pull them around piles of needles and human waste. Folks, let me remind you that I am talking about San Francisco, not India.

Dr. Lee Riley an infectious disease expert at The University of California Berkeley, warned that once fecal matter dries it can become airborne, releasing potentially dangerous viruses, such as the rotavirus. The results of inhaling it can prove fatal he said, especially in children. Dr. Riley has researched conditions in some of the worst slums across the world and has written a book entitled “Slum Health” , in which he examines health conditions created by extreme poverty.

“The contamination is much greater than communities in Brazil or Kenya or India”, he said. In those countries slum dwellings are often long term homes for families and so there is an attempt to make the surroundings more livable. The result in San Francisco is often extreme contamination.

City Supervisor Hillary Ronen believes she has the solution, though. “Unacceptable, absolutely unacceptable”, she said “we’re losing tourists; we’re losing conventions in San Francisco. All of this is happening because we aren’t addressing the root, which is we need more temporary beds for street homelessness.” So there you have it folks, if we provide more temporary beds for the homeless San Francisco’s relentless slide into the third world will be halted.

Millions for cleaning the sidewalks

Supervisor Ronen wants to find the revenue to provide the beds whether its raising business taxes by ballot initiative, or taking a looking at reallocating the general fund to take it from some other place in the city. The 2016-2017 budget for San Francisco Public works includes $60.1 million for Street Environmental Services. The budget has nearly doubled over the last five years but apparently it isn’t nearly enough. Sidewalks are the responsibility of property owners but the contamination in San Francisco is so severe that Public Works has inherited the problem of washing the sidewalks. $30 million of the budget goes to cleaning up needles and feces from homeless encampments and sidewalks.

A single pile of human waste takes at least 30 minutes to clean according to Public Works. The steamer comes and must park. Then the portable steamer comes out to disinfect, steam clean roll up and go. There’s a human tragedy developing in San Francisco, according to Supervisor Ronen. Well, amen to that, and its one of the most truthful things she has said so far. It’s a human tragedy and a national tragedy, so welcome to the beautiful third world sewer that is the sanctuary city of San Francisco.

The Golden State is not so golden anymore. It is apparently content to allow its politicians to drive it beneath third world status. The illegal immigrants continue to arrive making the problem ever greater. They arrive in the Golden State and encounter a lost civilization prostrate before them, unable or unwilling to defend itself. California seems to have given up, if it ever had the thought, any pretense that immigrants would all melt into a giant pot called America. Instead the people of California seem content to borrow more money, or raise taxes higher in a vain attempt to clean up after them.

Mr. Hanson points out that California, and American culture in general, has adopted a belief that because of some perceived past sins, we must put up with this invasion. 20% of the state’s population lives below the poverty line whereas the nation as a whole is about 3%. Thanks to illegal immigration, one-third of the nation’s welfare recipients lives in California. One in four residents of that state was not born in the United States, one-half of all immigrant households receives some sort of government assistance, and one in four homeless people lives in California.

According to Mr. Hanson, about $30 billion will be sent home to Mexico this year by illegal residents in America, wired largely by the reported 11 million illegal immigrants, which means per capita, about $2,700 per year. A household of five would average about $1100 per month wired home to Mexico. Very little of that would be possible without the very generous welfare support of the American taxpayer. Perhaps the remittances could be taxed to build the wall, or welfare decreased or stopped if there is a remittance. Perhaps welfare could be cut off completely for illegal immigrants and perhaps some would then self deport.

However the California solution is always the same: the law abiding must adjust to the non-law-abiding.

Mr. Hanson uses the term “civilization in reverse”. I am all about defending Western Civilization, but in California you can actually see it going in reverse. I invite you to take a vacation in the Golden State where you will see decrepit infrastructure, unimaginable traffic, horrible public schools, unaffordable home prices, cities full of needles and human waste.

At the same time the state is going in reverse, backward to third world status as quickly as possible, the private sector in the Golden State is very golden indeed. Silicon Valley, Tesla and other new cars, solar energy, internet service, smart phones, and other things of the 21st century private sector are 1st world indeed. Anything involving the state and its rules and bureaucracy is something to overcome and negotiate away.

Now in closing let’s look at something a real leader with real courage said recently. These words are from Julia Gillard, Prime Minister of Australia:

Immigrants, not Australians, must adapt…take it or leave it. I am tired of this nation worrying about whether we are offending some individual or their culture.

This culture has been developed over centuries of struggles, trials and victories by millions of men and women who have sought freedom. We speak mainly English, not Spanish, Lebanese, Arabic, Chinese, Japanese, Russian, or any other language. Therefore if you wish to become part of our society, learn the language!

Most Australians believe in God. This is not some Christian, right wing, political push, but a fact, because Christian men and women, on Christian principles, founded this nation, and this is clearly documented. It is certainly appropriate to display it on the walls of our schools. If God offends you, then I suggest you consider another part of the world as your new home, because God is part of our culture.

We will accept your beliefs, and will not question why. All we ask is that you accept ours, and live in harmony and peaceful enjoyment with us.

This is our country, our land, and our lifestyle, and we will allow you every opportunity to enjoy all this. But once you are done complaining, whining, and griping about our flag, our pledge, our Christian beliefs, or our way of life, I highly encourage you to take advantage of one other great Australian freedom, the right to leave.

If you aren’t happy here, leave. We don’t force you to come here. You asked to be here. So accept the country that accepted you.

If Australia can say this, why can’t we?

All I can say to that is good on you, Prime Minister.

Likud and Benjamin Netanyahu: time to call a spade a spade