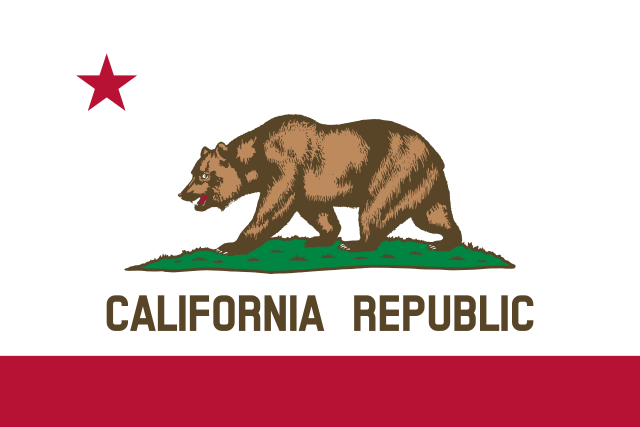 Hello, this is Darrell Castle with today’s Castle Report. Today I will be talking about the conflict that continues to escalate in California as the leadership of that state defies and attempts to nullify Federal law. An interesting reversal of roles has occurred since our last Civil War. Suddenly Governor Jerry Brown sounds like he is channeling John C. Calhoun against Jeff Sessions in the role of Abraham Lincoln, or possibly Ulysses Grant.

California twists the 10th Amendment out of recognition

It seems that California has suddenly discovered the 10th amendment just when it suits that state’s leadership to do so. Until the sanctuary cities and sanctuary state controversy came along, California didn’t seem to care much about the rights of the sovereign states. But now all of a sudden, it does. The controversy basically involves California as a state, along with a number of cities, declaring themselves as sanctuary cities in defiance of federal law on immigration. Sanctuary states and cities purport to serve as sanctuary zones where those crossing the nation’s borders illegally can flee and be free, protected from federal immigration authorities.

California has, in effect, nullified federal law just as the states of the old south did prior to the Civil War. California has done things such as require employers to warn employees that immigration authorities were coming, and even require employers not to cooperate with immigration authorities. When an ICE raid was scheduled in Oakland, supposedly to arrest 800 known criminal aliens, many of them accused of violent crimes such as rape, the mayor of Oakland, Libby Schaaf warned them that the raid was coming and told them to flee. So California seeks to protect even the most violent criminals as long as at least one of their crimes was coming to this country illegally.

Jeff Sessions lays down the law

On March 7th, Attorney General Jeff Sessions gave a speech to the California Peace Officer’s Association in which he announced that the day before he had asked the Department of Justice to file a lawsuit against the State of California seeking to set aside certain California laws which he believes violate federal law. Let me just give you a few quotes from his speech:

There is no nullification. There is no secession. Federal law is ‘the supreme law of the land.’ I would invite any doubters to Gettysburg, and to the graves of John C. Calhoun and Abraham Lincoln. A refusal to apprehend and deport those, especially the criminal element, effectively rejects all immigration law and creates an open borders system. Open borders is a radical, irrational idea that cannot be accepted. The United States of America is not ‘an idea.’ It is a secular nation state with a Constitution, laws, and borders, all of which are designed to protect our nation’s interests.

His credibility is pretty much shot on those issues….California represents the future and they don’t like it. Jeff Sessions has clearly put a target on the back of California and California is going to fight.

Governor Jerry Brown referred to the lawsuit as “an act of war” and part of a “reign of terror.”

California as the future? A closer look

Senator Harris referred to California and its policies regarding illegal aliens as the future. Let’s take a look at what our future actually will look like then, in Senator Harris’ view. The Orange County Register published in its March 8, 2018 edition, a report by the Orange County Public Works Department of its cleanup of one homeless camp in Anaheim, California; just one camp. Here’s what was collected from that one site; 808,000 pounds of garbage and debris, 13,950 used hypodermic needles, 5,279 pounds of human feces waste. 2-3 inches of soil had to be removed from the area and replanted. About 700 people lived in the encampment and they are now being housed in local motels while county outreach workers assess their needs.

That is Anaheim, California, home to Disneyland and the California Angels of Anaheim baseball team, and according to Senator Harris, it represents the future for all of us. Welcome to the future folks. If you think your future looks a lot like a third world sewer then you can thank Senator Harris, Governor Jerry Brown, member of Congress Nancy Pelosi, and many other politicians along with the people who elected them.

The Civil War in California needs to be fought, I suppose, because conditions have gone past diplomacy, debate, and appealing to reason and emotion. None of those things have worked in the past with people who devote themselves to destroying civilization and none of them will work now. Only two outcomes are possible: surrender or force. Surrender means destruction of our civilization and our way of life and so we must refuse to submit. We must be strong in the face of our enemies. I think it was Thucydides who said, “The strong do as they can and the weak suffer what they must.”

Debate and argument with those who run California is non-productive and lowers us to their position of weakness. We should instead concentrate on what we can do, and be strong in it. Through their own internal bickering over who has the highest position of moral superiority our enemies will more than likely destroy themselves.

Debate is pointless for another reason, and that is that our enemies have criminalized dissent and de-platformed honest debate. The very language has been perverted with political correctness, as well as the law, so reasoned debate is impossible. To our enemies, the law is simply a tool to punish those who disagree and those whose opinions are objectionable. They demand that government conspire with them to bring violence and imprisonment upon those who dare to disagree.

No allegiance to the Constitution

This Civil War is different, though. No cavalry charges, no cannon fire, at least not yet. When conservatives threatened nullification and secession because of issues they considered important, they were scoffed at and reminded of the Civil War that “ended all that talk”. But now, the shoe is on the other foot, and Jerry Brown is sounding more like John C. Calhoun every day. Political conflicts sometimes evolve into civil wars because one side refuses to accept the existing authority. California has refused all federal authority over its immigration policy, although immigration into the country is clearly a federal matter.

The Constitution, as the supreme law of the land, was rejected by the nation’s political leadership so long ago that it is hardly worth mentioning. The late Joe Sobran used to say that the Constitution has the same role in America as the British Monarchy in Great Britain; a quaint reminder of our past but having no real authority. As long as the enemy controls the legal authority he will use that authority and rely on it. If he controls the Senate, its decisions are sacrosanct, but if conservatives control it, then it is an outmoded institution. Their regard for the Supreme Court and lower courts is the same. There is no allegiance to the legal system within our enemies, and no fondness for the civilization that we revere.

All the rest of us, the enemy believes, will soon disappear, to be replaced by compliant immigrants and useful college students. That’s right folks; people like us are going to be replaced. That’s what our fathers fought for at Omaha Beach.

From the various dissident victim groups a vast voting block is assembled and grows by the day. California has turned what was already a cultural and ideological revolution into an attempted legal one. The secessionists of the Old South just wanted the North to go away and leave them alone, but these secessionists insist that the whole world follow them. Their ideology must prevail and to make sure that it does they will not accept the outcome of elections and they will not allow a peaceful transfer of power.

Free elections on a national scale represent the will of a majority of people, and those are people that our enemies absolutely despise. The enemy doesn’t want or care about free elections. This is a political power struggle for the basest of reasons, i.e., to acquire the coercive authority of government force in order to inflict their will, their ideology, on the rest of us.

If Trump Is King Cyrus, Then What Does it Say About the American Church

The Jihadi and the Social Justice Warrior