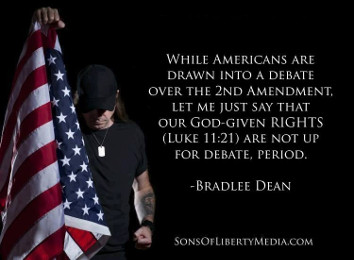 “The short memories of Americans is what keeps these false flag attacks moving forward.” The Marjory Stoneman Douglas High School in Parkland, Florida, has 70 cameras. Officials have released footage from only four of them. And even today we see Facebook, YouTube, Twitter scrubbing the eye and ear witnesses as to what contradicted the CIA-controlled narrative when it came to what allegedly took place at the school.

(We found the ones that have been reposted)

Student Alexa Meidnik was talking with Nikolas Cruz during this alleged shooting.

Snope “Fact Checkers” claim that this was a false report!

Parkland Teacher’s First Thoughts After Seeing Shooter: “Why Are The Police Here?”

“Useful Idiot” David Hogg’ was coached by the propagandists (Thanks to Vimeo this one was restored.).

Parkland, Florida High School Student Reveals There Was A Scheduled Police Drill On Day Of Shooting

The media push their narrative

CNN pushed for a gun debate within 2 days without a shred of evidence released to the American people of what took place inside of that school.

Then, we witnessed a national walk-out of students who are being used to throw-off the old form of government in an attempt to bring in the new.

Of course, the CIA-controlled media would have you overlook the students nationwide who walked out in support of the 2nd Amendment.

CNN is so rabidly anti-Second Amendment that they went so far as to broadcast a fake news story about an AR-15 purchase.

Are the American people going to figure out the games that conspirators play?

They now have the sheeple in America’s attention off of what it needed to be on, and that was a derelict deputy outside of the high school building.

This reminds me of the John F. Kennedy assassination. Over 200 people ran to the grassy knoll where they claimed that the shots were fired from, including 2 police officers, and the television cameras diverted the viewers to the book depository (Isaiah 5:20).

So obvious is this false flag event (Jeremiah 11:9) that CBS reported on March 16, 2018 the deputy outside of the building who “failed to protect.”

They talk out of both sides of their mouths. How does this fit the anti-gunners narrative?)

It was reported that the Broward County Sheriff’s office (which has had 66 open investigations into his department from drug trafficking to kidnapping), under Sheriff Scott Israel, released 27 minutes of surveillance which came from 4 cameras from the roughly 70 security cameras at the school.

They didn’t release any videos that showed the shooter, just the ones that focused on what Deputy Scott Peterson did as chaos unfolded.

A right, not a privilege

Yet, they have Americans in a debate over the 2nd Amendment? Our God given RIGHTS (Luke 11:21) are not up for debate, period.

Resistance to tyranny becomes the Christian and social duty of each individual. … Continue steadfast and, with a proper sense of your dependence on God, nobly defend those rights which heaven gave, and no man ought to take from us. – John Hancock.

The 2nd Amendment is a God-Given RIGHT, Americans, not a Privilege!

[…] Parkland: keeping you outside the building […]

[…] And finally, we don’t know whether whoever fired the shots really had a genuine beef with any of his targets. For all we do or can know, this was a false-flag pseudo-operation. We’ve seen this before – for instance, at Margery Stoneman Douglas High School in Parkland, Florida. Contributor Bradlee Dean covered that one, in two articles. […]

[…] Florida? Contributor Bradlee Dean smelled several rats with that one. See his articles here and here. Only a few videos survive a YouTube purge. But this one is most […]