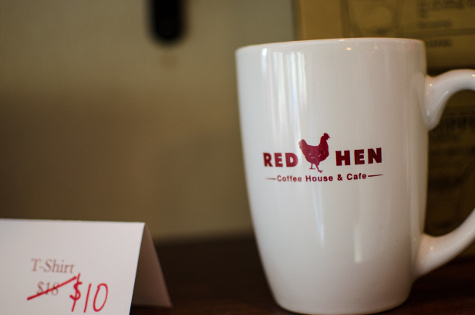 Hello this is Darrell Castle with today’s Castle Report. Today I will be talking about how losing the 2016 presidential election to Donald Trump has literally driven many Democrats, especially Democrat politicians, into a rage bordering on madness. They seem so unable to accept the fact that 63 million people rejected their ideas and voted for change thus depriving them of the power to force others to fund their ideas that rage and madness have resulted. Despite all the bad news, all the rage and madness from the left, as we shall see, there are reasons for at least cautious optimism.

Unfocused rage on the left

Democrats are apparently so deluded as to why their candidate, Hillary Clinton, lost to Donald Trump that they think their brand of violent rage, which includes of public shaming of any official working for the Trump administration, will somehow convince voters to give them back the majority of House and Senate seats come November 2018. Their hatred of Donald Trump has never been more obviously directed at all the rest of us who reject their vision of what America should be.

All semblances of decorum and class, if any ever existed among them, have been lost. They openly encourage the assembling of mobs to shame and inconvenience anyone connected to the Trump administration who dares to venture out in public. They are apparently so deluded that they think that will encourage the American people to give them back their political majority.

Maxine Waters, Congresswoman from California, tells us, “you ain’t seen nothing yet” and “this is just the beginning”. She is making threats that one should assume she intends to back up. There have in fact been threats of domestic terrorism as part of that, “this is only the beginning” quote. I quote from an article by Hamilton Nolan in Splinter entitled “This is Just the Beginning”. In the article he asked questions of sane people i.e. those more conservative than him. “Do you think that being asked to leave a restaurant, or having your meal interrupted, or being called by the public is bad? My fascism-enabling friends, this is only the beginning.”

Later he tells us exactly what he meant:

The U.S. had thousands of domestic bombings per year in the early 1970’s. This is what happens when citizens decide en masse that their political system is corrupt, racist, and unresponsive. The people out of power have only just begun to flex their dissatisfaction. The day will come, sooner than you all think, when Trump administration officials will look back fondly on a time when all they had to worry about was getting hollered at in a Mexican restaurant.

Carrying out those threats

So he is telling us, no warning us, that domestic terrorism is coming to U.S. cities because he and his left wing friends did not get their way. He actually seems to crave violent conflict with longing and fondness. This man is not just some crackpot although he does seem to be nuts. He has written for the New York Times and in leftist circles appears to be quite popular. He is careful not to openly call for violence but he does say that it is time to start fighting. “The people that are responsible for this are not going to get out of this with their happy, wealthy lives unscathed.” That’s you and me that he’s talking about folks. His article has been read more than 798,000 times.

The radical left of the Democrat Party are quite clear about what they have planned for America if they can’t take control of it at the voting booth, and their plan is already starting to some degree. Congresswoman Maxine Waters recently encouraged her followers with this: “Let’s make sure we show up wherever we have to show up. And if you see anybody from that Cabinet in a restaurant, in a department store, at a gasoline station, you get out and you create a crowd, and you push back on them. And you tell them they’re not welcome anymore, anywhere. We’ve got to get the children connected to their parents.” She went on to say that “God is on our side.”

In response the President tweeted, “Congratulations to Maxine Waters, whose crazy rants have made her, together with Nancy Pelosi, the unhinged face of the Democratic Party. Together, they will make America weak again! But have no fear, America is now stronger than ever before, and I’m not going anywhere!”

What I would tell her and Mr. Nolan is this: There are about 400 million guns in this country and several billion rounds of ammunition so if you want to take this country by violent confrontation, you might not find the nation of sheep you apparently imagine being there.

Press Secretary Sarah Huckabee Sanders was recently booted out of the Red Hen Restaurant in Lexington, Virginia, because the owner found out that she was with the Trump administration. Sarah and her husband went home but members of her family went across the street to another restaurant. The owner of the Red Hen, his wife and son looking all virtuous in their pink caps followed them, organized a protest and harassed them at that restaurant too.

Kirstjen Nielson, secretary of Homeland Security was hounded out of a restaurant in D.C. by a mob who continued their harassment at her home. One DHS official had a dead, decapitated rodent left on his front porch and other DHS employees have been continually harassed.

The non-response from Democrats

Democrats, especially their politicians, have been rather quiet about the harassment. There have been no calls to my knowledge for an end to violence against women and bullying in general. Nancy Pelosi did offer a weak rebuke to her old friend Maxine Waters. “Trump’s daily lack of civility has provoked responses that are predictable but unacceptable. As we go forward, we must conduct elections in a way that achieves unity from sea to shining sea.” Chuck Schumer also called for civility in our discourse.

The owners of the Red Inn Restaurant decided, for what they called reasons of morality, to ask Sarah Sanders to leave and I support their right to do so. It’s their restaurant and I am an advocate of freedom of association and all that entails. While I think they had a right to ask her to leave, that doesn’t exempt them from the consequences of their actions. Sarah tweeted her response; “Last night I was told by the owner of Red Hen in Lexington, Va to leave because I work for POTUS and I politely left. Her actions say far more about her than about me. I always do my best to treat people, including those I disagree with, respectfully and will continue to do so.”

That tweet apparently generated lots of phone calls and emails to Red Hen which was closed this past weekend, normally the busiest time. Due to a fall off in business and bad reviews on their web site, some have started referring to the restaurant as the dead hen. Their right to determine who eats in their restaurant doesn’t extend to following people down the street screaming and harassing them and the public seems to recognize that fact.

So where is the reason for cautious optimism? Well, apparently many Democrats are starting to fear that Donald Trump is actually starting the process of making America great again and that would not be good for them. No, they need a weak and divided America in order to keep their coalition together. There are reasons to feel the beginnings of optimism starting to appear.

Recent Supreme Court decisions such as the one recognizing the age old right of the President to determine immigration and control borders for the security of the nation, as well as the decision that public employee unions can no longer force their members to fund their left wing, i.e. Democrat activism are both very good news. To top of the Supreme Court optimism, there was the announcement of the retirement of Anthony Kennedy which will allow Trump’s second Appointment.

Slow progress is starting to appear on the border and with the right of America to decide who comes here and doesn’t becoming gradually understood. People are perhaps starting to reject Hollywood’s message of vile, obscene filth. The reaction of the public to the shaming and harassment of Administration officials has embarrassed even some Democrats.

To top it off there has been a series of successful foreign policy decisions that I count as optimistic. The summit with Kim Jong Un of North Korea, now the summit with Vladimir Putin of Russia has been set, and various trade deals are starting to benefit America. Jobs are returning to American workers so they don’t have to beg Democrats for bread.

Who is their god?

All this optimism is just more than most Democrats can stand so they threaten domestic terrorism, they rant and rave, and they encourage harassment of public officials. Maxine Waters said that God is on their side and I guess that’s true if you understand who and what the Democrat god is. When people no longer have the true God because they have rejected him, they need something to call on and for them it’s the state and state power to force compliance with their wishes. The coercive, all-powerful state is their god.