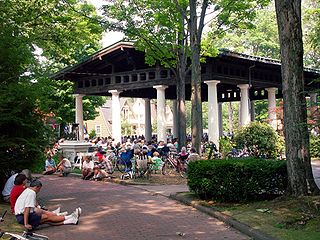 In this age, there have risen up in America, men who speak perverse things. There are many that trouble us with their philosophies and novel interpretations, by which they deny the doctrines they profess to teach and undermine the faith and purpose they are pledged to maintain.

It is well that some of us, who know what we believe and have no secret meanings for our words, should just put our foot down and maintain our standing, holding forth the word of life, and plainly declare the foundational truths of the Gospel of Jesus Christ in all aspects of life (Philippians 2:16-18).

Let me give you:

A parable by Charles Spurgeon

In the days of Nero, there was great shortness of food in the city of Rome, although there was an abundance of corn to be purchased at Alexandria. A certain man who owned a vessel went down to the seacoast, and there he noticed many hungry people straining their eyes toward the sea, watching for the vessels that were to come from Egypt with corn. When these vessels came to the shore, one by one, the poor people wrung their hands in bitter disappointment, for on board the galleys there was nothing but sand which the tyrant emperor had compelled them to bring for use in the arena. It was infamous cruelty when men were dying of hunger to command trading vessels to go to and fro, and bring nothing else but sand for gladiatorial shows, when wheat was so greatly needed.

Then the merchant whose vessel was moored by the quay said to his shipmaster, “Take thou good heed that thou bring nothing back with thee from Alexandria but corn; and whereas, aforetime thou hast brought in the vessel a measure or two of sand, bring thou not so much as would lie upon a penny this time. Bring thou nothing else, I say, but wheat: for these people are dying, and now we must keep our vessels for this one business of bringing food for them.” Alas! I have seen certain mighty galleys of late loaded with nothing but mere sand of philosophy and speculation, and I have said within myself, “Nay, but I will bear nothing in my ship but the revealed truth of God, the bread of life so greatly needed by the people.”

Bringing it to the present, I have noticed in recent years that we have some men on the scene who claim to give the answers to America’s godless issues without making reference to the God of Abraham, Isaac, and Jacob that brings about the resolve to the issues (Deuteronomy 4). That is like asking the fallen sinner (without Grace) to instruct and educate the people in righteousness. How that works I don’t know. Yet, as long as the American people have teachers to tickle their itching ears, I guess that the resolve to the lawless issues matters not to many in our country (2 Timothy 4:3-4). How foolish.

Let me describe a few…

In America today we have a very popular Jewish man who loves to debate and play the answer man to college students across the country. He is a man championed by the conservatives (yesterday’s liberals) of the day with a mouth that spills out vulgarities (James 1:26; Ephesians 4:29). I ask, what is the lesson that he wants listeners to learn? This guy does a great job of tearing down misconceptions and propaganda in one part while propping up immorality in another (Galatians 5:9).

This guy wears a Kippah (skull cap) while “educating” Americans on conservatism, and all the while denying the deity of Christ. This is like the scientist discovering God’s Creation, and then denying the Creator and taking praise unto one’s self as a teacher that need educate the creation.

CONSERVATIVE, adjective, Preservative; having power to preserve in a safe or entire state, or from loss, waste or injury.

Jesus said, “Ye are the salt of the earth: but if the salt have lost his savour, wherewith shall it be salted? it is thenceforth good for nothing, but to be cast out, and to be trodden under foot of men.” (Matthew 5:13)

Salt is a preservative to stop putrefaction.

The meaning of Christ’s words is that the salt represents those of great worth and reliability in the honoring of God’s Word without compromise.

It seems almost inevitable, as a law of nature, that a man who is not sound in his life cannot be sound in his judgment. Yet, the people in America put this “conservative” speaker as so. Wisdom will not long hold a seat in the head of that man who has yielded up his heart to folly. A pure theology and a loose morality will never blend.

Then, we have another man who wears sunglasses and dressed up like he is from the 1990s. During his question and answer session to college students, he acts out as if he is some sort of pop culture star when, in fact, he is a full-fledged sodomite (even defending pedophilia) with a whore’s forehead claiming to speak on the behalf of those who call themselves conservatives. He advocates that which God condemns and yet, people act out as if it is wisdom on our part to follow the blind and rebellious. I say that if the ditch is the place where you want to end up, then keep listening, keep following the blind.

We have a couple more that claim to be preachers who use innuendo and filth every step of the way. It’s not a good position to put themselves in (Exodus 20:7) What Bible are these reprobates reading?
Ezekiel 22:26

Today’s Tea Party favorites across the country claim to be some sort of standard among Americans and behind closed doors I have seen are godless, adultery committing drinking hypocrites (1 Corinthians 6:9).

Or how about them favorites on the radio or television that have sold their souls to the golden calves of the day (sponsor’s) who are just UNWILLING to say and do what needs to be said and done. Matthew 23:3 This is why Americans are losing ground year after year, and why it is their backs are up against the wall. Shameful.

These are also the same people giving you the same talking points given to them by the CIA controlled media. Dividing Americans one against another, the left vs the right, the Democrats vs the Republicans, socialists vs the conservatives etc.. Mark 3:25

Remember, Jesus said “Let them alone: they be blind leaders of the blind. And if the blind lead the blind, both shall fall into the ditch.” (Matthew 15:14).

We know that “All scripture is given by inspiration of God, and is profitable for doctrine, for reproof, for correction, for instruction in righteousness.” 2 Timothy 3:16-17 So as Americans we need get back to the Book (the Bible) that will point the way to victory that God promises, yet on His term, not on ours. 2 Corinthians 3:17

God speaks to the heart, not the head

Many of these men are, without a doubt, very intellectual and at the same time very carnal. Let me remind you that God speaks to the heart and not the head. Furthermore, it is simplicity that is in Christ. A child is the model of Heaven (Matthew 18:2-4), not some intellectual philosopher, which by the way in many instances is nothing more than a man giving forth big words with common sense meaning.

How many times these sort of men are found to be without understanding. How could they when it goes no further than their heads and through their mouths? Titus 1:16 Why? Because they cannot quite explain what they do not understand from the heart.

Without the Spirit of God and the Sword of the Spirit (Hebrews 4:12), they are ministering from their own wicked hearts (Jeremiah 17:9), like fighting with a wooden blunt sword. If they preach not the Word of God in the power of the Holy Ghost, I am here to tell you that they are fools for their pains in the effort (2 Corinthians 3:6).

Article posted with permission from Sons Of Liberty Media. Article by Bradlee Dean.

Is this normal or am I in a bad part of town?