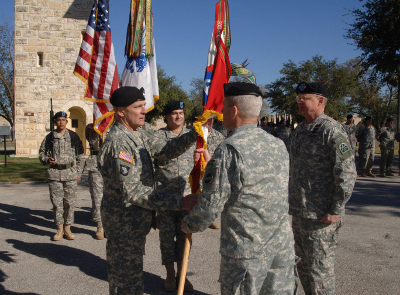 Hello, this is Darrell Castle with today’s Castle Report. Today I will be talking about power and its efforts to break the bonds that wise men have put in place to bind it. For example, we know that James Madison, the father of the Constitution, said “The powers delegated by the proposed Constitution to the federal government are few and defined. Those which remain in the State governments are numerous and indefinite.” The reality that we face today is the opposite of Madison’s intent.

We know from past discussions that power corrupts, and that power is also addictive. Power is akin to a drug in that the more you have the more you want. The desire for power and the acquisition of power corrupts both the mind and the morals. The founders understood that and as a result they created a weak and divided system of government. They didn’t want government to become too powerful because they didn’t even trust themselves to handle the addiction. Power seeks to break its bonds and to control the human population, and that is the essence of today’s Report.

Politics is pretty simple when you really analyze it. Whether we look at examples from history such as the Caesars, Lenin, Stalin, Hitler, or many others, politics is simply the acquisition and retention of power. How can I acquire more power and how can I retain the power I have. If you look carefully at the political system of today you will see that very little has changed from the days of the Roman Empire, except the technology that allows for the acquisition and retention of power on a much greater scale than ever before. Today’s power seekers have the ability to do something never before possible, and that is to control the entire human population. In other words, their addiction has gone global.

The prerequisites of power

In order to acquire and retain vast amounts of power two things are needed:

The people over whom power is exercised must be divided. We are now the most divided people in history. We are certainly divided here in America but the whole world is divided. I have never before witnessed such a complete demonization by each side in today’s divided country. Both seek to acquire more power and, as a result, quite often neither seems to care about what’s best for the whole.

Media pours out a stream of division in the form of propaganda to support its own preferred agenda. The media contributes greatly to the extreme racial division and polarization in the country. Now, 63 years after the onset of the movement for civil rights for all, and almost everyone has accepted it as a reality, we are far more racially polarized than ever.

The Politically Correct movement divides us by changing our language to control how we think. Those of us outside the movement resent the efforts at control and, therefore, we become more and more divided. Orwell warned us about efforts to change and control the way we think by changing our language. His creation was “Newspeak”, a new version of the English language that used all kinds of new words with opposite meanings in order to change the way people think.

The people over whom we exercise power must fear some outside threat. The people must be made to fear a common enemy, a common threat.

For much of my lifetime, the outside threat was nuclear war with the Soviet Union. We were under constant threat of destruction from a nuclear exchange, so vast sums had to be expended on defense.

When the Soviet Union dissolved we all breathed a sigh of relief because we were finally safe, but then along came Muslim terrorism as an excuse for constant fear and war. The war in Syria was cooling off, at least for America, but now the side of the Civil War backed by Russia in favor of the Assad regime seems to be winning, and I suppose that would mean an end to the war, and we can’t let that happen. The State Department said that there is “lots of evidence” that Assad is planning a chemical weapons attack but they are not willing to share any of the intelligence with us.

The Assad forces are apparently massing for an attack on the final rebel stronghold in Idlib, which is a rebel camp near the Turkish border. Mr. Trump appears to be going full Neocon on this by threatening a massive attack against Assad if he carries out a massacre in Idlib. None of us know what’s happening of course, we just trust the media to faithfully report, and then we do our best to understand it. No one will answer the question of why a single American should die to decide who gets to run Syria.Therefore, the biggest fear now is Muslim terrorism, which is used to justify all sorts of control over our liberty and confiscation of the fruits of our labor.

Instead of one common enemy, two different ones

In America today, the division plan has been so successful it has negated the common enemy pillar. To solve that problem, the two Political Parties have developed different ones. The Democrats have white supremacy and the Republicans have Muslim extremism. The result is that, whoever is elected is fine with global power because the Deep State prevails.

Sometimes the power seekers can be satisfied short of a terrified population. In some instances, a distracted one will do, but both terrified and distracted at the same time would be best. People’s attention must be focused on something other than the fact that their leaders are stealing their property and liberty, as well as destroying their civilization along the way. Hollywood is very good at distraction and almost always advocates for more and more power for those it wants to run the lives of everyone else.

Division and fear then, are the desired factors for power seekers. When these things exist people will give their leaders great power over how they are governed and controlled.

They’re opposed to personal freedom, capitalism, economic liberty, free thought, and all the other things that make up the history of Western or Christian Civilization. The concepts of Western Civilization are just about dead now, so efforts to destroy them have been very successful.

I’ll give you a recent example: the other day my wife and I were given two, $250 each tickets by a friend in the restaurant business. The event was a charity event held in my city of Memphis, Tennessee to raise money for the zoo. Many of the city’s best restaurants, about 100 in all, come to the zoo and give away their food to the guests. The event was billed as “semi-formal” so we went dressed semi-formally. There were many different kinds of people there but mostly 20 and 30 something’s, including two young women completely naked except for a little body paint. Those were just the most outlandish people there, but needless to say, it was not semi-formal.

That event just emphasized to us that the world has changed and the ground has moved under our feet as we spent the last 40 years working and raising our daughter. The civilization that we have always known is gone, on at least a majority scale.

Immigration has been partially to blame, as it has been used to build a coalition in favor of the destruction of our traditional way of life to gain power for a few over the many. The calls for open borders and for the elimination of ICE, etc., will transform or even eliminate America as we have known it, as well as change the electorate into people more accepting of unlimited power and world government without a rule of law. Immigration into Europe has helped to transpose the religious makeup of the European Union. The continent that birthed Western Civilization is Christian no more and the United States is rapidly following it.

What is the most necessary thing needed to bring into being the obedience and control that I am talking about? Stalin was once told that someday there would be a screen in every home and he saw the vision of a population of one mind controlled by one central source. Now we have screens in every living room, den, kitchen, bedroom, restaurant, bar, airport departure gate but not even Orwell could conceive of a screen in each pocket. All minds are merged with a single message controlled by one centralized voice. Every brain in the western world is now controlled by a screen. Even babies have their own screens to control them.

So, the few spread fear and terror in order to divide and control the human population. The many, believing them, offer their blood in exchange for leadership and guidance to some promised land, which never seems to come because if it did, the many wouldn’t need a leader anymore. To those holding or seeking power, God is just another tool to psychologically manipulate enough people to succeed.

Finally, folks, murder is usually thought of as the most serious of all crimes, not necessarily because it is the most heinous offense against the person, but because the state reserves to itself and only itself the legal authority to inflict violence and to take life from those who haven’t harmed anyone, and that ability, that legal authority, is the root of all power.

A matter of humanity