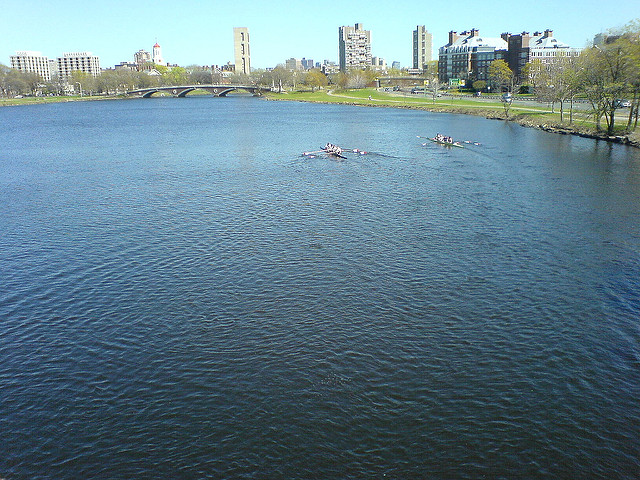 I am a capitalist. I believe in capitalism because it is foundational to upward mobility, the middle class, ordered liberty, and the individual freedoms guaranteed by our Constitution. So, what is the problem with capitalism?

Advertising: the driving force of capitalism …

Capitalism is driven factually by supply and demand but artificially by the marketing and advertising industries that hawk its products. So, if a particular business or industry is suffering from lack of sales – it can hire a marketing firm to create an artificial demand for its products. Those products may or may not be beneficial to the public. For decades tobacco was marketed and advertised as elegant, sophisticated, and desirable even though it was a known cancer-causing killer. Buyer beware is the operating principle in a market economy.

Products are ordinarily considered to be goods and services, but what if the product is ideology?

The publishing of Alexander Solzhenitsyn’s Gulag Archipelago (1973) destroyed any Western fantasies about collectivist ideology and life under communism/socialism when individual liberties are surrendered to the state. Socialism needed a new image if it was going to sell. How was the Left going to market collectivism?

In Matthew Continetti’s brilliant lecture titled “The Problem of Identity Politics and Its Solution” given on October 24, 2017 at Hillsdale College he explores the challenge for the Left.

How to carry on the fight against capitalism when its major ideological alternative was no longer viable? The Left found its answer in an identity politics that grew out of anti-colonialism. Marx’s class struggle was reformulated into an ethno-racial struggle – a ceaseless competition between colonizer and colonized, victimizer and victim, oppressor and oppressed. Instead of presenting collectivism and central planning as the gateway to the realization of genuine freedom, the new multiculturalist Left turned to unmasking the supposed power relations that subordinated minorities and exploited third world nations.

The Left had a new marketing, lobbying, and advertising strategy that targeted American universities and then K-12. American education was chosen as the vulnerable soft target for revolution – no bullets required. The long-term strategy was that two generations of leftist educational indoctrination would transform America from a capitalist constitutional republic into the socialist state required for internationalized one world government. It was a two-fisted approach that softened the targets (future voters) in school to accept the seismic political shifts that would come. This is how it works.

From Woodstock to the faculty lounge

The radical leftists on campus in the 60s did not go quietly into the night after Woodstock – they graduated and became the teachers, professors, text book writers, psychologists, sociologists, politicians, and decision makers in charge of public education including curriculum content that reflected their anti-American bias and globalist views. Gradually the individualism and critical think skills that had created the vibrant, independent, upwardly mobile middle class and supported the American dream were deliberately dumbed down to encourage dependence, collectivism, group think, and a victim mentality.

In a sweeping effort that eventually transformed public education, collectivism was repackaged, marketed, lobbied, advertised, and sold to an unsuspecting American public. The former pro-American curricula that proudly promoted individualism, the meritocracy, capitalism, and the middle class was replaced. The revised curricula teaches American students to be anti-American, self-loathing, dependent, fragile collectivists, and unapologetically preaches global citizenship in a new world order.

Many people take public education for granted and do not realize that public education made the American dream possible. Public education supports American freedom and distinguished America from societies across the globe where centralized governments including monarchies, caste systems, despotic regimes of communism, socialism, defined their citizens’ futures.

Immigration then and now

The American dream reflected the possibilities and potentials for upward mobility in America. Legal immigrants who came to America seeking a better life understood that public education was the gateway to success in America. Those immigrants worked, assimilated, and sent their children to school to learn English and have a chance to realize the American dream.

It is essential to remember that the transformation of public education was in service to the political ideology of the Left that embraced collectivism and rejected capitalism. In order to destroy capitalism the Left took aim at the economy of the existing middle class. This effort reached a crescendo during Obama’s eight year promise to fundamentally transform America. His crushing economic policies:

The current midterm illegal migrant invasion threatening our southern border is the apotheosis of Leftist political maneuvering designed to completely overwhelm the American welfare system and destroy its capitalist infrastructure. Socialists Cloward and Piven provided the paradigm for economic collapse by deliberately overloading the American welfare system. The menacing midterm illegal migrant invasion marching toward our southern border is a catastrophic economic overload to our welfare system if allowed to breach our borders. It is Cloward and Piven’s destructive economic paradigm on steroids deliberately staged to produce the most damaging optics in hopes of swinging the midterm elections toward the leftist Democrats.

The caravan goal is not relief for refugees – the goal is to overwhelm the welfare system and finally collapse the US economy. If the midterm caravan successfully breaches the US borders another caravan will immediately follow – and then another – and then another.

The marketing of an anti-market program

The Leftist movement has been repackaged, marketed, and advertised as a multicultural religion. There is zero chance of separating a religious zealot from his religious beliefs which is why the identity politics of the left are so effective. The inconvenient facts of Leftist hypocrisy do not get in their way. Jews march with anti-semites. Women march with misogynists. Homosexuals march with homophobes. The Left unapologetically marches with Linda Sarsour despite her anti-American sharia law tenets including wife beating, child marriage, rape, murder of infidels, and “honor” killing. The stunning hypocrisy of the Left is completely ignored because the overarching and unifying principle is their shared hatred for President Trump.

The educational system has successfully dumbed down and indoctrinated half the American population into believing that socialism will bring social justice and income equality. The Leftist mainstream media, Internet behemoths, and Hollywood glitterati are facilitating the messaging and participating in the unifying attack against America-first President Donald Trump because he is the existential enemy of socialism.

America has reached the political tipping point and tomorrow’s midterm election will determine our future.

A crisis calls for critical thinking

I believe in facts, critical thinking, and informed consent. I believe Solzhenitsyn. I believe the words of those who have suffered under communist/socialist regimes not the marketing promises of Leftist Democrat political leaders falsely advertising the benefits of collectivism. The Gulag Archipelago described the collectivist nightmare and serves as a stark warning to America.

We must reject Leftist Democrat collectivism and remember it is just Solzhenitsyn’s Gulag renamed and marketed as identity politics.

We must support President Trump’s vision of a sovereign, safe, secure, free America.

Jair Bolsonaro, the Trump of the Tropics