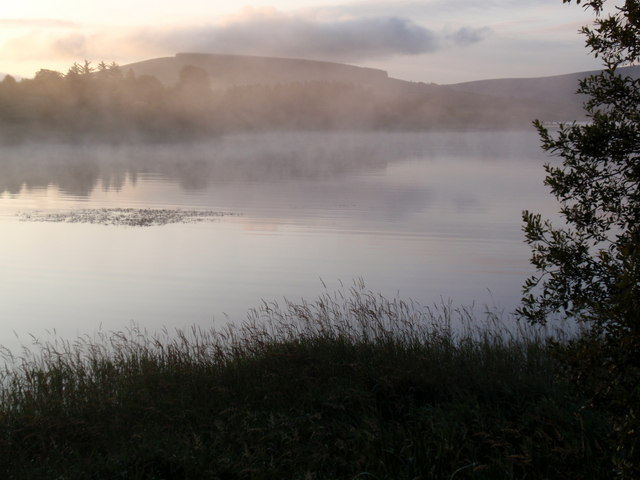 Hello this is Darrell Castle with today’s Castle Report. Since St. Patrick’s Day has just passed, I will be talking about Ireland. I seek to uncover what is going on there. Specifically I will discuss what is happening on the Emerald Isle with regard to the Catholic faith and what has caused it to happen.

St. Patrick’s Day brings back a lot of memories to me, especially of the friends I knew during my military service who were of Irish descent. We were all young, around 22 or 23 years old, and while I was stationed at Quantico near Washington D.C. we used to take the Eastern Shuttle up to New York or Boston for St. Patrick’s Day weekend. Those Irish guys were always a lot of fun but a word of caution is in order.

My advice is to be very cautious about going out on St. Patrick’s Day to have a couple of glasses of Guinness with a few guys named Casey, Quinn, and so forth, because it will not end well I can promise you that. For me though, Winston Churchill’s quote about whiskey is true for Guinness, and that is that I have taken a lot more from Guinness than Guinness has taken from me.

Ireland and the Irish today

What about today? What’s going on in Ireland today? The Irish are an angry and deeply troubled people right now, so let’s look at what may have caused the sudden changes in that nation over the last few years. Ireland has traditionally been the most conservative and most Catholic country in Europe and, perhaps, in the world. Despite their reputation for drinking and fighting the Irish have always been devoutly Catholic people, until recently, that is.

For example, Pope John Paul ll visited Ireland from September 29 to October 1, 1979, so three days including travel. John Paul was the first Pope in history to visit Ireland. He made his visit a call for peace and an end to the sectarian violence there. When he left his plane he was greeted by the President of Ireland, then flew by helicopter to his first mass where 1.2 million people came out to hear him. That number was one-third of the entire population of the country. In the three days he was there, 2.5 million people heard him live and that was two-thirds of the entire population. He passed along the streets in his bulletproof, glass-enclosed “pope mobile”, and 750,000 people lined the streets just to see him pass by.

When the Irish revered the Pope

Why would almost the entire population of the country receive any man with such joy and excitement? This particular man was loved in a special way and he was also the Vicar of Christ, as they saw it. He sat in Peter’s seat and he was the earthly embodiment of their faith which meant everything to them. The Irish have suffered so much over the centuries from sectarian violence, starvation, and many other things, that the Catholic Church was the one thing they had, the only thing, that was a stable fixture in their lives. It was the place of refuge for their souls and the one place they could trust with their children.

By the way, I’m not Catholic so if I get Catholic protocol a little off, forgive me. I can assure you that I have the utmost respect for members of the Catholic faith and for what the Catholic Church has meant and should still mean in America. However, Catholicism is a centralized top down faith and that makes the problems, accusations, and charges harder to defend. I just examine the facts that have been discovered and somehow try to make sense of something that makes no sense.

Orphan and poor child care in the USA and Ireland

In the United States, certain private organizations run some child care facilities under government supervision, but for the most part the care of children without parents, poor indigent children, has been taken over by the government. Here in America being “in the system” means child protective services or some such government agency. I read a recent report on child sex trafficking which revealed that 85% of child sex trafficking in America comes through the government agencies. In private facilities there is at least a chance that someone there will actually care for and about the children under their charge, but that’s how it’s done in America.

In Ireland by contrast, going back at least to the 1930’s, if not earlier, the care of poor, indigent, and orphaned children has been conducted by the Catholic Church. The orphanages and houses for poor children are Catholic Church organizations run by nuns and priests, and over seen by higher ups in the Catholic hierarchy. Stories have been coming to light recently about abuse and neglect of the Irish children under the care of Catholic clerics — horrible stories, and with each new revelation the stories become more horrible.

There have been reports by government commissions and investigations by detectives into the charges of abuse and, as a result, the government commission assigned to the investigation released a 270 page, five volume report of its findings. The Report, which took nine years to complete, said orphanages and industrial schools in 20th century Ireland were places of fear, neglect and endemic sexual abuse.

The Commission, which was chaired by a High Court judge, accused generations of priests, nuns, and Christian Brothers, of beating, starving, and raping children. They also stated that the Church had “obsessively concealed” evidence of these crimes and had failed to discipline said priests. All archbishops in charge at the time were aware of the complaints, but they were more concerned with protecting the reputation of the Church over and above protecting children’s welfare. In their efforts to conceal charges to protect the reputation of the church, they destroyed it.

Horrible witness against the Catholic Church

A further official report by a government committee found that 10,000 women and girls, some as young as nine, were put through an uncompromising regime of unpaid work from the foundations of the Irish state in 1922 until 1996. Many of the women, some of whom were subjected to harsh discipline for simply becoming pregnant outside of wedlock, were sent there by the Irish state. There was the notorious Magdalene Laundries where people were sent, apparently as slaves, to the everlasting shame of everyone in the hierarchy of leadership.

The last straw: an unmarked grave

Perhaps the final straw at last broke the camel’s back with the discovery of an unmarked grave with the remains of hundreds of babies on the grounds of a former “mother and baby home”. The Irish government ordered an investigation into the treatment of children at the church homes for unmarried mothers, which included accusations of forced adoptions, and an unusually high death rate among children housed there.

Three years later a subsequent report revealed that “significant quantities” of human remains, ranging from 35 week old fetuses to 3 year olds were excavated from the site, but apparently not all the dead children were buried. There were records discovered which revealed 796 deaths of children at the home with no record of burial places.

According to an investigation and report by The New York Times dated August 23, 2018, the Church’s grip in Donegal was so strong that abuse was uncovered almost by accident, when a priest told police that a young man was trying to blackmail him. It turns out that the man was one of the priests’ earlier victims. The full story would not have seen the light of day without the tireless work of two semi-retired detectives. Their willingness to listen to the complainants instead of dismissing them out of hand led to the arrest of the priest who reported the blackmail.

The detectives had spent their careers chasing I.R.A. militants dealing with terroristic bombings and bank robberies and some of the most dangerous people in the world. It opened a can of worms when one of them was quoted as saying, “it’s worse than the I.R.A., because it’s like putting a bomb in a child’s mind.”

Embarrassment of the Catholic Church in Ireland

How many children are we talking about then; thousands, raped, murdered and enslaved over the years by the officials of the one organization that was supposed to protect them the Catholic Church? When news of this started to become public knowledge in Ireland you can imagine what happened. Pope Francis went to Ireland in August 2018 and a relative handful of people came out to hear him. The Pope said he was “ashamed by the Church’s failure to address the repellant crimes of sex abuse.”

Rejecting all tradition in outrage

The Irish people are not satisfied and never will be I suppose. They remain outraged that church officials knew what was happening and just let it continue. Ireland, once the most conservative, anti-abortion nation in Europe, if not the world, and certainly the most Catholic is far different now. Ireland now, is the angry nation of Europe. The Irish people are angry and some of the most anti-religious people in Europe and that’s saying something. They seem to have rejected all tradition, especially religious tradition. A referendum permitting abortion was recently approved by the people and efforts to overturn it have been overwhelmingly defeated.

Leo Varadkar, the homosexual son of an Indian immigrant, is the Irish Prime Minister. The Irish now welcome immigrants of all persuasions, especially Muslims. All are welcome in Ireland as long as they are not traditional Catholics. Muslim migrants often make their way into England and Scotland via Ireland. It seems that the officials of the Catholic Church have done more than rape, and murder Irish children, they have also symbolically raped and murdered an entire country and deprived it of faith.

Church, you have none to blame but yourself!

The priests, nuns, bishops, archbishops, cardinals, and Popes of the Catholic Church are to blame for the destruction of the Irish people and the Irish nation. The Church leadership cannot avoid responsibility no matter how desperately it wants to.

The featured image, showing mist rises over Blessington Lake in Ireland, early in the morning, is © Copyright IrishFlyFisher and licensed for reuse under the Creative Commons Attribution/Share-alike 2.0 Generic License.