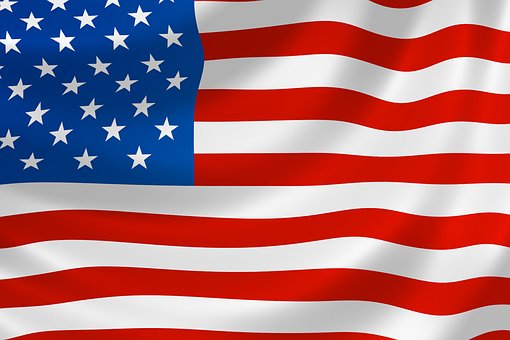 Our Founding Fathers rejected monarchy, oligarchy, aristocracy, theocracy, and formed the United States of America as a Constitutional Republic – the greatest experiment in individual freedom and upward mobility anywhere in the world. What happened?

To answer that question we must examine the historical context of the three generations.

Our Founding Fathers lived at a time in history when “We the people” had little value. Societies were structured along binary feudal lines and divided between the ruling elite and the enslaved population who served them. Slavery was a matter of degree – from physical chains and ownership of another human being, to caste systems that predetermined social position, to social structures where populations were subjects of ruling monarchs, oligarchs, or subjects of the tyranny of religious theocratic rule.

Our Founding Fathers had a different idea. They decided to build a more perfect union, a representative democracy that valued the people of society and entrusted them with the responsibility of elections to choose their own leaders. It was a radical experiment in social policy that reflected a seismic shift in social attitudes.

A government of the people, by the people, and for the people offered unparalleled opportunities for upward mobility and the freedom to pursue one’s dreams. Capitalism and the free market economy allowed workers to keep the fruits of their labor and created a thriving middle class. Public education that taught competency, literacy, and a patriotic regard for freedom and the American ideal was mandated. What was the catch?

The freedom and opportunity that defined the American ideal required its citizens to become responsible, self-sufficient adults. The early years of the American experiment were particularly harsh and difficult years but living free was worth the effort – individual freedom, religious freedom, freedom of speech, freedom of assembly, freedom of the press, and freedom to petition the government were rights that required adulthood.

Living free and dying free was something that was not taken for granted in the 18th century. The success of the American ideal depended upon the shared American spirit of commitment to personal freedom by both government and the governed. It was understood that the freedoms guaranteed by our Constitution and Bill of Rights were a promise of equal opportunity not a guarantee of equal outcome.

The 19th century was a period of enormous growth in America and change for our metaphorical American family business. The industrial revolution transformed America from an agrarian society of handmade goods to an industrial society of machine made goods. The agrarian farm economy gave way to an industrial urban economy of wage labor, factories, trade unions, banking with an expanded credit system, the man-made Erie Canal, and a railway system to move manufactured goods from factory to market.

The American Dream is a national ethos of the United States, the set of ideals (democracy, rights, liberty, opportunity, and equality) in which freedom includes the opportunity for prosperity and success, as well as an upward social mobility for the family and children, achieved through hard work in a society with few barriers. . . The American Dream is rooted in the Declaration of Independence, which proclaims that “all men are created equal” with the right to “life, liberty, and pursuit of happiness.”

How freedom and equal opportunity translated into reality

There was a decade of calm and rebuilding at the end of WWII that ended with America’s involvement in the disastrous Vietnam War 1955-1975.

The third generation of America’s family business began in the 1960s with the Cultural Revolution that continues to threaten the American ideal and the American dream. The anti-establishment generation began their assault on the vision of the Founding Father’s and rejected its intrinsic requirement to become fully functional emotional adults who accept the responsibilities of life in a free society. These emotional children disguised as chronological adults were determined to enjoy the benefits of freedom without accepting the responsibilities of freedom. They preferred the dependency model of collectivism and its seductive promises of social justice and income equality.

Freedom to yields to freedom from

The third generation of our American family identifies themselves as “progressive” by demanding a centralized government that “frees” Americans from the burdensome responsibilities of freedom and guarantees equal outcome. Progressive is truly a misnomer because their demands are entirely regressive. The Regressives’ demand is for eternal childhood where the government (Mommy and Daddy) takes care of its citizens from birth to death. Here is the problem.

Freedom is never free. The cost of freedom is adult responsibility.

Stepping back to government control

The Regressives’ demand for birth to death government control is a return to the binary feudal lines of the ruling elite and the enslaved population who served them. Mommy and Daddy provide for little Johnny but they also control every aspect of little Johnny’s life. The cost of dependence is freedom.

The Regressives and their identity politics form the base of the Democrat party in America today. They are taking aim at capitalism, the free market, the electoral college, the Supreme Court structure, and the Constitution itself by insisting that the Constitution is a “living” mutable document and not the solid infrastructure of a free America.

Children are entitled to expect their parents to care for them until they are adults able to care for themselves – it is the cycle of life that supports an independent, adult, successful society. Chronological adults who demand the government care for them as if they were children have perverted the cycle of life and will eventually collapse the society. The collectivist promise of social justice and income equality promised by socialism and its deceitful leaders and has been proven false in every society it has been tried.

Collectivism, whether it is socialism or communism is a return to the binary feudal system of elite rulers and the population who serve them. Socialism/communism ALWAYS benefits the leaders at the expense of the population. There is no private property, upward mobility, or middle class in socialism/communism because the government owns and controls everything. There is only scarcity and servitude for the masses.

Americans must reassert their commitment to personal freedom, responsible adulthood, and life in a free society by casting their votes for America-first businessman President Donald J. Trump in 2020. We simply cannot allow the third generation to ruin America’s family business. Attendance at the November 2020 shareholder meeting is mandatory.

Who Is Really Blind

The Muslims are Colonizing Under Your Noses – Putting Muslim Representatives Into Position Only to Attack!