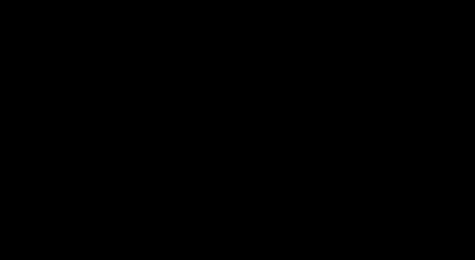 Hello, this is Darrell Castle with today’s Castle Report. I first delivered this Report on Good Friday, or the Friday before Easter. There is not much good news in this Report, however, because as King Solomon told us about 3000 years ago, there is nothing new under the sun. Said in today’s vernacular, the expression would be “the more things seem to change, the more they stay the same.” Solomon told us that he had everything and had tried everything. He had more than 1000 women at his beck and call. He was considered the richest man in the world as well as the wisest. People come from all over the world to see his treasures and partake of his wisdom but none of it was enough.

Nothing new – or are we too blind to see it?

Vanity, vanity all is vanity he told us when he searched for green grass but found nothing but dry wilted grass wherever he looked. As we continue to seek the green grass today, there are two stories that happened in the past week that I want to talk about and those are the fire at Notre Dame Cathedral in Paris, and the second is the arrest of Julian Assange at the Ecuadorian Embassy in London. Both these events feed into and illustrate the point of our Report and that is that often it is the ones who are not actually blind who cannot see. They are blind to what is happening and blind to the truth.

For the beginning of our story, fast forward about 1000 years from Solomon to that brief three year window when Jesus was about his public ministry. This account is recorded in the 9th chapter of the book of John, from which my pastor preached a wonderful sermon last Sunday and inspired my decision to tell the story in this manner.

The blind man at the pool of Siloam

Jesus, as witnessed by some of his disciples, encountered a man who had been blind from birth. Jesus spit on the ground and made some mud with his saliva. He put the mud on the man’s eyes and told him to go bathe in the pool of Siloam and when he did his sight was immediately restored. The religious leaders, and the Jews who were the power structure of the day, were outraged, saying that this man healed on the Sabbath, therefore, he cannot be of God because he violated one of our rules. They went to see the man’s mother and asked if he had really been blind from birth, and she said yes. When they continued to question her she said look go ask him, he’s a grown man, let him answer you.

Refusing to accept the truth

The man’s mother threw Jesus under the bus because she was afraid of being cast out of the Synagogue. When they told the man that Jesus was a sinner, he said, I don’t know about that but I do know that I was blind and now I see. He had a face to face encounter with truth and he could not deny it but they cast him out of the Synagogue anyway. Jesus said those who are blind are the ones who see and those who see are the blind ones. When those who are blind are exposed they turn mean and seek retribution and revenge.

We make up our reasons because we simply cannot accept the truth, especially when it contradicts the political narrative that we desperately cling to. The truth is a rebuke to whatever system we have chosen to believe in, so we must deny it. That is the backdrop for our story today and now you can fast forward to the year 2019.

We live in a false reality today, a matrix if you will. Some of the matrix has been built by ourselves, but most of it is designed and built by the political systems under which we live, and most of all it is enforced and reinforced by the worldwide media of all different platforms. They tell us, “oh yes, all smart people see it that way so if you want to be considered smart and not a social outcast you will see it that way too.” We are just like the blind man’s mother not wanting to be cast out so we silently comply.

The Notre Dame fire: how can one rule out arson?

The fire in Notre Dame Cathedral was a catastrophic event, and a monumental disaster. For more than 800 years it had stood as a symbol of Christian Civilization against disasters, including two World Wars. I’m told that there was a small piece of the actual cross upon which Jesus was crucified in that cathedral. Long before the arson and fire experts even begun their investigation, we are told by the media that the French Government has ruled out arson. We know that 14 churches across Europe have been vandalized, burglarized, and burned in the last few days but no way is Notre Dame connected.

What will really happen to Notre Dame?

In the meantime, in just a couple of days, Mr. Macron of France announced that he has over a billion dollars in private aid to rebuild the cathedral. He said that this new cathedral would be an expression of the French personality, or words to that effect. Other reports have said that Mr. Macron intends to build some sort of new age new world order monument where the Notre Dame Cathedral stood for more than 800 years. We sheep across the world believe what you say Mr. Macron, just don’t belittle us and cast us out, or call us conspiracy theorists. Right now we are safe inside our Matrix and that’s where we intend to stay.

The arrest of Julian Assange

Some media outlets refer to us as useful idiots, using Stalin and Lenin’s phrase for those Westerners who helped the Soviet Union. This has, perhaps, never been more in evidence than with the case of Julian Assange. His arrest by the British government was approved almost universally by politicians across the United States. He must be extradited immediately to face charges for exposing United States secrets. He has been charged formally with conspiracy, and I assume that means conspiracy to violate the laws of the United States.

But what crimes has he committed?

The problem though is that the violation of any U.S. laws by Mr. Assange is yet to be revealed. Publishing illegally obtained material that was sent to him, as in this case, is not illegal according to the United States Supreme Court in the Pentagon Papers case. It seems clear now that the Clinton emails were not hacked by Russia but were downloaded onto a thumb drive and delivered by a Democrat inside,r possibly Seth Rich, who was subsequently murdered.

The other part of the case against Mr. Assange is derived from a video apparently delivered to him by a U.S. soldier now known as Chelsea Manning. Mr. Manning, now Ms. Manning who, while serving in Afghanistan, downloaded a video to Mr. Assange of Wikileaks who then published it. The video seemed to show the crew of an American attack helicopter machine gunning unarmed civilians. Ms. Manning is currently serving a long stretch in Leavenworth Prison for that act.

So Mr. Assange is to be charged with crimes that could bring him up to 40 years in prison. Supposedly they had to promise Ecuador that he would not be executed before they would accept U.S. money to withdraw his protective status. Ecuador changed leaders and the new leader’s price was finally reached at 4.2 billion dollars transferred from the U.S. controlled International Monetary Fund. Ecuador, it seems owed a lot of money to China that it could not pay so, in return for Assange, the U.S. paid it. We can pay Ecuador’s Chinese debts but apparently not our own.

The Mueller Report and a false prize

Interestingly and ironically, the New York Times and the Washington Post received a joint Pulitzer Prize, for which the reporters were awarded $15,000 for their national reporting of President Donald Trump’s collusion with Russia. The story and the reporting turned out as proven by the Mueller Report, a complete falsehood. They received the award

For deeply sourced, relentlessly reported, coverage in the public interest that dramatically furthered the nation’s understanding of Russian interference in the 2016 presidential election and its connection to the Trump campaign.

If the Times and the Post were still capable of shame, they would be crawling on their knees to beg forgiveness for accepting so prestigious an award for writing what in reality was nothing but a pack of lies. Not a real journalist in the bunch or anywhere else that one looks. These people are nothing but the propaganda arm for the prevailing power elite, especially the elite in the Democrat Party. The single greatest crime of Mr. Assange was telling the truth and revealing the actual facts thus taking apart the official narrative. That is the single worst thing one, especially an outsider such as Mr. Assange, can do. The truth is very threatening, I guess, because it might allow us to escape from the mind prison they keep us in.

…and a real one

Mr. Assange is a real journalist as opposed to the paid propagandists pretending to be journalists, but he will probably go to prison for reporting the truth. What about the people who actually committed the crimes that he reported on? By the way, much of the email information marked from a classified database was apparently sent by Mr. Asange to the New York Times, Washington Post, CNN, and others who subsequently published some of it. The parts extremely damaging to Democrats, of course, were not published.

So he reports the truth and goes to Federal Prison while those who actually committed the war crimes and crimes related to handling of classified material, and the crimes the classified material revealed, are not prosecuted. Mr. Assange is meticulously accurate in publishing the truth, unlike the New York Times and Washington Post, and you know that truth threatens the power structure and the entire system. He rebukes the system with the truth and to admit that might just let us out of the matrix they have built for us.

Are we blind or can we see?

Finally folks, are we blind or can we see? Like the blind man, he refused to back away from the obvious truth, and they cast him out, but his mother was afraid so she remained in the system. That’s the way it is in the blind man’s matrix of 2019 as well.

America and the Family Business Rule