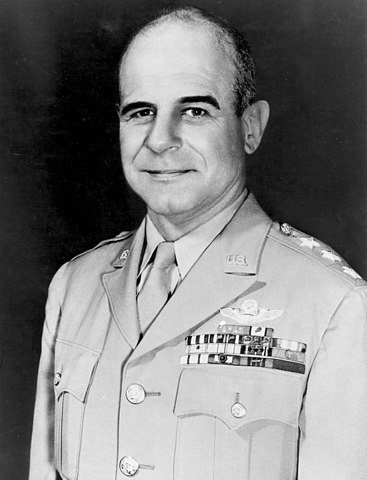 Hello, this is Darrell Castle with today’s Castle Report. Today I will begin the first part of a two part Report as a lead in to Memorial Day coming up on Monday May 27th. The two part series will concentrate on the stories of those who fought World War ll; first, because those men deserve it; and second, because history is vitally important and the stories of what those men did unfortunately often die with them. It’s a different world now from the world of the World War ll veterans. It was simpler then because we knew who we were and we knew that we had something worth killing and dying for.

In mythology, the hero’s journey involves the tales of a hero who goes on an adventure, and in a decisive crises wins a victory and comes home changed by it. That is certainly the tale of the men we are going to talk about today except that many of them missed out on the coming home part of the adventure.

In the early days of the war, the U.S. Navy had almost ceased to exist in the Pacific due to the Japanese attack on the naval base at Pearl Harbor. Fortunately, the only three aircraft carriers in the Pacific were at sea that day and thereby survived the attack. American industry had to be rebuilt and retooled almost overnight to completely rebuild the Navy to fight a world war.

President Roosevelt wanted some way to lift the morale of the American people who were enduring the news of one Japanese victory after another, culminating in the surrender of the Philippines, along with 70,000 Filipino and American troops. The President told his military commanders that he wanted to strike at the mainland of Japan itself, but none of them believed it could be done because no land-based bombers had the range to reach Japan. Well then, what about a carrier based attack? No as well, because Japanese anti-ship and anti-air defenses would not allow a carrier to approach close enough to launch an attack.

The President told them to find someone who believed it could be done and who was willing to do it. That man turned out to be Lt. Col. James (Jimmy) Doolittle, an officer who had been in the Army Air Corps, as it was known then. Since 1917. Lt. Col. Doolittle had been an accomplished flyer, having tested many types of aircraft and holding the cross country speed record as well. He was one of the pioneers in the early days of military aviation. In addition, he was an intelligent, educated man, with a PHD in Aeronautics from MIT.

Lt. Col. Doolittle thought it could be done, and he set about the task of building a team of 80 men to do it. He asked for volunteers for an extremely dangerous mission and he soon had more than enough volunteers to select from. He needed 16 crews of five men to a crew or 80 men. They were tasked with something never before attempted, launching a twin engine land-based bomber, the B-25, from the deck of a carrier at sea, bombing the Japanese capital and flying to China, knowing they could not make it and could not return to the carrier.

The purpose of this Report is not to talk about airplanes, ships, or their ordinance but to tell the stories of the men who flew in them and who served on them so let’s look at what happened to those 80 men.

The aircraft carrier USS Hornet was selected for the mission and the 16 B-25’s were loaded aboard and chained down on the deck. The ship and its battle group set sail for the coast of Japan intending to launch the raid 400 miles from the coast. That would leave them just enough fuel to complete their bomb runs and just make the coast of China where the Chinese would hopefully help them.

However, when they were 600 miles from Japan the task force encountered a Japanese fishing vessel and the captain of the Hornet knew they had been discovered, so he asked Col. Doolittle what he wanted to do. Col. Doolittle said let’s go immediately, so they launched beyond the range of their fuel limits knowing they could not make it all the way.

How the hero’s journey ended for various heroes

Col. Doolittle was pilot of number one crew and his co-pilot was Lt. Richard Cole, who was the last survivor of the raiders. Lt. Cole died April 3 of this year at the age of 103, and since the raid was launched on April 18, 1942 he was 26 years old on that day, it also means that this past April 18, was the 77th anniversary of the raid. Col. Doolittle’s bomber was first over Tokyo, dropping its bombs on a factory at 12:30 PM Tokyo time. Col. Doolittle ordered his crew to bail out over some Chinese mountains at 9:30 PM that night. The 16th crew was 59 minutes behind Col. Doolittle’s number one plane, which means they had to face a Japanese anti-air system on full alert.

So 80 men took part with five men in each of 16 bombers. Two men from crew number 6 drowned in a crash landing in the water off the Chinese coast. The other three men of that crew, plus all five of another, were taken prisoner by the Japanese; of those three were executed by firing squad, one died of malnutrition and disease in prison, four survived 40 months in prison, most of which was in solitary confinement.

One crew landed in Russia and was interned as prisoners for a year because Russia was not yet at war with Japan. Of those who made it to China and survived, thirteen died later in other theaters of war. Four raiders were later shot down over Germany and became prisoners of the Germans. The crew of number 7 crashed into the sea near China and all five men were seriously wounded. The pilot, Lt. T.W. Lawson had to have his leg amputated by a survivor from another crew who was the only doctor on the raid.

Lt. Lawson returned home to his wife and later wrote the book Thirty Seconds Over Tokyo which was made into a movie starring Van Johnson. The doctor, Thomas White, flew as a gunner in order to take part in the raid and he received the Silver Star for saving Lt. Lawson’s life. Lt. C.L. McClure, the navigator of Lt. Lawson’s number 7 crew was wounded so badly that he was not released from the hospital until 1943.

Heroes on the ground as well as in the air

The Chinese people knew that if they helped the Americans the repercussions would be severe but they did it anyway, saving the lives of many men. When the Japanese discovered the help given to the raiders, they destroyed the villages of all the Chinese who helped and then massacred an estimated 250,000 Chinese people. That’s one reason I always hold out hope that we can resolve our differences with China. Once we stood together against a common enemy.

All 80 men received the Distinguished Flying Cross, and Col. Doolittle received the Medal of Honor. Five raiders went on to become generals. Col. Doolittle was promoted to brigadier general and later became commanding general of the 12th Air Force in North Africa and then commanding general of the 8th Air Force in its bombing campaign against Germany. He ended the war as a three star general and left active service on May 10, 1946, finally retiring in 1959. He was recalled during Korea to help with space and missile technology, and on April 4, 1985 the U.S. Congress promoted him to full four star general while he was in the Air Force Reserve, the first reserve officer to attain that rank.

General Doolittle died at his home in Pebble Beach, California on September 9, 1992 at the age of 96. He was buried at Arlington National Cemetery, thus completing his hero’s journey. It was quite a life wasn’t it folks, a monumental adventure, and a hero’s tale that’s for sure.

And for the rest of the Raiders…

The Raiders made a point of holding a reunion each year. As they got older they bought a bottle of Cognac and each year the survivors would drink a toast with the idea being that the last man would finish it. When they got down to three men they quit having the reunion because it was just too sad. In the last fifteen years or so, the survivors became celebrities traveling to various military parades and air shows and giving speeches. I think people were fascinated in the last few years by them because you don’t see many like that today and people wanted to meet them and associate with them. I had a chance to hear them once at an air show in Oshkosh, Wisconsin back in the 1990’s.

A blow to enemy morale

The months following the attack on Pearl Harbor were the darkest of the war for America, but the raid on Tokyo provided a morale boost cheering the military and civilians alike. The raid meant so much more than that, however, because it’s real effects are still being felt today. It demonstrated to the Japanese High Command that their home could be attacked too, and it ended the myth of the invincibility of the Japanese Army, and the inevitability of its conquests.

The Japanese were forced to shift the allocation of vital resources to the protection of their homeland. Admiral Yamamoto, Commander of the Japanese Navy, believed that the American Navy had to be drawn into a single great battle and destroyed before American industry could ramp up to full speed. The raid caused the Japanese High Command to agree to his desire for a fleet engagement near the mid Pacific Island of Midway. In that battle the Japanese lost four front line carriers and with them the war. Therefore, the world would be entirely different today if those 80 men had not been willing to embark on their hero’s journey.

The USS Hornet was a marked ship after launching the raiders and the Japanese finally sunk it on October 26, 1942 or just about 6 months later at the battle of Santa Cruz Islands. American industry cranked up during 1942 and that small navy with three battered careers grew to 50 carriers within a year. It was 26 months before US bombers returned to Japan but return they did as fleets of B-29 super fortresses rained destruction on Japan throughout 1945,

Do we still produce men like these? I just don’t know for sure, but if we do they are scattered in different deployments all over the world. Most of us today are not worthy of them unfortunately. Next week, God willing, we will continue our Hero’s Journey with Part Two.

This portrait of then-Lt. Gen. James H. Doolittle is his official portrait as commander of the 8th Air Force. As such it is in the public domain.

The Assumption of Dignity

The Question that Americans Should Be Asking their Acting Representatives? Where Did You Get that Authority?