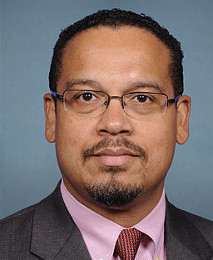 Who is Keith Ellison

As many of you know, the state of Minnesota has a brand new attorney general; his name is Keith Ellison. But his Muslim name is Muhammad Hakim. Over the years Ellison operated under many names including Keith E. Hakim, Keith X Ellison, and Keith Ellison-Muhammad. I know that there are many that say, “How stupid can Minnesotans be?” but in reply, I say, “Not that stupid.”

There are many at the grassroots level and otherwise who are very aware of what is happening here.

Minnesotans are also very aware of the voter fraud taking place in this state, as well as the tactics being played out behind closed doors.

It has been accredited to dictatorial, tyrannical Communist Joseph Stalin “people that cast the votes don’t decide an election, the people who count the votes do.”

Concerning the attorney general race, The end results were Ellison 1, 249, 407, and Wardlow with 1, 150, 459 and all this with a total of 42,400 and 55, 200 Muslims in the state. Just doesn’t add up friends. https://sonsoflibertymedia.com/ilhan-omar-keith-ellison-caught-encouraging-voter-fraud-vote-twice/

Furthermore, the same media that 94% of Americans do not believe and rightly so, are also in full operation here in Minnesota attempting to give cover for them that are in fact conspiring against the people of Minnesota.

Without the mainstream media’s propaganda outlets attempting to breathe life into their agendas they are completely lifeless and without any credibility or support from the people that they claim to be speaking on the behalf of.

How many times does the mainstream media need to get caught lying before Americans realize what they are dealing with?

Keith Ellison and his immigraion plans

Case in point: I don’t know of a single person that wants to see this state handed off to those who mean to destroy it.

The tax evader, cop-killer supporter, woman abuser and terror-tied funded Attorney General Keith Ellison means to illegally bring into Minnesota a 300% increase of Somalians. I don’t know anyone in Minnesota advocating for that.

Furthermore, this is treasonous and clearly illegally as to what he is attempting to do here in the state (8 US Code & 1424).

This should come as no surprise to anyone considering Keith’s betrayal of his “professed” Christian faith to that of Islam. (Luke 22:48; Romans 9:8).

It is also interesting to note that Keith Ellison has the full support of the governor in the state, as well as the first sodomite sheriff in Minnesota history. Sound a little conspiratorial yet?

If Keith isn’t feebly attempting to defend Luis Farrakhan, then, his sidekick Minnesota CAIR director and Minnesota Governor’s transition board member Jaylani Hussein is attempting to create Christians to be what only the devil can produce (Matthew 7:16).

Whom Keith Ellison hates, he accuses of hate

Keith claims that he wants to end hate crimes, not realizing, of course, that all crime is motivated by hate.

So, in order for him to do that, he needs to create the hater and the victim (1 John 3:12). In his confusion, Keith even went so far as to expose himself (Revelation 12:10) by making reference to the Southern Poverty Law Center.

Sometimes the press will describe us as monitoring hate crimes and so on … I want to say plainly that our aim in life is to destroy these groups, to completely destroy them.

Criminalizing the reporting of crime

Of course, what Keith Ellison is doing is attempting to create law abiders (Hebrews 8:10) that expose the crimes of the law-breakers (Romans 3:20; 1 John 3:4), into enemies of the state.

Apparently Keith Ellison, Governor Tim Walz and the media and them that they are tied toare overlooking the crimes and criminals of them that they mean to protect.

After seeing what the media has been blacking out here in the state of Minnesota, I believe you will then ask as so many have, and are, whom Keith Ellison is working for. The answer is quite obvious. Here are some examples…

What happens in other countries where Muslims migrate en masse?

If at this point you have any questions to the validity of what is starting to take place in Minnesota, take a look at the statistics of countries that are now being plundered and overtaken in Europe by the same people that are the likes of Ellison. Remember, Keith Ellison hates the law that exposes his and his accomplices’ crimes (Romans 3:20), and in turn, wants you to believe that they are somehow the victims in making the innocent guilty (Isaiah 5:20).

Muslim migration has doubled in the decade since 9/11 and 60% of migrants to America favor sharia law (Deuteronomy 28:15-68).

If you are paying attention to the Islamic community globally, you can see that they are in lock step using the same exact method as the sodomites are using (Leviticus 18:22; 20:13). They are even going so far as to create self-inflicted hate crimes only to blame the innocent for them (Deuteronomy 19:19).

Remember, this is all predicated upon the use of totalitarian tactics (John 8:44) and playing the victim while at the same time perpetuating the crime by tearing down the law.

The resolve is that Keith Ellison must be called out, be impeached and indicted for his crimes (treason) against the United States (Article 2, Section 4, United States Constitution). There is no other option.

The Great Crash Plus Ninety Years

Muslims have been putting a guilt trip on everyone who disagrees with them, and it is high time that the truth be told and the narrative changed to reveal that they are enemy insurgents who will never assimilate, and whose history demonstrates that they disturb the domestic tranquility and bring misery to every nation where they are allowed to reside. The nations of Europe have changed their laws in order to try to appease their demands, but there is no pleasing the totalitarian-oriented Muslims. A careful comparison of Islam to other totalitarian organizations reveals that it is essentially organized like an international Mafia-type rape & plundering terrorist organization using fear & intimidation to coerce compliance and subjugation. Mohammad, its founder was a warlord who created an organization which has murdered about 400 million human beings thus far. Muslims commit genocidal torture and murder of Jews, Christians and anyone who resists them worldwide every day, yet they continue to preach the “peaceful religion” narrative while their brethren commit the most heinous crimes against humanity. The tragedy is that the false narrative that portrays them as a religion-only has been believed by national and international leaders, and has put such a huge guilt-trip on them that many nations have opened their doors to these invasive barbarians whose founder was a godfather that put hits on those who disagreed with him, and who co-opted the chief idol of pagan Arabs as his “sock-puppet” to declare himself as the prophet of the false-god “Allah.” The anti-Judeo-Christian freedom codes of the Western world and totalitarian atrocities authorized by Muhammad are embedded in publicized Islamic doctrines, validated by the words & deeds of Muhammad in both the Quran and the hadith (based on his biography [Sira]written by Islamic scholars

Don’t you think that it is time to change the narrative to reflect the truth, and educate people to the fact that Muslims, all of them, are members of an invasive foreign international terrorist organization attempting to overthrow the governments of every nation on earth? Jihad has many levels. The peaceful level includes the process of seeking waivers from compliance with the societal norms and standards of a nation for so-called religious reasons. Pressure is brought to bear in the political and legal realm (lawfare) in order to change the social and cultural order, and to make longstanding national laws Sharia-compliant. The time has come to change the narrative and pull the sheepskin off the snarling wolf to expose its glistening fangs. No person should be allowed to immigrate here or become a citizen or even be allowed to reside in America if they do not have 100% allegiance to our laws, our constitution, and assimilate into our culture. We all know successful Muslims, many, like Christians, are ignorant of the requirements of their faith. The difference is that the more they learn about the ideology of Islam, the more subversive, combative, and anti-Semitic and anti-Christian they become.

Some misguided Christians have sought to find common ground with Muslims in hopes of presenting the gospel of Jesus Christ to them, but in doing so, many have compromised their own faith. For example, the Presbyterian Church invented the catchy name Chrislam which turned out to be an exercise in syncretism, i.e. trying to reconcile two irreconcilable beliefs. Another example is that of various Interfaith Ministry organizations that believe the lie Islam is a peaceful religion. They only wind up legitimizing and providing a public platform for Muslims to gain political office and further their Sharia agenda.

Changing the narrative is key to exposing Islam for what it is.