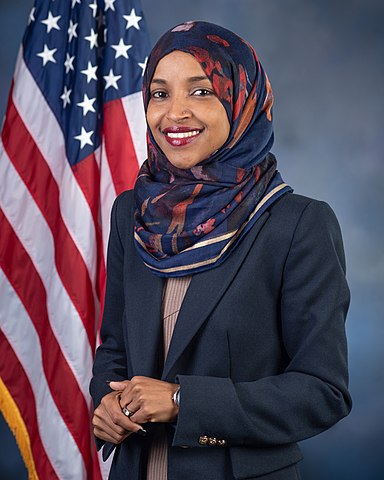 “This is the same subversive woman that wanted insurance policies for Muslim men killed fighting on the behalf of ISIS.”

A traitor declares his war

Recently, the head of the terror-tied organization The Council on American-Islamic Relations (CAIR), Jaylani Hussein, stated that America is at the cusp of a revolution. He went on to add,

CAIR Minnesota has stood on the side of justice in Minnesota for a over a decade. And we continue to fight that battle alongside of all of you, today. We stand with the protesters, not just in voice, but in action. We are using our resources to educate (indoctrinate) the public, lobby for policy change, which undermines the US Constitution, defend the oppressed (Transgressors – 1 John 3:4), and protect the weak in our communities, which are really those that want the power to rule. [For] we are at the center of the revolution and we must be champions of justice (According to the Koran) at all costs.

Why does he sit in our governing councils?

Just think, this guy sets on the treasonous Governors’ (Luke 22:48) board as Council on Law Enforcement alongside Attorney General Keith Ellison, who supports cop killers and is calling for a 300% increase of Muslims from the Middle East. Friends, can you make this up?

The latest: Ilhan Omar, who sits in Congress

To add insult to injury, we have Ilhan Omar, who sits as the representative of the 5th district in Minnesota, where the Muslims were covertly colonizing during the 1990s, to the Muslim population that means to conquer the United States (Deuteronomy 28:43).

llhan, as you all know, was responsible. For one of her first legislative acts, was to oppose a bill that would not pay insurance to families of ISIS members from South Minneapolis, Minnesota who died in jihad.

Republican Sen. Marsha Blackburn (R-Tenn.) has torched Rep. Ilhan Omar (D-Minn.) over the radical Democrat’s recent calls to tear down America’s political and economic systems.
The GOP senator urged Omar to resign after the far-left lawmaker expanded on her calls for “dismantling” the police to include attacks on the U.S economy.

Omar made the controversial comments Tuesday during the Minnesota People of Color and Indigenous Caucus event in support of the Black Lives Matter movement. During a speech at the “anti-racism” event in her home state, Omar told the crown “we are fighting to tear down” the “economy and political systems,” adding that “as long as our economy and political systems prioritize profit without considering who is profiting, who is being shut out, we will perpetuate this inequality.

Ilhan Omar wants to dismantle all of America

“We cannot stop at criminal justice system,” she added.

“We must begin the work of dismantling the whole system of oppression wherever we find it.”

One clip prompted condemnation from Blackburn, who tweeted, “Ilhan Omar took an oath to defend and protect the Constitution, not shred it.

“Omar and her Marxist comrades are a threat to our Democracy. Omar should resign.”

First off, we are not a democracy. America is a Constitutional Republic (Article 4, Section 4, US Constitution).

Second, calling for her resignation? Is she kidding me? A Muslim who:

And she wants her resignation? No wonder why these subversive enemies within act in such a fashion! They take courage from these said representatives who do not know the difference. They ought to be removed (Article 2, Section 4), and then prosecuted for their crimes against American law. Those laws, let me remind you, that they swore to uphold, not tear down. (Article 3, Section 1, Clause 7 of the US Constitution.)

For too long Congress tolerates the likes of Ilhan Omar

When you look to the subversive organizations that have been tolerated over the last 8 decades in this country such as Planned Parenthood, American Civil Liberties Union, Southern Poverty Law Center, Council on American-Islamic Relations, etc. look at the damage that has been done (Leviticus 26:14-46; Deuteronomy 28:15-68).

For Americans to give this sort of subversive a free hand deserves not the freedoms which have been bestowed through the sacrifice of others on their behalf (John 15:13). This is NOT a game.

Defunding the police may have negative consequences