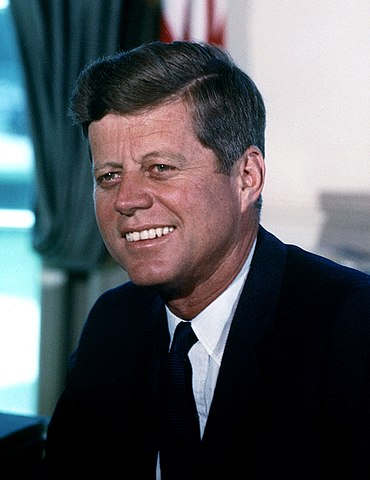 Hello this is Darrell Castle with today’s Castle report. Today is Friday the 4th day of December in the year 2020 and on this report I will be talking about how the country has changed fundamentally over the last 60 years to the point where it seems obsessed by race and racial politics. Before I start, I will tell you that the Castle family had a wonderful Thanksgiving considering we were separated by thousands of miles because of the virus. Joan and I had a zoom dinner with the family daughter from her home in Los Angeles.

First, I want to apologize and retract something I said the week before Thanksgiving.

I said that the social credit system in the United States is in many ways worse than the one in Communist China. Bothered by that statement, I spent much of Thanksgiving weekend researching social credit in China particularly as applied to the Uyghur people in the extreme western province.

The Uyghur lands border India to the south and Pakistan to the west with the other Stans surrounding them. When the Soviet Union broke apart independence was granted to the various Stans that were under the Soviet State. Since they gained independence from the Soviet Union, the Uyghurs started demanding an independent state of East Turkistan from Communist China. The difference of course is that China is not destitute and is perfectly capable of retaining its distant territories.

I don’t want to belabor Uyghur history, but these people are held in virtual bondage and social credit is the Communist method of control. The Uyghurs are mostly Muslims of Turkic origin. They speak the language of the Turks and the Kazaks as well as Mandarin Chinese. They are lower than 2nd class to the Han Chinese rulers of Communist China. The Hans of mainland China are alright socially if they behave themselves but not the Uyghurs. The social credit system labels people as either trustworthy meaning you can travel and have a phone, etc. or untrustworthy where you can’t have those things.

No Uyghur can obtain a rating higher than untrustworthy. If you see a non-Uyghur on the street in Uyghur territory you can bet, he is a State official sent to watch them. People are routinely taken from their homes to reeducation camps often leaving orphans behind. To escape is equivalent to escaping from prison, but freedom burns in the human heart despite all this. There is a strong separatist movement among the Uyghurs thus that concept is one of thee three great evils according to Communist Chinese officials. Those are separatism, terrorism, and religious fanaticism. Most of the Uyghurs are Muslim, which is somewhat tolerated, but not Christianity.

Now that I have relieved my conscious regarding the Uyghur people, let me return to the United States for the rest of this report. First, the fundamental change that President Obama promised to bring about began long before he took office. There have been two great philosophical and political movements in the United States since the Declaration of Independence in 1776. For the first 187 or so years the emphasis was always patriotism. Everything taught in school was deigned to bring out the emotions associated with patriotism meaning love of country and its way of life.

When the country was threatened or perceived to be threatened, men lined up around the block to fill the ranks. America was perceived as so good that it was willing to send its sons, the pride of the nation as FDR put it, to die for people they did not know and had never met. From elementary school to about midpoint of college I remember the emphasis on patriotism was basically unchallenged. That started to change early in my college years and had changed substantially by graduation. To illustrate my point when I started college two years of ROTC training was mandatory for male students.

Patriotism was the ethos of the country and its hold on the American people was almost universal. The first noticeable changes started to occur during the administration of John Kennedy, but primarily they occurred after or because of his death. I encourage you to read a copy of his inaugural speech sometime in order that you might discern the difference in attitude. Here are a few of his words:

The world is very different now…and yet, the same revolutionary beliefs for which our forbears fought are still at issue around the globe—the belief that the rights of man come not from the generosity of the state but from the hand of God.

Kennedy, a World War ll veteran, understood that the state is force and violence, not benevolence. He did see problems both existing and developing and set about to solve them. A massive tax cut that he pushed through congress bolstered the economy, increased revenue, and left more of their income in the hands of the American people.

Columnist Star Parker has pointed out that when he was inaugurated, children could still pray in school. Abortion was illegal. Seventy-five per cent of adults ages 18 and above were married. A little over 5 percent of babies were born to unwed mothers. Today, its all different and the prevailing ethos is not patriotism, but racial equality and diversity. We hear quite often the term institutional or systemic racism, but that was made illegal by the 1964 Civil Rights Act that obviously passed just after Kennedy’s death. President Johnson persuaded Congress that the act was what Kennedy wanted and died for.

Since systemic racism is illegal and if committed by an individual or state enterprise, would be a hate crime, why not follow the system that exists in civil law? Why not use one of the million or so lawyers that do such work and file a lawsuit for civil damages. Instead people want to intimidate the various levels of government to make officials tie an ever-heavier weight around society to correct something of which they present no evidence at all.

It has all together caused an unprecedented level of division in American society. Go back to 1860 and you will find more division, but it is far worse today than during the Vietnam days. There seems to be a level of hatred between the various divisions that I have not seen before. It does remind one of civil war rhetoric such as brother against brother, father against son, and families that can no longer speak to each other. Marriages break up over differing views of the politics of today.

For those and many other reasons, I contend that we are currently at war with those who seek to destroy, not just change, our culture and our civilization. Unfortunately, the destroyers are years ahead of us in tactics, strategy, and organization. Their long march through the institutions is now complete, and the education of our children is nothing but their propaganda from beginning to end. Even the church is corrupt and staffed by the results of generations of their efforts.

If you want to destroy Christian Civilization, you must first destroy Christianity in the minds of the people, and if you look at the polls regarding abortion, same sex marriage, transgenderism, polygamy, and pedophilia you can not help but conclude that it has happened. The enemy completely controls all forms of media in which people in this modern world communicate. Social media, mainstream, including broadcast and what is left of print, are all nothing but propaganda for the enemy.

Donald Trump threatens those who seek to destroy America

Donald Trump was at least perceived as a threat to all that and as a result he had to go. I suppose that unlike most contenders, he was beholden to no one and that made him dangerous. At least the four years of groundless charges against him revealed the enemy’s ugly face for what it really is. It is violence, rioting, looting, chaos, and disorder. It is radical groups terrorizing our cities which are protected by demoralized and defunded police forces. Soaring rates of murder and other violent crimes were the result.

Despite all that I have described, the enemy and all its resources, its minions of evil, were unable to prevail over honorable, decent Americans in a fair election. Not to be deterred by such inconvenient facts, plans were laid, and tactics begun to make the election decidedly unfair. Dominion voting machines installed across the country and even in many other countries allow switching of votes and alteration of vote percentages. The fraud was massive and obvious so we will wait and see what the courts do with the evidence.

Why they stole the election

Elections are very important to a free country. In fact, its difficult to imagine how a democratic country, meaning one of self-government, could exist without free elections. Elections provide legitimacy to the winner and its minions. They provide a cloak of respectability under which politicians commit their murder and mayhem. The people think they are voting for their ideals, but they are simply deciding who gets the license to steal and kill.

Politicians are elected by promising to clean it up, but they are soon wallowing with the pigs in the manure. Fraud and illegitimate elections are now out in the open and damage to the system of self-government will be irreparable if not corrected. The enemy, however, is pseudo realist and has abandoned the rule of law and its protection of the individual for an ideological and political imperative which they hold to be more precious. Honor, Truth, Courage, integrity, and heroism are completely out of fashion now since only winning counts.

That is enough about our recent stolen election. I want to conclude this report by reminding you that sometimes we hear the phrase, Democrats are the evil Party and Republicans are the stupid Party. To that description we must now add that Republicans are also the gutless cowards of American politics. The cowardly lions in the Republican Party, believing that Biden will now be inaugurated, line up to eat the scraps from his table. Its disgusting, but it is also obvious. I hope it is obvious to voters, but they seem to continually vote for those opposed to their best interests.

Finally, folks, they always emphasis diversity, these progressives. Diversity all the time everywhere. Should Joe Biden survive and be inaugurated his administration will be filled with firsts that he can brag about. The first female vice president, the first woman of color vice president, the first female secretary of defense and the first female director of homeland security, however, the real objective is not diversity at all, but a bland sameness of thought and action. That is why Democrats murdered free speech and will not allow a diverse thought to exist. Not one shred of intellectual diversity will be found among them.

Aristocracy and the virus

Darrell Castle is a poor student of history: