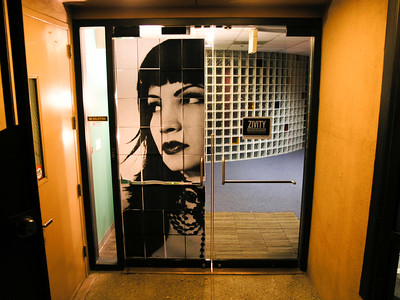 Here at the Castle Family we are troubled right now. Oh, Joan and I are fine. But as my pastor once told me, you are only as happy as your saddest child. And the family daughter is troubled today. She is still stuck on her jungle island. But there is a chance she can get a flight to Australia or New Zeeland in a couple of weeks. The problem is, she could end up stuck there and without her husband, so it is a cause of concern.

My report to you today is not really a defense of Western Civilization at all since I have already done that many times as well as I am able. (For instance, see here. – Ed.)

This report is rather about how we let it fail because we individually and collectively failed to comprehend its virtues. We stopped thinking about that divine image of God. (Or if you are an atheist then just call it the inherent worth of the individual.) Throughout the centuries many events have shaken the west from that path. World Wars, plagues, lean years have all occurred. But somehow the west always found its way back to that single theme.

I don’t know about this time though; this time seems different since forces inside the West seem dead set on destroying that civilization which has uplifted the individual for centuries. The rule of law is the first line of defense in the protection of the individual and his property. And that is obviously in grave danger right now.

Cities across America are all, surrendering to the mob and refusing to defend the individuals that live within them.

Virtually all these cities have Democrat Mayors, Democrat City Councils, Democrat Attorneys General, and Democrat Governors. These politicians seem to consider their police forces as the enemy rather than the violent criminals that threaten their cities.

For example, in Minneapolis the city council voted 12-0 to completely abolish their police force.(And replace it with this – Ed.)

Since that vote the murder and robbery rates have soared in Minneapolis. Undeterred, one council member even suggested it was privilege to expect your property to be free from robbery and arson.

The West Coast cities of Portland and Seattle have been torn by riots, looting, and burning for months as the Mayor and Governor will not enforce the law. I suppose they support the goals of the looters, not the property owners. But for whatever reason they are willing to watch their cities burn.

In Chicago currently there is widespread looting across the city including the glamour shopping districts. I saw an interview with a BLM leader, and she said that looting was reparations. She didn’t say reparations for what, and she didn’t say why today’s property owners owed her money. The only thing Mayor Lori Lightfoot is willing to do is to raise the draw bridges. She hoped that would keep the looters out of downtown. Chicago used to be known as the nation’s meat market. Its football team were the Monsters of the Midway. But now its known for looting and murder. Would you like to buy a 10-million-dollar penthouse in downtown Chicago? Yeah, I didn’t think so.

People who can afford to leave are leaving in droves from America’s Democrat cities. What sane person would put up with the aggravation of living in Manhattan or downtown Chicago in the best of times let alone now. So many of the wealthy who pay the taxes and support the philanthropic causes in New York fled the city that Governor Andrew Cuomo was reduced to begging. Please come back he said, if you come back you can come over to my house and I will cook for you. The mayor of Chicago, on the other hand, either doesn’t care that people are leaving or doesn’t understand the ramifications of it.

Crime, violence, riots, looting, unemployment, homeless on the streets, coupled with extremely high prices of everything represents our Democrat cities today so come and get it. We the people have allowed our cities and the components of our cities to slide into what appears to be a fatal decadence. The stay at home orders governments forced on us made many of us realize that:

Hundreds of companies have filed for bankruptcy protection. Most of them in chapter 11 hoping to survive there until the Covid lockdowns lift. Many or most will not survive but will liquidate in chapter 7. Thousands of small businesses have struggled under the weight of it all but have finally succumbed as well. With all the trouble in our cities does anyone want to pay $100 for a ticket to see a sports event where they can be lectured by multi-millionaires about their privilege? Professional sports might be on the final road to fatal decadence as well. Time will tell whether interest and fans ever return.

Governments in our cities and states seem either ambivalent about these things, or on the side of the destroyers. The federal level is a little different by reason of the upcoming election and the democrat obsession with damaging President Trump. Both sides want to spend trillions of dollars that don’t exist in an effort to alleviate some of the problems they caused with their lockdowns. The federal government’s theft seems much different from the theft of the looters.

Their theft is so classy it is more in the nature of embezzlement than counterfeiting or looting. The looters blame their lack of a moral conscience on something that ended more than 160 years ago. The federal government blames theirs on a virus. Everyone presumes that both explanations are bogus, but we all expect one another to pretend we don’t. It would be hard to imagine Jerome Powell running through a window at Best Buy with a TV, like the looters, but essentially, they do the same thing.

The fatal decadence of unconstitutional spending

The fact that the Constitution doesn’t permit rule by executive order, and that on the contrary it says that spending bills originate in the House, doesn’t seem to bother the Trump administration. He just ignores the peoples’ representatives and rules by executive fiat. He knows that the Democrats want to keep the economy struggling because that would hurt his reelection chances. So he is determined not to let that happen.

When and if the new bipartisan relief bill passes everybody gets something of the new non-existent money. Those who don’t work get a $400 per week bonus and those who do work get free money as well. During the last round, of those who did not work, 68% received more in unemployment payments than they received from working. The federal government thereby set itself as the competitor to business for the services of their workforce. When there is no value in working you know that civilization is headed downhill fast.

Two kinds of money: what one makes and what one steals

Economist Bill Bonner points out that there are two kinds of money.

There is the money you earn honestly by providing goods or services to others. And there is the money you get by lying, cheating, stealing, or counterfeiting. From both theory and experience, we know that the more you have of the latter, and the less of the former, the worse off you are. And that is what President Trump, Nancy Pelosi, Jerome Powell, et al. propose to do. To increase the amount of printing press money while the goods-and-services producing economy sinks.

The wrong kind of crisis management

It is important then to get the printing presses cranking out as much fake money as possible so the people will not lose confidence in the government’s ability to respond to a crisis. This is all an anathema to a properly functioning Republic, but no one seems to care anymore. The lesson is that no matter who is in office whether Democrat or Republican, the fake money printing will continue until the whole thing collapses into a pile of rubble. We have some example of this happening i.e. Zimbabwe, Argentina (many times), and Venezuela. What are the chances that Western Civilization could reassemble from the ashes without the guiding belief system of Christianity? The answer to that question is zero, yes zero, so something else will replace this civilization when it inevitably collapses.

I’m sure the toys we have will still be here at least for a while. The science, the technology, the smartphones, an individual computer in everyone’s hands more powerful by 10’s of thousands of times than the one used to send Neil Armstrong to the moon may still be here most likely. Those things are not Western Civilization. They are the consequences of individualism, capitalism, rational thought, logic instead of mysticism, and personal freedom. All of which make up the essence of Western Civilization.

At the root of fatal decadence – Keynes’ Folly

Governments of the world since the days of John Maynard Keynes have held a false belief. Which is that:

That is a false belief and it has been proven false by many governments including the three I just mentioned. It is false unless you believe that having some counterfeiter print and spend money will stimulate the economy.

Unfortunately, everyone of any political consequence is down with the cause of Modern Monetary Theory. That is the name of the new economy where nothing must be made by anyone and no services need be offered except for banking. The government assumes all power over everything. Then it simply prints and hands out money to those in favor and restricts those who are out of favor. The new economy based on counterfeiting, cronyism, lies and deception, is now called Modern Monetary Theory. And it is the current economy of the United States.

Fatal decadence is a fatal infection

All Democrat politicians and almost all Republican politicians including Donald Trump are down with the MMT cause. I predict that fairly soon the laws of economics, developed over centuries of practical experience, will show us that the cause is not down with us. The theory that government has all power, even the power to determine what money is and to disperse it at its whim is the real infection of today. It has infected the mayors and governors of Democrat states and they have infected the rioters and looters. They, in unison, have sent a message to the looters that this society is not worth defending. Therefore they will not defend it.

There is a cure for all this that would be reasonably easy to implement. It would only require people in congress with guts, determination, and love of country, along with a citizenry with the same characteristics. Get rid of the Federal Reserve. Return to sound money that is based on something substantial. Sounds rather simple, and it is. But only for a people who haven’t lost their moral way and destroyed their own civilization.

Finally, folks, it would require sacrifice to return to a civilized society, but it would be worth it. No more unwinnable and unending wars, no more favoritism, no more cronyism. And no more handouts to pass around to buy votes. In return, a time of economic contraction which would be a hard price to pay for a while. But that is the cost of destroying civilization. The value for future generations would be well worth it.

Kalamity Kamala a Calamity for America

The Riddle of Animals and Small Children