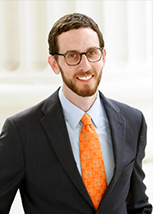 Since when does anyone make a pedophile not a criminal?

With all that is going on the world today, one might consider asking this question. Why do our said representatives have enough time on their hands to decriminalize those who mean to prey upon children? (Luke 17:2) Then again, we live in a country that gives a pass to those who sanction their murder (Proverbs 6:17). So, it should surprise no one as to how backwards Americans have become (Isaiah 59).

When the sodomites began to attack my ministry (Matthew 5:10) when we were defending our children from them back in the early 2000s, that is when George Bush was pushing forth their agenda behind the backs of his supporters. I remember people calling me every name in the book of the reprobates (Romans 1:28).

They called me such names as “bigot” and “hater.” They also called me “liar” when I brought up the fact that their end aim was children. All anyone had to do was to search the Congressional record to find out if it were truth or not.

“French ‘paedophile’ faces death by firing squad in Indonesia ‘for molesting 300 children and beating those who refused to have sex with him.’”

A French man could be executed by a firing squared in Indonesia after being accused of molesting more than 300 children and beating those who refused to have sex with him.

Police said they arrested pensioner Francois Abello Camille, 65, last month at a hotel in Indonesia’s capital Jakarta, where they discovered two underaged girls in his room.

Camille faces death by firing squad or life in prison if convicted on the raft of charges – including accusations he filmed the illicit encounters – under Indonesia’s child protection laws.

…while California would make his act non-criminal

Only in America, where not only the representatives of special interest groups but also the accomplices that give these criminals a pass in daring the justice of God (Jude 1:7), do these people want to normalize the unthinkable. We have sodomite Scott Weiner advocating a criminal act.

Pamela Geller, a contributor from The Sons of Liberty Media, writes:

According to SB 145, the legislation “would exempt from mandatory registration” as a sex offender “a person convicted of certain offenses involving minors if the person is not more than 10 years older than the minor and if that offense is the only one requiring the person to register.”

Say what you will, friends, concerning the acts of these pedophiles. But you can rest assured: the God-fearing daddies and mommies in this country will not put up with it. Neither will I (Proverbs 16:6).

Nancy shows us the way