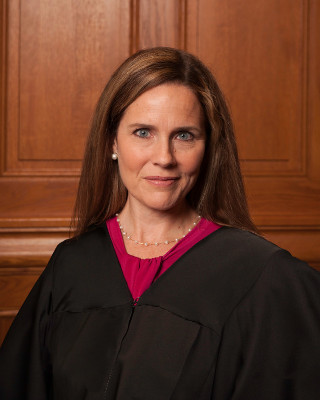 Two days ago (30 September 2020) a senior officer on the Joe Biden campaign proposed to break the Constitution. To be specific, Deputy Data Director Nikitha Rai suggested that no orthodox Catholic, Jew, or Muslim ought ever serve on the United States Supreme Court. Why not? Because they hold “intolerant” views. In other words, Ms. Rai proposed an anti-religious test for public office. And that directly violates the Constitution.

The Constitution on a religious or anti-religious test

The Constitution of the United States reads in relevant part:

[N]o religious Test shall ever be required as a Qualification to any Office or public Trust under the United States.

That means three things in the context of a Presidential appointment subject to Senate confirmation:

And furthermore: to deprecate a nominee for having religious views common to the “three great religions,” ill befits:

But Nikitha Rai now proposes a direct anti-religious test for the office of Justice of the Supreme Court.

Brookings Institute fellow Shadi Hamid noted a tweet from one Adam Wren. Wren pointed out Amy Coney Barrett’s former trusteeship in a private school in South Bend, Indiana. That school described homosexual acts as contrary to Scripture (Paul of Tarsus denounces them repeatedly) and marriage as between one man and one woman.

Wait, why is this news? Isn’t this the standard position for any orthodox Catholic?

Hamid then said, “To be fair, it’s the standard position for any orthodox Muslim or Jew as well.”

So then Nikitha Rai proposed her anti-religious test.

True. I’d heavily prefer views like that not be elevated to SCOTUS, but unfortunately our current culture is still relatively intolerant. It will be a while before those types of beliefs are so taboo that they’re disqualifiers.

Sometime after tweeting the above, Nikitha Rai deleted her Twitter account. (Or someone did. That Twitter Moderation would do it, CNAV doubts.) But user Jeremy McLellan screen-captured and shared that dialogue:

After that, Brittany Bernstein at National Review laid out all the above facts.

If you want an anti-religious test, then amend the Constitution!

If the Constitution of the United States has any meaning, then if someone does not like something the Constitution provides, let that someone propose an amendment! Congress has in fact proposed, and the several States ratified, twenty-seven Amendments to date. So let no one say that one cannot so amend the Constitution. That goes double for a candidate for an office of honor, trust or profit under the United States. Particularly the very highest office in the land. And again: what applies to the candidate, applies also and with equal force to his staff and every member.

So let us consider this anti-religious test Nikitha Rai outlined. Perhaps she would prefer to amend the Constitution to:

Then let her send the above to her Senators and Representative in Congress, and ask them to seek a Congressional Joint Resolution to propose this as a formal amendment.

But it won’t happen

CNAV will tell Ms. Rai what will happen. Congress will never propose anything like that. A simple majority in the House might so vote. A two-thirds majority? Never. And not even a simple majority of the Senate.

Any open declaration of atheism, and of one of the key values of atheists today, would start the debate the atheists do not want. They might think they want that debate, but they do not. For it would end in disaster. At last the American people would see what the enemies of American culture truly want.

So they hide behind inflammatory not-quite-participles like intolerant. And propose that Congress and/or the President informally amend the Constitution by acts contrary to it. Acts like applying an anti-religious test to public office, and especially to the Supreme Court.

Senator Ted Cruz (R-Texas) says flatly that America is “one vote away” from losing all the freedoms Americans hold dear. He wrote a book to say that, with that very title: One Vote Away.

The behavior of Nikitha Rai, in proposing an anti-religious test for membership on the Supreme Court, confirms the Senator’s concern.

Don’t just take our word for it!