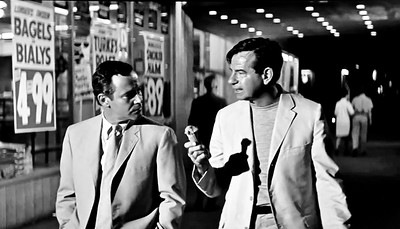 We all know couples whose attraction to each other is confounding. We wonder, what do they see in each other? How do they find each other attractive? Often, marriage is a business arrangement. So it is in politics.

A Presidential ticket is often an odd couple

Presidents and vice-presidents are often selected by the constituency they bring to their party’s ticket. The 2020 election is no exception. The Biden/Harris ticket is an odd coupling. Biden is a corrupt, career politician, and dedicated globalist. His family financial dealings in Russia, Ukraine, and particularly communist China, make Joe Biden a national security risk and a threat to American interests worldwide.

Joe Biden is a 47-year swamp dweller whose diminished capacity is undeniable. Kamala Harris is a radical leftist Democrat who makes Bernie Sanders look like a conservative. So, what gives? Why did Biden choose Harris as a running mate?

The Biden/Harris ticket is a marriage of convenience—a political business arrangement.

The senior, corrupt, career Democrats in the party face a challenge from a radical leftist cohort of young American Marxists. Who in turn are determined to destroy America from within, and replace our constitutional republic with socialism. WHAT?? Oh yes. The 2020 presidential election does not represent traditional Democrat/Republican differences of opinion between American patriots, whose vision for what is best for America is in conflict.

The 2020 election is a revolution without bullets! It is the consummation of the war on America, and the final battle between globalism and Americanism. Let me explain.

Senator Kamala Harris is the most extreme, radical leftist democrat in the U.S. Senate. Throughout her political career Harris has demonstrated her contempt for America and Americans. She is anti-America first, anti-constitutional governance, and a heartbeat away from the presidency. Consider what will happen if the Democrats manage to steal this election for Joe Biden—their corrupt, mentally deficient, globalist candidate. VP Kamala Harris will immediately replace Biden and become president.

Nancy Pelosi has already introduced a bill to implement the 25th Amendment that expedites the process. A President Harris will have the power to keep Obama’s promise to fundamentally transform America. Harris will dismantle our glorious 245-year constitutional republic, and restructure America into socialism.

In my 2020 release, The Book of Humanitarian Hoaxes: Killing America with ‘Kindness’, I examine the sinister leftist, Islamist, globalist attacks on America. Chapter/Hoax 13: The Humanitarian Hoax of Socialism, describes how the enemies of America are attempting to “fundamentally transform America.”

Activists are a broad, seemingly disparate genus joined by their activist ideology. The reason they are so dangerous is that they embrace a lawless, ends-justify-the-means mentality. So, now the country is confronted with whole institutions that lawlessly pursue a political agenda antithetical to American democracy. The censorship and disabling of accounts on social media are particularly disturbing examples.

In his famous 1961 farewell address President Eisenhower warned America against the “unwarranted influence” of the military-industrial complex. He advised the public to “guard against the grave danger that public policy itself could become the captive of a scientific-technological elite.”

Eisenhower understood how the increasing power of the military-industrial complex could threaten the decentralized power-sharing arrangement of the U.S. government. His words echoed the words of English aristocrat Lord Bertrand Russell in his 1952 book, The Impact of Science on Society. Eisenhower’s words were a warning; Russell’s words were a promise of the New World Order and a one-world government.

Both men anticipated the power of the scientific-technological elite. Both could imagine industry (means of production) consolidating into the hands of fewer multinational conglomerates. But neither could have imagined the application of science and technology in a digital age of information wars, where manipulating and censoring information could direct public opinion worldwide and destabilize governments, including our own, via the Internet and the World Wide Web.

Neither man could have imagined the globalist elite being in control of both the means of production AND a weaponized, politicized worldwide information industry. Globalism is a clear and present danger to the United States of America today. It is the existential threat of the expanded military-industrial complex capable of creating a worldwide echo chamber that controls public opinion completely.

Leftist radical socialist Barack Obama opened the door to the globalist elite by soft-selling socialism to America. Globalism requires socialist nations that manage the means of production in order to internationalize them into their New World Order of a one-world government. p. 45-46

Here is the secret of the secret, and the root of the root of Obama’s promise to fundamentally transform America. Obama and his radical leftists, including Kamala Harris and those she represents, are the useful idiots of the globalist elite. The hallmark of useful idiots is that they are too arrogant, and too narcissistic to realize that they are participating in their own destruction.

Radical leftists, including Marxist organizations Black Lives Matter (BLM) and Antifa, are entirely dispensable as soon as they deliver America to the globalist financiers of the Biden/Harris 2020 ticket. Radical leftists will be eliminated in the globalist New World Order. There is no place for agitators in the binary feudal structure of rulers and ruled.

Oligarchy is the opposite of representative government. Oligarchy is government by the few, a form of government in which all power is vested in a few persons or a dominant class. In 2020, the globalist elite and the Google, Amazon, Twitter, and Facebook technocrats who partner with them, are attempting to become the dominant class through the election process using the odd couple Biden/Harris ticket to represent them.

Americans must reject the odd couple and their destructive marriage of convenience. Tell corrupt, career politician Joe Biden and his radical leftist partner, Kamala Harris, that America refuses their anti-American hope for change. Donald J. Trump will never accept socialism, globalism, communism, or any other tyrannical oligarchical system of rulers and ruled. Your vote is your voice!

This article originally appeared at pundicity.com and appears here by content arrangement with the author.

In addition, your editor has reviewed the bill by Rep. James Raskin (D-Md.) relating to the 25th Amendment. Fox News has the most specific report on the matter. Recall that the 25th Amendment has a section letting a Vice President question a President’s competency. To carry such a challenge through, the Vice President needs a majority of either the Cabinet “or of such other body as Congress may by law provide.” Today, Congress has never “by law provided” for any such body.

Rep. Raskin’s bill does just that: provides for a “Commission on Presidential Capacity to Discharge the Powers and Duties of the Office.” This seventeen-member commission would include both doctors and laypeople. Presumably it would ask the Vice President to sign off on its determination of Presidential inability.

Rep. Raskin introduced a similar bill three years ago, while accusing President Trump of “throwing the country into chaos.” But Rep. Nancy Pelosi (D-Calif.), Speaker of the House, gave the game away.

This is not about President Trump.… He will face the judgment of the voters. But he shows the need for us to create a process for future presidents.

President Trump, wise as a wolf, knows the real issue. And said so almost at once:

Rep. Raskin might be looking for his fifteen minutes. But Nancy Pelosi is playing for higher stakes.

“Odd Couple”, a scene from the 1968 motion picture, by CLender is licensed under CC BY 2.0

Germany In Defiance Toward Tyranny: In Case You Were Under The Delusion That Everyone Is Just Going Along With It!

Power Hungry Governor Struck Down By The Courts Again! Why Are The People Still Wearing Masks?

[…] XXV to become Acting President in his place. Some, including CNAV contributor Linda Goudsmit,say she intended this all along. Herewith an analysis of whether Vice-President Harris could do it and what it would involve. As […]