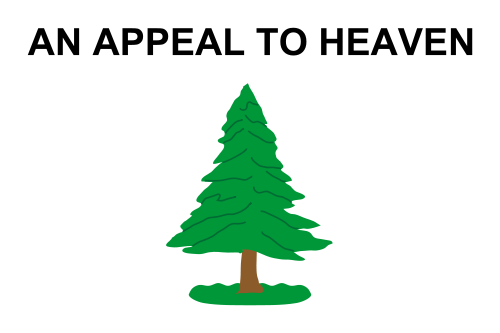 How Americans have forgotten their Christian heritage amazes me to no end. (Hosea 4:6.)

What happens to a people when they forsake God’s moral law (Exodus 20)? Well, the Bible tells us that they praise the wicked (Proverbs 28:4), and the wicked they praise.

Today, instead of making an appeal to Heaven, the professed Christians (1 John 2:4), and professors they are (Matthew 23), make their appeal to their favorite politicians in the place of Christ. In turn, they then reap the curse that they sowed (Jeremiah 17:5; Galatians 6:7). How contrary to that of our founding forefathers.

56 founders, along with 13 colonies, stood against the greatest military in the world and threw off a tyrant that would not be ruled by God. Their appeal was to Heaven where Jesus now resides (Acts 7:55)

25 of the 56 signers had seminary degrees and the least religious founder, Thomas Paine, was found in France rebuking scientists who were attempting to take praise unto themselves that belonged to the Lord (Romans 1:22).

We have Christian crosses over the heads of our fallen, God in every state preamble, God on our money, Moses and the Ten Commandments, which drives us to Christ (Galatians 3:24), etched into capital buildings across the country, politicians swearing-in with their hand on the Bible.

Colleges such as Yale, Harvard, Princeton, etc. started out as Christian colleges to raise up congregants to preach to the world (Luke 19:10).

Christians have an unrecognized heritage in America

Friends, we are rich in Christian heritage and most do not even know it. This is a Christian nation (Psalm 33:12).

In contrast, what is it that we see today? Those who call themselves preachers are driving men to their favorite politicians in the place of Christ (John 14:6) in replacing God’s government (The Mosiac institution, Common Law) for that of man’s. They then sit back and wonder what is the problem. In truth, these said preachers of today (Hirelings is more like it; John 10:12) are bringing men to the curse rather than to the blessing (Isaiah 30:1-3).

These hirelings are pointing their finger towards man’s favorite politicians rather than to the Lamb of God which taketh away the sins of the world (John 1:29).

It used to be that every Sabbath Day in this country that the law and the prophets were preached. Now, it’s their favorite politicians that are proclaimed, which have a long record of lying, stealing and even killing (John 10:10). Yet, they then wonder why their country is turning into the hell that it is (Psalm 9:17).

If Christians were Christ-like they would know to do their own due diligence and read the Bible for themselves to know the difference (2 Chronicles 19:2; John 7:17).

It is time to go back to the old paths (Jeremiah 6:16) and get educated so that we can preserve what it is that our Savior (John 3:16) and our forefathers have fought, bled and died to give to us (John 15:13).

Major Victory: What Happens When Americans Fight The Good Fight Of Faith Against Tyranny? They Win! Here Is Another Example