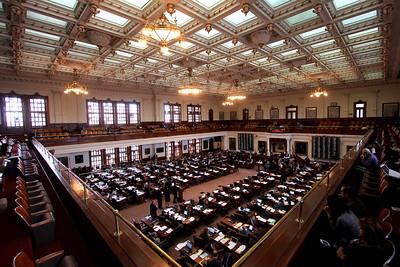 Shall the throne of iniquity have fellowship with thee, which frameth mischief by a law? -Psalm 94:20

What do the American people expect of their representative government when they act outside of their scope of authority, especially when they themselves are immoral reprobates?

These representatives place their hands on the Bible and swear to uphold the enumerated laws found within the US Constitution and yet, when they win office, they live in open rebellion toward the very God that they swore an oath to obey in upholding His laws (Deuteronomy 25:1; 1 John 5:2).

For example, Governor Kate Brown from Oregon, who is a known bisexual, which engaging in such behavior is a felony in every state of our union, is responsible for advocating that which stands in stark contrast to American law.

“For this cause God gave them up unto vile affections: for even their women did change the natural use into that which is against nature:” -Romans 1:26

In other words, Kate Brown is backwards, and if you allow her to act out in such a fashion, you will reap backward judgments, and so it is (Isaiah 59).

Oregon Governor: “Call the cops on your neighbors if they have more than 6 people at Thanksgiving”

Our “leaders” in government have gone off the rails.

In a frankly shocking interview, Oregon Governor Kate Brown called on Oregonians to call the cops on their neighbors if they have more than six people attending their Thanksgiving dinner.

“Do you want people calling the police on their neighbors, non-emergency lines or 911?” KGW’s Maggie Vespa asked Brown on Friday.

“Look, this is no different from what happens if there’s a party down the street and it’s keeping everyone awake,” Brown said. “What do neighbors do? They call law enforcement because it’s too noisy. This is just like that. It’s like a violation of a noise ordinance.”

“But that could be a yes,” Vespa pointed out.

Do we have leaders any longer?

First off, I would like to add to this report that we do not have leaders, we have representatives that “derive their just powers from the consent of the governed.” In other words, they work for us, we do not work for them. Kate Brown does not have the authority to implement that which is unlawful and yet, she does because the people allow her to act out in such a way and how, you might ask? They do not know the lawful difference (Hosea 4:6).

Secondly, what do the people expect these people to do when they take office? The American people give a green light to what it is that God clearly condemns. Kate Brown is in rebellion towards the government that the Lord has established through the Mosiac institution in this country. It is called Common Law (Exodus 20).

This mentally-ill woman is given permission by the people of Oregon to create a state of war with God by using the law against the law.

Where did she get the authority to implement that which other governors declare that they do not have?

In conclusion: They will always get away with that which you let them get away. How could the people of Oregon expect anything else (Galatians 6:7)?

“Texas State Capitol: House of Representatives (in Session 4.4.13)” by Texas State Library and Archives Commission is licensed under CC BY 2.0

Do As I Unconstitutionally Say, But Do Not Do As I Hypocritically-Criminally Do! More Corrupt Politicians Playing Political Theatre

Pollard for President of Israel