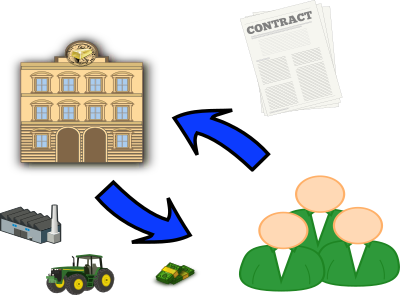 Hello this is Darrell Castle with today’s Castle Report. Today is Friday the 18th day of June in the year 2021. On this Report, I will be talking about the growing threat of inflation. Is inflation really happening? And if so, is it really something terrible, something to be feared? Or is it what the FED and the treasury department say it is, just a transitory phase of the economy?

This is Father’s Day weekend for the Castle family as it is for everyone else. Husband and father are the two greatest roles that a man can have as far as I’m concerned, and I thank God for the opportunity to have those roles in my own life. I’m sure Joan has something wonderful planned for me this weekend, and the family daughter will call from wherever she is in this world.

Inflation – for the consumer…

What is going on in this economy right now? Are prices really out of control? Has the FED (the Federal Reserve) lost control of inflation and the economy in general? Or is it all just a transitory phase as we often hear? When we visit the grocery store or gas station it seems certain that inflation is a reality, not an illusion. It may be transitory, but its effect on our lifestyle and our ability to care for our families is very real. Our standard of living is diminishing every day as prices, especially for commodities we use every day, are increasing.

It is easy to raise prices on consumer products. All the grocer has to do is change his sign for hamburger from $3.99 per pound to $5.99 per pound and you pay a third more for the simplest American meal. When the gas station changes its sign almost daily and always upward, it costs more to drive to work or to the grocery store or to take the kids to school. When prices for such commodities increase your standard of living falls because your wages do not keep pace.

Most working people in America are employed by small business. And those businesses are struggling to keep their heads above water right now. I’m not talking about Google, Microsoft, or some Wall Street bank that has billions in assets and should trouble arise for them, the federal government is there ready to use your money to bail them out. No, the person who runs the small business is losing his standard of living just as you are. Wages always lag behind prices because if an increase comes it is probably yearly while price increases happen almost daily.

What exactly is inflation anyway? The traditional definition is an increase in the money supply, but recently the FED and treasury departments started referring to it as an upward trend in pricing, whatever that means. The government likes to tell us that the CPI (consumer price index) is the proper measurement of inflation. The CPI is just a bundle or basket of industries or companies that the government looks at to measure pricing. On that basket depends the COLA (cost of living adjustment) for Social Security recipients as well as all federal pensions.

COLA is supposed to keep those people on “fixed incomes” from losing ground to inflation. So it is to the advantage of the government to hold COLA to a minimum. And that is done through adjustments to the CPI. If you want to show that there is little or no inflation, make sure to have a lot of high-tech companies in the basket. Prices on certain electronics such as TV’s have actually fallen as knowledge increases. To prevent problems on the upside just take volatile industries such as timber, meat and other foods from the basket and CPI can appear to be under control.

The FED and its scam

People see the prices of things they use continuing to rise, but most do not understand what is happening. And if they do understand, what can they do about it? The FED has been good in recent years at keeping inflation from their constant money pump limited to Wall Street. In recent months, for example, the FED has pumped $120 billion per month into the economy through buying assets, primarily bonds. They don’t let debt pile up to unpayable levels for the big banks. Instead they just pay the banks to buy their own debt.

That appears to be quite a scam I know, and that’s because it is. The FED gives our money to the banks so that the banks can buy government debt or, in effect, lend the money back to the government. Even worse they use it to buy back their own stock making them appear profitable and increasing the director bonuses.

It was all just an illusion designed to keep enough plates in the air to prevent total failure, but the recent massive amounts of money created to pay people and businesses, for Covid losses changed all that. Inflation has finally broken out in the general economy and the FED seems at a loss to curtail it. The last time it happened on such a scale was in the 1970’s and like now the government at first had no answer.

When Ronald Reagan was elected, he brought in Paul Volker to run the FED and Volker knew that he had to inflict pain to prevent even more pain in the future. He raised rates to above 15% at one point and the once red-hot housing market collapsed, but inflation receded, and the economy was booming all through the 1980’s. The difference between then and now is that the solution of such a drastic increase in rates is no longer a realistic option for the FED.

Paul Volker had less than $1 trillion of government debt to deal with and to fund the debt service for and today the FED has $28 trillion and rising. The monthly debt service today is almost half what the entire debt was in Volker’s day so a drastic increase in rates would leave the government unable to fund its debt. This all leaves the FED on the horns of a dilemma. Raise rates enough to control inflation and use the government’s entire revenue just to pay debt service or let inflation rage out of control.

What will the FED do today?

Either way it is not a pretty picture so the FED will probably try some type of modest stop-gap solution such as raising rates just a little in hopes that the increase sends a negative message to slow the economy. The other thing is to continue under-reporting of CPI numbers to make it appear that inflation is under control. Then finally, hope that it holds together long enough to get through one more administration, then hand the problem off to the next one.

Looking for reasons for an inflationary cycle should remind the government that it is not omnipotent, and there are limits no matter how much the government wants to believe otherwise. There are limits to how much money the FED can create without anything productive behind it and with nothing to anchor it. Those limits are the reasons why governments hate gold. The government does not want to be reminded and the gold price is right there in front of us all the time as a reminder. When gold prices are rising, so is inflation, and that is why the government distorts even that limit by buying up gold futures.

Leaving the gold standard in 1971 allowed the FED and the treasury to become completely financialized. In other words, we no longer had to make anything people wanted to buy because they wanted dollars and the dollar, by the pallet became our chief export. Computers ended the pallets of dollars and replaced them with blips on the FED computer screens, but the principle was still the same. Even military weapons were often purchased from foreign countries. When the 1911 model .45 automatic was replaced as the side arm for Marine Officers it was replaced by a foreign pistol.

So, America deindustrialized, and industry moved offshore to cheap labor countries. American retailers rushed to switch to foreign purchases of merchandise. Large importers such as Walmart, Sam’s Club, Costco, began to dominate the American market and consumer prices fell. Everyone was happy about that until they learned that American labor had lost its bargaining power. Why would a manufacturer like Ford or General Motors listen to a bunch of unreasonable union demands? It would be far easier and far cheaper to relocate the factory to a low wage country so work for what we offer, or we will relocate. In less technical industries American labor competed with imported labor from cheap labor countries as well as imported goods.

Every segment of American society lost its standard of living except perhaps the top 10%. Even the low-priced foreign merchandise was not affordable because of increasing prices and decreasing wages. That problem was solved through credit which increased the power of the banks. The 20% or so between what they earned and what they needed that had been lost to Americans was made up through liberal credit until even the debt service could no longer be afforded. The people were forced to either ask for bankruptcy protection or live a much lower standard.

Conclusion – what can people do?

In conclusion the fate of the American worker is sealed by inflation and by the irresponsible policies of the FED and the treasury. The FED board of governors knows how many people will be impoverished by their decisions. They know how many divorces will occur and how many children will be fatherless. They know how much drug addiction will result and how many suicides, but those people are just numbers on a computer screen.

Finally, folks, when I use the expression the deep state or the swamp, I am talking about those who perpetuate this system. They are so embedded in the woodwork of Washington that no one can dig them out. What can be done about it, absolutely nothing?

This article first appeared on the author’s website, and appears here by permission. – Ed.

The greatest problems facing the nation

[…] I talked about this last week I know, but the subject is important enough to mention again. Inflation destroys our standard of living, and therefore that is what the President is doing, destroying our standard of living. Rising fuel and food costs cannot be pushed immediately into the labor market so the standard of living of people of normal means continues to fall. In addition, the future economic standing of the nation is threatened by increasing debt service which must be covered through taxes. […]