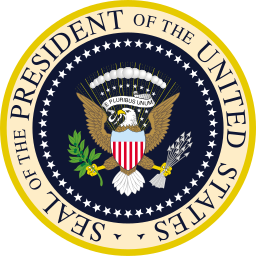 Hello this is Darrell Castle with today’s Castle Report. This is the 3rd day of September 2021, and this is Labor Day Weekend when we get 3 days away from work to celebrate work. I will be talking about what I perceive to be the collapse of American command leadership or command presence as the Marine officers would say it, and what that means to America, NATO, and the West in general.

The Castle Family is still in good health as far as we know and looking forward to Labor Day Weekend when we will have 3 days away from work. Ribs will be cooking on the Castle grill on Monday, but the real excitement is that the family daughter will leave her safe haven in Los Angeles and head to Germantown to be with her parents’ next weekend. We haven’t seen her in almost 2 years, so we are very excited.

I will put this in very common terms to start and that is that Joe Biden has lost his Mojo, his command presence. That means America has lost its Mojo as well because to the rest of the world right now Joe Biden is America. He is especially America to Communist China, North Korea, Iran, Russia, and to Islamic Jihadists around the world. You’ve probably heard the adage that power abhors a vacuum and in this case something or somebody will step in to fill the vacuum left by the collapse at the top of the American Institutions upon which American and Western safety and security depend.

The Washington power establishment made up of the intelligence, security, diplomatic, and military which project American command and authority around the world are in a state of almost complete collapse. You can bet the farm that the rest of the world is noticing. This collapse has been brought to the forefront by the debacle in Afghanistan, but the rot has been eating at the foundations for some time.

What Joe Biden really is: no leader

The debacle in Kabul gave the world and especially America a chance to see Joe Biden for what he really is, and that is a cold, calculating, uncaring, unfeeling, self-important, egotistical, and most of all incompetent leader. The world sees him and no amount of spin by the New York Times or protection from his sycophants in social media can change that. The leaders of the world have a full on, up close and personal look and what they see has changed the perception of America in the worlds’ eyes perhaps forever.

NATO allies who had fought with us in Afghanistan for 20 years under the 9/11 accords of one for all found out that means exactly nothing to the President of the United States. They even resorted to begging at times pleading with the leader of the free world to please extend the August 31st deadline for the withdrawal of American troops. The allies cared about their people who would be left and trapped there at the tender mercy of the Taliban, but Joe Biden did not care, not one little bit.

NATO called an emergency G7 summit of the leaders of the most powerful countries in the world in an effort to extend the deadline, but the President said no. When Churchill became so desperate for supplies that he had to go to Roosevelt hat in hand the President did not refuse or embarrass him, but instead found a way to help him in the struggle against NAZI Germany. The allies of all the NATO countries now know that Joe Biden does not give one little whit about them, their people, and much worse, his own people. In fact, thanks to Joe Biden, the Taliban are now a better armed nation than virtually all NATO countries.

Leaving behind weapons – and people

He left those people there. America left its own people in harm’s way, turned its back, and ran in the cowardly fashion that has become the trademark of this President. It is far more than embarrassing because it is disgraceful, unthinkable, disgusting, and cowardly and an insult to every person who has ever worn the uniform. The whole world can see it and while our allies cringe and hold their collective breaths our enemies exult in our humiliation. The Chinese have already made overtures and the Taliban said they would welcome them into Afghanistan. The President’s boast that we accomplished the goal of ending Afghanistan as a terrorist haven and training ground is false. Not only did we not end it, we made it much worse because the terrorists now have many billions of high tech weapons.

A lot more than the best military equipment in the world was abandoned by President Biden. He abandoned many American citizens and many Afghans who had helped in America’s long war. He abandoned those people, thousands of them to their fate but that is not even the worst part. He gave a list of their names to the Taliban so they could later be rounded up, tortured, murdered, or held for ransom. Now we also learn that he abandoned hundreds of reporters employed by the U.S. Government when he gave his solemn word that he would not leave them.

The Pentagon is constantly correcting his numbers upward to hundreds not dozens of Americans left. You are painfully aware that I was a U.S. Marine a long time ago and I’m very proud to have served. Every Marine is taught from boot camp on that he will never be left on the battlefield. Someone, he is told, will even recover his body, and get it home to his family. That is why it is so hard for members of the armed services to just turn their backs and walk away from Americans left in enemy hands.

It’s apparently not hard for Joe Biden though, not one little bit. When he gave a few brief remarks about it the other day, Peter Alexander of NBC News asked him what would happen if Americans remained stuck in Afghanistan after the deadline expired. “You’ll be the first person I call” he said over his shoulder as he was walking out. Cold and unfeeling with no understanding of the gravity of the moment. He had a chance to lead, but he could not or would not. He showed the same cold unfeeling attitude with the families of the 13 dead Marines as he did with the reporter.

Failure – or something else?

I won’t go into detail about his meeting with those who would see him, but family members reported that it did not go well. It was all about him and his grief from when his veteran son, Beau, died from cancer. One young Marine’s mother said she told him that the difference was that her son was murdered, but he just turned and walked away. The scene of his attendance at the transfer of the Marine bodies where he kept looking at his watch as if he had somewhere more important to be, was typical of his demeanor during this affair.

Biden’s rank incompetence is so apparent that it makes me think there must be more to it. The rest of the story is that he appears to be a complete sociopath, but since I’m not qualified to give that diagnosis, I will say that he exhibits classic sociopathic behavior. The way he treated the dead Marines’ families, it’s all about me on every occasion, the constant lying to glorify himself, referring to one of the worst foreign policy disasters in history as a smashing success all indicate the classic signs. No empathy or compassion except faked emotions and not a very good fake either.

A psychopath – or a liar

He can claim that his decision was a successful one and a smashing success but if he believes that he is also most likely a total psychopath. My gut reaction is that nothing will anger the public like his disrespecting the dead Marines and their families, but sociopaths do not care about such things. He seems emotionally unable to care and instead he has a cold contemptuous disregard for the lives of those in harms way. He even blamed the Americans still stranded for their own condition, because they didn’t get to the airport, or because they were dual citizens. I will point out that several members of congress are also dual citizens.

Joe Biden has been in office seven months and has lurched from one crisis to the next with each one getting worse. His gross incompetence is so obvious I am starting to think that even Kamala Harris could not be worse. The disasters are of Biden’s own creation as it seems that events are overtaking and swamping him. His administration is floundering and that means the nation is as well.

Disasters of his making

The results of the disaster in Afghanistan seem lost on him. He does not seem to grasp that he has created a disaster that will plague America for decades or longer. He created a terrorist state and armed it with almost 100 billion dollars’ worth of the best military equipment in the world. True, the Taliban are probably not capable of reverse engineering the high-tech machines, but the Iranians and Chinese are very capable.

He apparently abandoned an unknown amount of 100-dollar bills, but the number is many billions. The President of the Afghan puppet state, Mr. Ghani, fled with 100 million in his case according to the U.S. military. Biden tries to portray himself as a hapless victim. Events not of his choosing or responsibility have simply overwhelmed him, but the truth tells a different story. Every disaster from illegal immigrants’ surge to the money printing and resulting inflation to this withdrawal catastrophe have been of his making.

How high up the chain of command does this treason go?

Well, once again, the consequences of this disaster are difficult to exaggerate. The largest, most public, and costliest hostage situation in history will plague the country for years. Enemies of the United States will be emboldened, and Islamic terror has been given safe haven and 100 billion in weapons. The damage to the reputation of the United States is hard to calculate, but my guess is that we will never be looked at the same way again after all, we abandoned our allies, refused to take their calls, and we left people in harms way when we had the ability but not the courage or will to save them.

In conclusion, will heads roll at the top over this? Heads like chairman of the joint chiefs, Milley and secretary of defense, Austin? There are many others in the chain of command and influence who should be expunged from Washington before we come to the president. Ninety retired officers of general rank and from all armed services released an open letter calling for their resignation or removal. The letter said these people care a lot more about PC-wokeness than about rescuing Americans and training to fight and win wars.

Finally, Folks, the current crises has been brought on by the collapse of the command and leadership of Joe Biden. That is a virtual guarantee that this crisis will get worse rather than better. What needs to happen, indeed what must happen if we are to continue this American nation. We must find and exercise some constitutional way to hold people accountable and clean house. It must start with the American people who must demand it.

This article appeared first on the author’s website and appears here by permission.