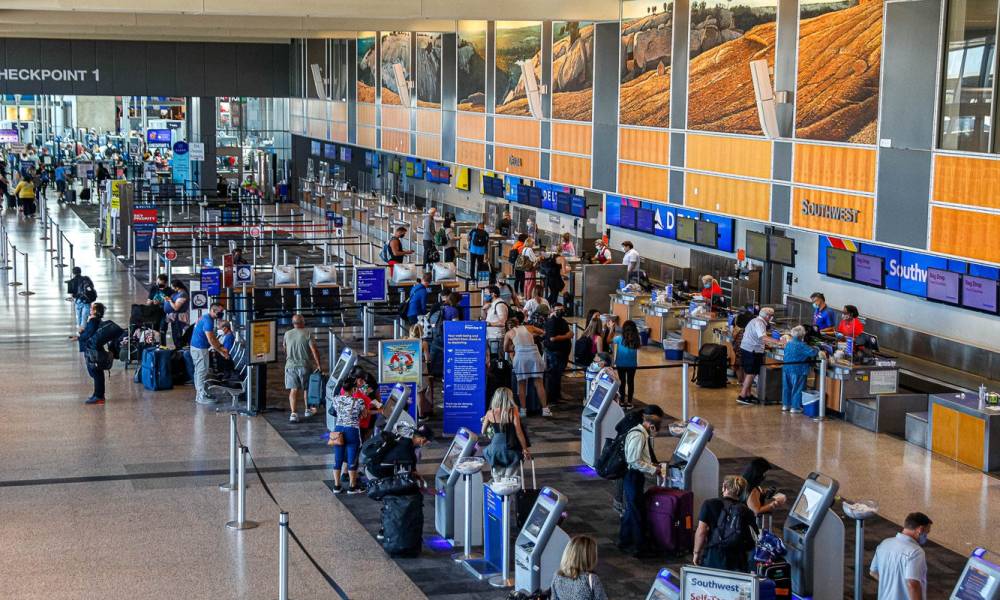 The union representing Southwest Airlines acknowledged an “operational meltdown” over the weekend but said the cancellation of hundreds of flights doesn’t have to do with vaccine mandates.

After the airline canceled more than a quarter of its flights on Sunday, speculation swirled that it was because of “sickouts,” or workers using their sick leave to stay home from work as a form of group protest. The Southwest Airlines Pilots Association said federal law doesn’t permit that type of action.

“There are false claims of job actions by Southwest Pilots currently gaining traction on social media and making their way into mainstream news. I can say with certainty that there are no work slowdowns or sickouts either related to the recent mandatory vaccine mandate or otherwise,” the group said in a statement. “SWAPA has not authorized, and will not condone, any job action.”

Southwest Airlines has blamed weather problems and air traffic control issues. More than 1,000 flights were canceled by the Dallas-based carrier on Sunday. As of Monday morning, it had canceled about 350 more flights and delayed more than 300 more, according to the Associated Press.

The cancellations come against the backdrop of Southwest announcing last week that all its U.S. employees must be fully vaccinated before a Dec. 8 deadline if they want to remain with the company.