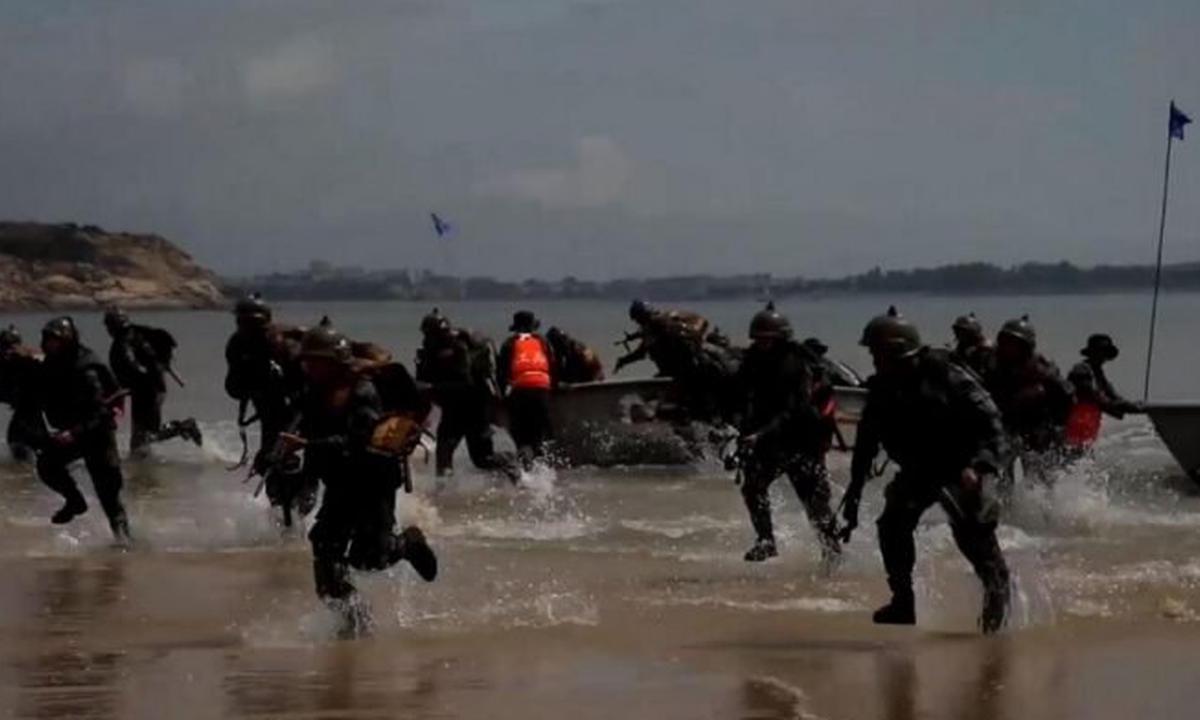 China’s military claimed Monday it has carried out beach landing and assault drills near Taiwan “in recent days” amid rising tensions with the island. Taiwan has recently complained of increased pressure from Beijing to accept Chinese rule in the democratic country.

A Chinese military newspaper reported that the troops in the drills were “divided into multiple waves to grab the beach and perform combat tasks at different stages,” according to Reuters. The newspaper’s coverage also included a video of soldiers throwing smoke grenades from boats, navigating through barbed wire and digging sand trenches.

On Monday, a tropical storm was passing between Taiwan and the Philippines, but Reuters noted that the video appeared to have been taken on a clear day. Amid China and Taiwan’s most heated tensions in years, Chinese President Xi Jinping vowed in a speech on Saturday that the two governments would have a “peaceful reunification.”

“Taiwan independence separatism is the biggest obstacle to achieving the reunification of the motherland, and the most serious hidden danger to national rejuvenation,” Xi said. But Taiwanese President Tsai Ing-wen said the island had already rejected offers of reunification, adding that Taiwan would not “act rashly.”

While China routinely conducts military drills, Taiwan has repeatedly asserted that it would defend itself if attacked. “But there should be absolutely no illusions that the Taiwanese people will bow to pressure,” she said. “We will continue to bolster our national defense and demonstrate our determination to defend ourselves in order to ensure that nobody can force Taiwan to take the path China has laid out (Smoot News).