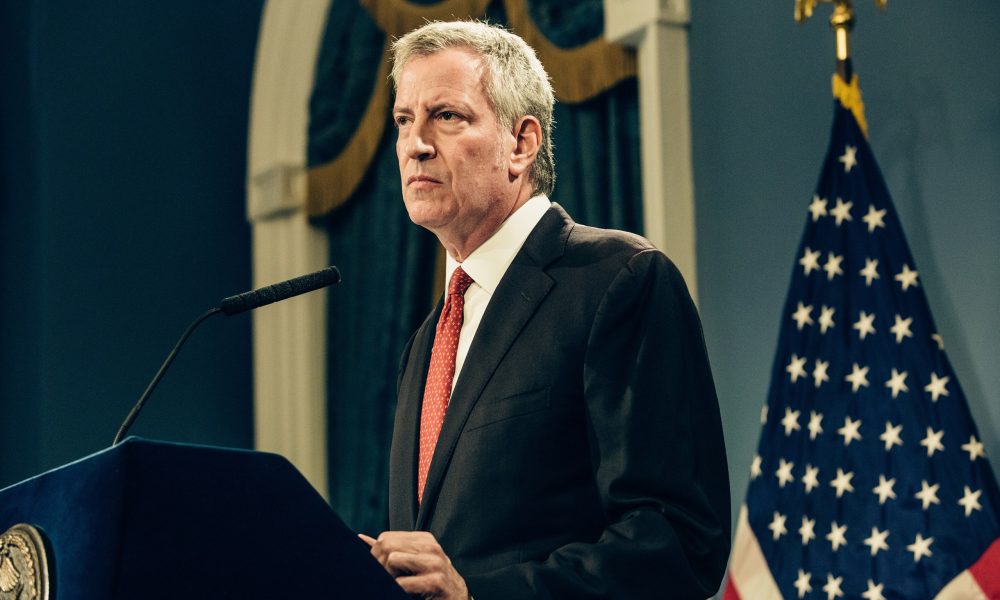 One of the nation’s most prominent public opinion pollsters says that New York City Mayor Bill de Blasio’s gubernatorial hopes aren’t serious enough about running to include him on their 2022 New York governor race shortlist.

“We wanted Hochul, Cuomo and Tish James — but De Blasio is sort of around the fringes,” Lee Miringoff, director of the Marist Poll, told the New York Post. “Usually we put people in when they are more committed to it. If de Blasio gets serious or there’s more speculation we will [add him] next time for sure.” The matchup poll, published earlier this week, contained names that included New York’s current Gov. Kathy Hochul, Attorney General Letitia James, left-wing NYC Public Advocate Jumaane Williams and disgraced former Gov. Cuomo.

The poll found that Hochul, the only candidate who has officially declared candidacy, leads James by a margin of 44% to 28%, with Williams receiving 13%. “With Tish James, there is much more speculation that she will run. She is a person who has a support base and who would be measurable for governor,” Miringoff said. “We were really measuring Cuomo, Hochul and the two others who are further down the announcement path than de Blasio.”

Miringoff also explained that he believes de Blasio will have a difficult time seeking higher office if he chooses to do so. “Primaries are downstate, and you have to deal with the suburbs and upstate in the general [election],” Miringoff said.  “He’s not as well known outside the city, and that can work to his advantage, or his disadvantage, because obviously in the city, people have already cast their lot for or against him — elsewhere it’s more of an introduction.”

De Blasio has hinted at a possible gubernatorial run once his term as mayor ends on December 31, 2021. “I believe in public service, I’ve done it my whole life,” de Blasio said in September. “I want to keep working on crucial issues and causes, particularly care about things like education for our kids. … So we’ll see what the future brings.” De Blasio added, ” I want to keep serving in one way or another in the future,” de Blasio said. “So, I’m going to look at different options. Absolutely” [FOX].