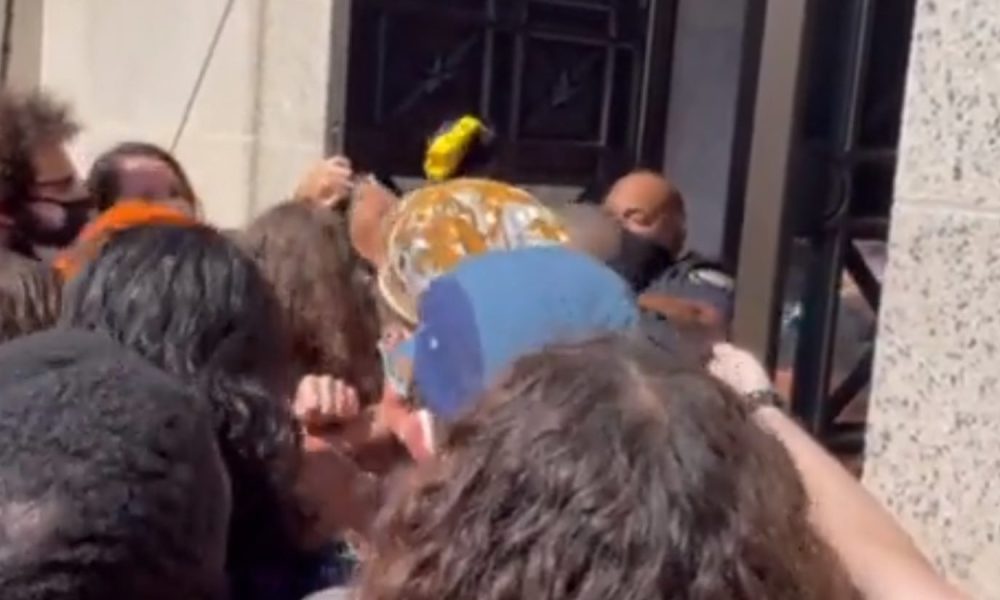 Over 100 people were arrested during a climate change protest at the Interior Department building Thursday in downtown Washington, D.C., and some reportedly were tased, the Associated Press reported.

An Interior Department spokeswoman said a group of protesters rushed the lobby, injuring at least one security officer who was taken to a nearby hospital. Police and protesters clashed outside the building, and officers used Tasers against several unarmed protesters, a spokeswoman for the protest group said. Interior Secretary Deb Haaland was traveling Thursday and was not in the building during the protest.

“Interior Department leadership believes strongly in respecting and upholding the right to free speech and peaceful protest,″ Melissa Schwartz, a spokeswoman for Haaland, said in a statement. “Centering the voices of lawful protesters is and will continue to be an important foundation of our democracy. It is also our obligation to keep everyone safe. We will continue to do everything we can to de-escalate the situation while honoring First Amendment rights.″ She said protesters were taken in for booking.

The protest was part of “a historic surge of Indigenous resistance” in the nation’s capital that started on Monday, Indigenous Peoples’ Day, outside the White House, she said. More than 100 people were arrested as protesters linked arms and sat along the White House fence line to call on the Biden administration to do more to combat climate change and ban fossil fuels [Newsweek].