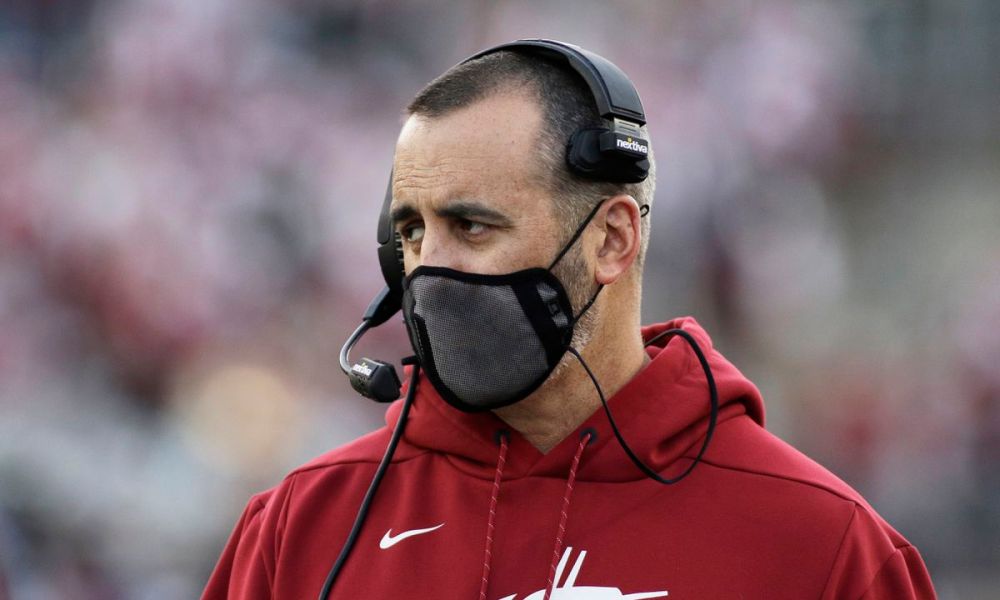 After only 11 games, the Nick Rolovich era at Washington State is over. The school announced Monday, that Rolovich, along with four of his WSU assistants, had been fired for failing to comply with a Washington mandate, which required the state’s educational employees to be either fully vaccinated or have received an exemption approval by Monday.

“This is a disheartening day for our football program,” athletic director Pat Chun said. “The leadership on our football team is filled with young men of character, selflessness and resiliency and we are confident these same attributes will help guide this program as we move forward.” Assistants Craig Stutzmann (co-offensive coordinator/quarterbacks), Mark Weber (offensive line), Ricky Logo (defensive tackles) and John Richardson (cornerbacks) have also been fired on the same grounds.

The situation evolved almost immediately into a complex political debate on a national scale and a public-relations crisis for the university. Rolovich’s supporters commended him for standing his ground.“If that’s not what (Chun) wants, then I guess I’ve got to move on,” Rolovich said. “But I like being here. I like being the coach here. I love these kids. I’ve just got faith.”

The athletes have backed their coach. Receiver Travell Harris and tackle Abe Lucas praised Rolovich for his player-first style. Quarterback Jayden de Laura was eager to speak on the subject earlier this month. “Players, we have no issue with coach Rolo,” he said after the OSU game. “We have no issue with any of our coaches. We respect their decisions.” He added, “I respect him. I love him to death. I’d do anything for him” (Union Bulletin).