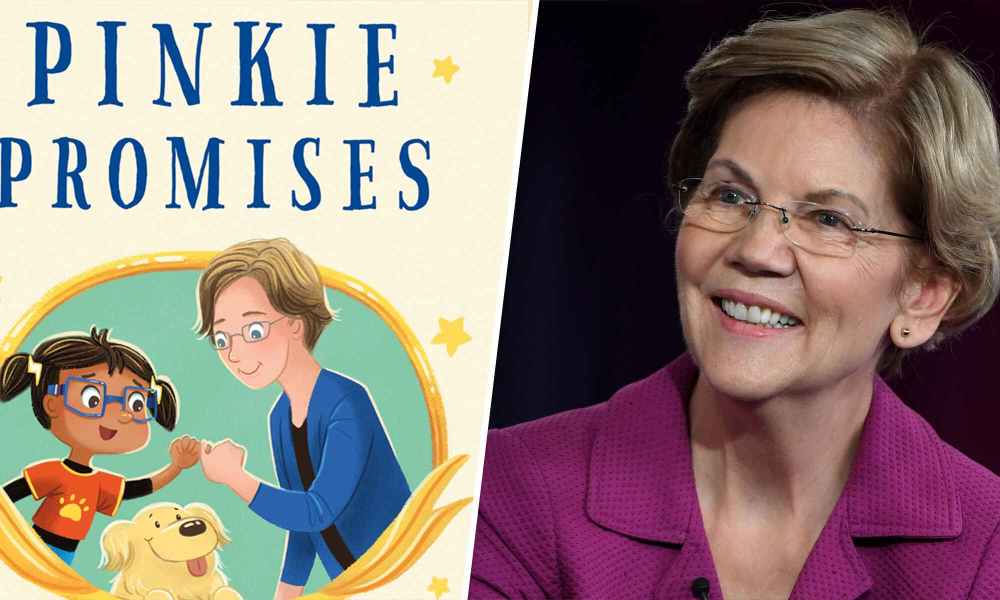 Although Senator Elizabeth Warren (D-NH) missed out on being the Democratic nominee for the 2020 election, and potentially the first female president, dropping out of the race allowed her to become an author of a children’s book. Warren began writing a picture book in March 2020 after dropping out of the presidential race. The book is called Pinkie Promises, in light of the pinkie promises she made to young girls during photo-ops on the campaign trail.

In an interview with the Boston Globe, Warren said of the book: “I started this book right after I dropped out for president. I started writing as a way to [tell] every one of those little girls I had seen, ‘That’s what we do. We stand strong.’” The book tells the story of a young girl who is constantly told all the things she “can’t do” because she is a girl. She starts to believe the sentiment until she meets a presidential candidate who makes her a pinkie promise, which begins to change it all. The presidential candidate? Elizabeth Warren.

Warren said that pinkie promises had a “strengthening quality” between girls when she was growing up. When she began on the campaign trail to become a senator ten years ago, she began making pinkie promises to girls she met (Boston.com). It was a huge thing during the presidential elections for me, and what it’s always meant is that we remember, ‘That’s what girls do.’” Her inspiration for the book was “all the little girls I’ve done pinkie promises with,” she tweeted.“It’s about the joy and hope that comes with throwing yourself into the fight, and the power of dreaming big.”

The book was released on October 12. Warren held an outdoor reading of the event last week. The event was sold out, but did not allow photos or recordings. The book is illustrated by nonbinary Canadian Charlene Chua and features Warren’s dog, Bailey, and main character, Polly.