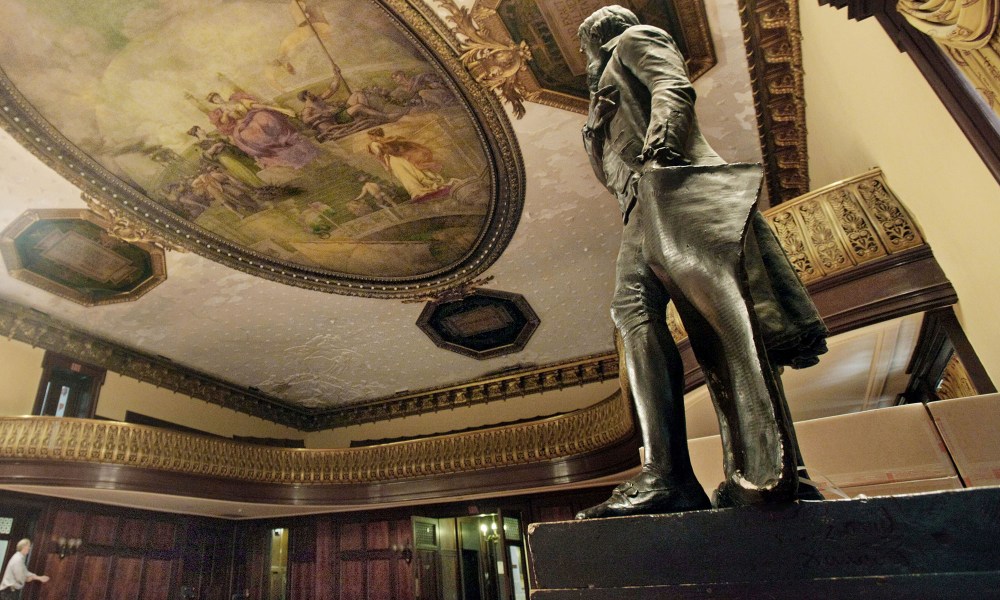 A vote by a New York City committee on Monday has brought to an end to a two-decade effort to remove a statue of Thomas Jefferson from the chambers of the New York City Council.

The Public Design Commission, which oversees the city’s collection of public art, voted 8-0 Monday to relocate the statue at the request of members of the City Council’s Black, Latino and Asian Caucus. Councilmember Inez Barron informed the commission Monday the proposal to relocate the statue to a museum run by the New York Historical Society was the product of 20 years of effort by members of the Council. The statue of Jefferson dates to 1833, when it was crafted by Pierre-Jean David d’Angers. It has occupied the City Council chamber since 1915, according to the city.

Barron said a statue of Jefferson, an American founding father and slave owner, was inappropriate in a room where New Yorkers gathered to govern. “We’re not being revisionist, we’re not waging war on history,” Barron said. “We’re saying that we want to make sure that the total story is told.”

“Thomas Jefferson was a slaveholder who owned over 600 human beings,” Councilmember Adrienne Adams, co-chair of the Black, Latino and Asian Caucus, said in a presentation before the commission. “It makes me deeply uncomfortable knowing that we sit in the presence of a statue that pays homage to a slaveholder who fundamentally believed that people who look like me were inherently inferior, lacked intelligence, and were not worthy of freedom or rights.”

Former President Donald Trump released his own statement in regards to the decision. “Well, it’s finally happened. The late, great Thomas Jefferson, one of our most important Founding Fathers, and a principal writer of the Constitution of the United States, is being ‘evicted’ from the magnificent New York City Council Chamber. Who would have thought this would ever be possible (I did, and called it long ago!). Next up, Benjamin Franklin, Abraham Lincoln and, of course, George Washington. The Radical Left has gone crazy, and it’s hurting our Country badly; but someday soon, sane people will be back, and our Country will be respected again!”