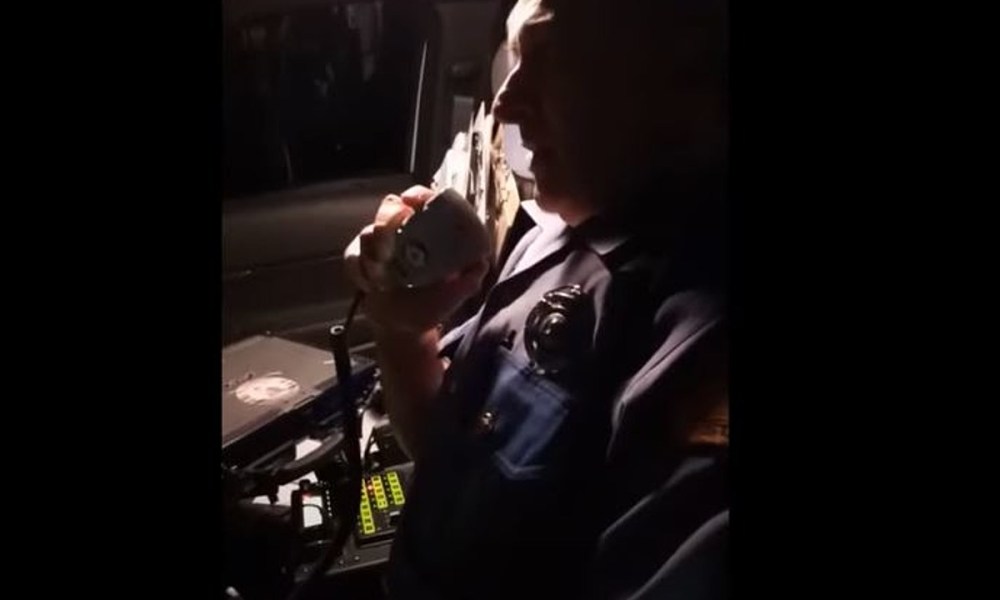 In a video that has now gone viral, Robert LaMay, a 22-year veteran State Patrol officer, said his farewells over the police dispatch system at the end of his final shift. The Washington State Patrol Officer signed off over radio one last time, ending the dispatch by saying, “And Jay Inslee, you can kiss my a–”.

“This is my final sign off, and after 22 years of serving the citizens of the state of Washington, I’ve been asked to leave because I am dirty,” (RT). Although he didn’t clarify what he meant by dirty, most assume he was referring to his refusal of the Covid-19 vaccine, which became mandatory for Washington police. He ended the dispatch by telling off Governor Jay Inslee. All government employees and contractors in the state of Washington are required to get their Covid-19 vaccination, as of an announcement made by Inslee on August 9. Fire and police department employees are being fired in waves, as they refuse to get the vaccine.

LaMay has been an outspoken critic of the vaccine since the mandate was announced. He told the Washington Post that his concerns were over the long-term effects, which are unknown, and that those who were encouraging people to get the vaccine the most are politicians. He said he and his family are Christians and they prayed about whether or not they should get it. After publicly expressing his concerns, he received job offers from other agencies and took that as a sign from God.

“This is where we’re supposed to be; this is what we’re supposed to do. God will provide — you put it in his hands, and he’ll take care of you. That’s basically what he’s been showing.” He added that many officers “lost trust in the governor, our command staff, our chief” and that he told Inslee off because “he won’t listen to us with proper protocol.”

At the end of his farewell, the dispatcher replied, “You’ve taken on many roles in your time with patrol. In your first year, you delivered a baby while on patrol in Bremerton […] You’ve been a great role model and mentor for all young troopers serving in the area by sharing your knowledge and experience throughout the years. Thank you for your service.”

At least 127 Washington government employees are no longer employed due to their refusal of the vaccine. Police officers across the U.S. are being encouraged to get vaccinated, as Covid-19 was reportedly the number one cause of death in officers during the first half of 2021.