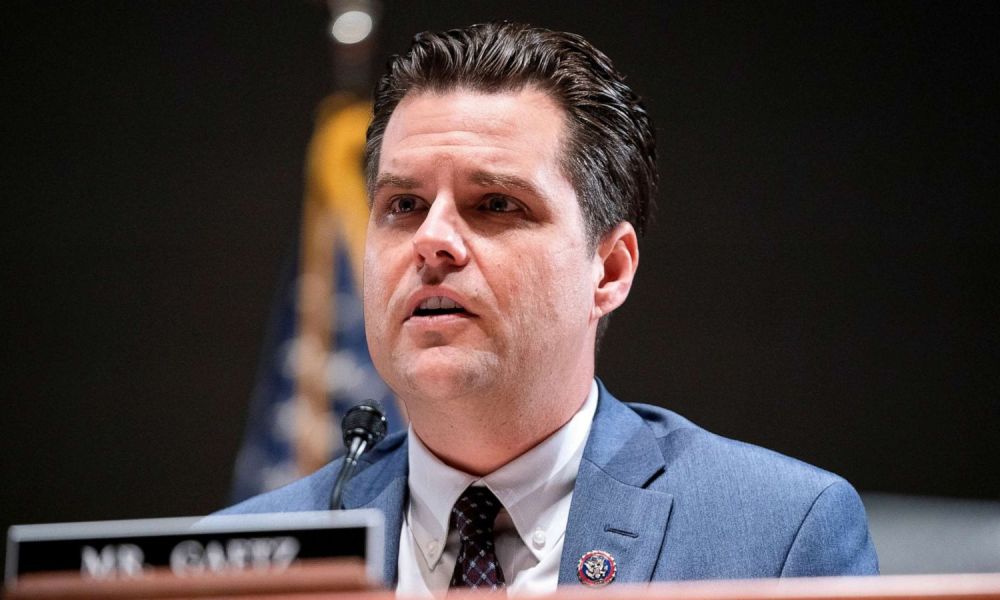 Two top prosecutors, one with an expertise in child exploitation crimes and the other a top official in the Department of Justice’s Public Integrity Section, were added to the federal probe investigating sex trafficking allegations against Rep. Matt Gaetz (R-FL). The prosecutors have been working on the case, which is based in Florida, since at least July.

The legal team, now supplemented by the new prosecutors, has been looking into whether or not Gaetz violated federal law by providing goods or payments to a 17-year-old girl in exchange for sex. No criminal charges have been pressed against Gaetz, and he has denied any wrongdoing. A spokesperson for Gaetz said in statement to ABC News, “Congressman Gaetz is innocent. The former DOJ official who tried to extort him is guilty. No number of political operative prosecutors at a politically weaponized DOJ will change this.”

The news of the addition of the top prosecutors comes on the heels of a federal judge in Central Florida granting a request from the attorneys representing Joel Greenberg, a former Seminole County tax collector, to delay his sentencing.

The request was made as Greenberg, whom Gaetz once described as his “wingman,” is continuing to provide prosecutors with details regarding his own activities in connection with the federal probe. In May, Greenberg pled guilty to several federal crimes including sex trafficking of a minor. His sentencing is now scheduled for March 2022, which the judge said is a “deadline we have to meet.”

Throughout the investigation, Gaetz has remained active in Congress, often pushing back against the DOJ and the media. He even questioned Attorney General Merrick Garland during Thursday’s House Judiciary hearing, asking whether there are prohibitions against DOJ officials who have been members of “partisan committee staff” working on criminal investigations. Gaetz may have been referring to Todd Gee, who previously worked as a House Homeland Committee staffer for Democrats during the Bush Administration and is one of the two prosecutors added to the federal probe.