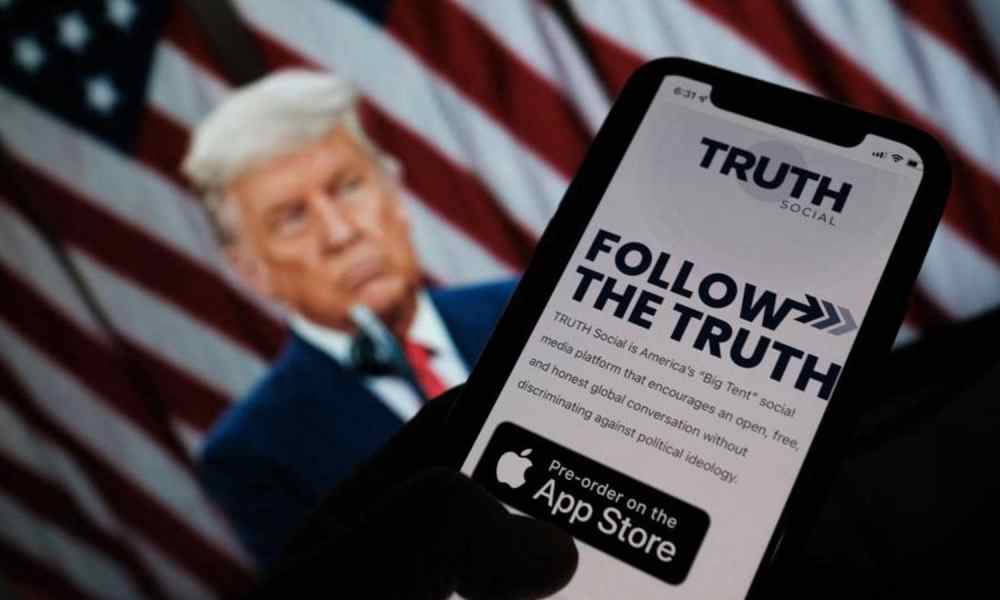 Former President Donald Trump announced on Wednesday that he’s launching a new media company with its own social media platform. Trump says his goal in launching the Trump Media & Technology Group and its “Truth Social” app is to create a rival to the Big Tech companies that have “shut him out”.

“We live in a world where the Taliban has a huge presence on Twitter, yet your favorite American President has been silenced,” he said in a statement. “This is unacceptable.” Trump is currently banned from both Facebook and Twitter.

Mark Zuckerberg released a statement on Facebook, after he banned Trump, “We believe the risks of allowing the President to continue to use our service during this period are simply too great. Therefore, we are extending the block we have placed on his Facebook and Instagram accounts indefinitely.”

The website has confirmed that the app can be pre-ordered on App Store and also has the following announcement; “TRUTH Social is America’s ‘Big Tent’ social media platform that encourages an open, free, and honest global conversation without discriminating against political ideology.”