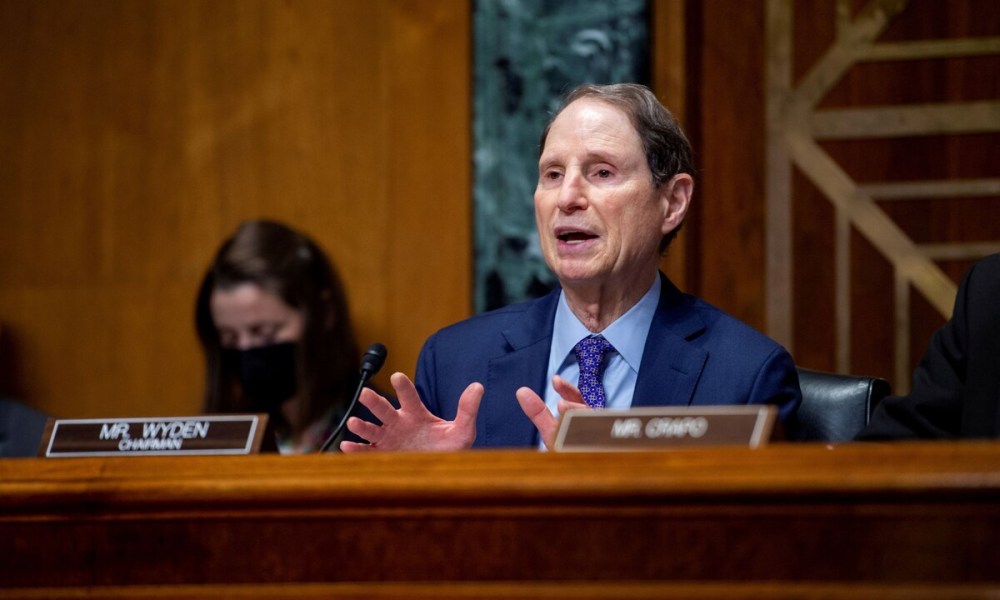 Senior Democrats are preparing a sweeping new tax plan that would aim to raise hundreds of billions of dollars from the fortunes of America’s roughly 700 billionaires.

Senate Finance Chair Ron Wyden (D-OR) is drafting the plan, but both senior Biden officials and other senior Democrats are cautiously optimistic Sinema and other centrist lawmakers support the effort, according to interviews with three congressional aides and two administration officials, who spoke on the condition of anonymity to reflect sensitive negotiations. The proposal would be incorporated into the reconciliation bill that Democrats hope to pass soon and will help fund the roughly $2 trillion bill.

For years, Democrats have argued for higher income and corporate tax rates, saying that wealthy Americans and well-off companies should pay more to fund new social benefits. Democrats had largely unified behind increasing taxes on those earning more than roughly $500,000 per year, while also raising the corporate tax rate paid by large firms.

That approach was consistent with Biden’s insistence that Americans earning under $400,000 per year be spared any new tax hikes, a pledge the administration considers necessary to protect the political popularity of any new taxes.

At the outset of negotiations, Biden had pitched a plan to tax fortunes when they are passed down to heirs, aiming to close a loophole that allows rich Americans to receive large inheritances tax-free. That plan collapsed, however, amid a revolt from Democrats in Iowa and Montana who warned it could hurt family farms [Seattle Times].

Trump administration wanted to send half of US army to Mexico border, Pentagon chief says