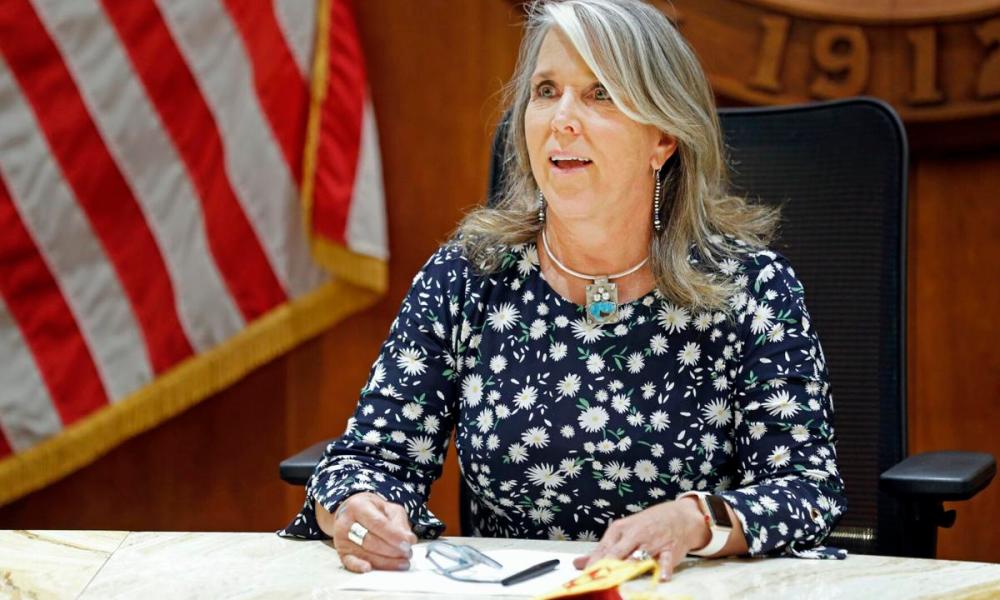 New Mexico’s Democrat governor will soon be headed to Scotland for the United Nations’ upcoming climate conference, where world leaders will talk about accelerating action toward the goals of the Paris Agreement to slow global warming.

Gov. Michelle Lujan Grisham’s office announced her travel plans Friday. She will be accompanied by several members of her cabinet during the first week of the conference. The governor said in a statement that it will be an honor to talk about New Mexico’s mandate for zero-emissions electricity by 2045 and pollution-reduction rules for the oil and gas industry. “But I know that we — as a state, as a nation, as a planet — must go further by pursuing bold, equitable and just climate solutions. I am looking forward to this significant opportunity for collaboration and action at the global level,” she said.

The trip’s expenses are being paid by the nonprofit organizations the Energy Foundation and the Climate Registry, said Lujan Grisham’s press aide, Nora Meyers Sackett. The cost was not disclosed. Lujan Grisham is facing competing pressures from environmental activists and the fossil fuel industry as she seeks reelection in 2022 in a state that is now the second leading oil producer in the United States.

New Mexico state and local governments — and public schools, in particular — rely heavily on income from oil and gas production. That dependence has grown since Lujan Grisham won election in 2018, according to the Legislature’s budget and accountability office.

Supreme Court declines to block Texas Heartbeat Act, will instead hear arguments on whether DOJ can sue the state