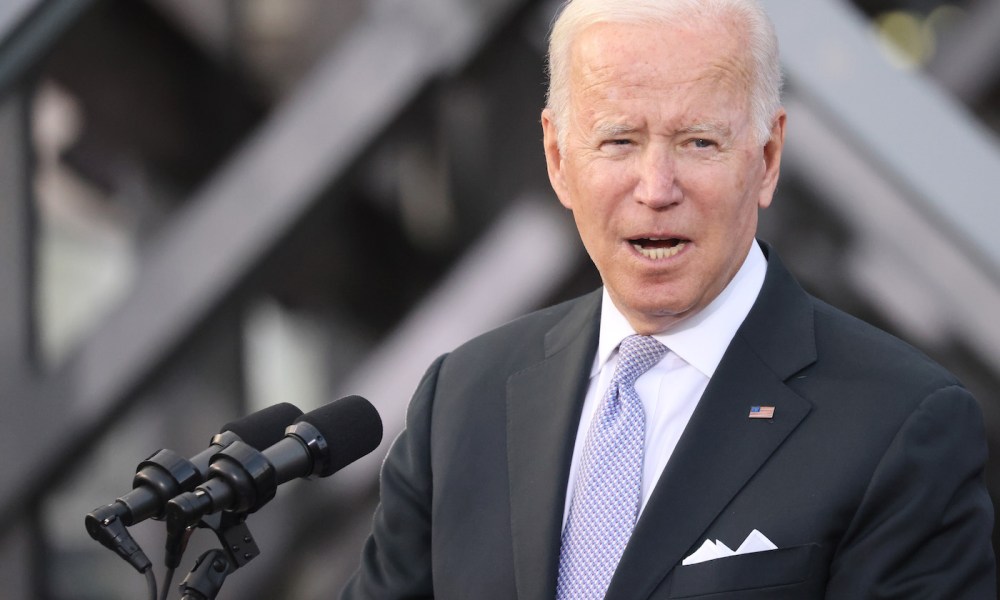 A spokesperson for the White House said on Monday that the Biden administration is “unfamiliar” with a popular chant sweeping many conservative circles: “Let’s go Brandon.” The chant started after a NASCAR race when a reporter seemingly misunderstood the crowds chants of “F— Joe Biden.”

As the Washington Post reports, “Administration officials sought to downplay the phenomenon, and at least one claimed to be unfamiliar with the “Let’s go Brandon” chant or its cruder cousin, though they are now chanted everywhere from football stadiums to concert arenas to local bars.” White House spokesman Andrew Bates told the Post, “I had never heard of that chant until you explained it to me.” He added, “I guess I’m not spending enough time on 8chan or whatever,” referring to an anonymous online message board known for online extremism.

President Biden himself, though, seemed to acknowledge the sentiment as the presidential motorcade in Pennsylvania traveled down a road lined with signs reading “F— Joe Biden.” During his speech in Scranton, Biden asserted his status as one of the most popular presidents as of late, “Notwithstanding some of the signs I saw coming in.”

Fans across college football games have been screaming “F— Joe Biden” since the start of the season, but the phrase got a revamp in early October. After Brandon Brown won a NASCAR race, attendees were yelling the explicit chant as Brown was being interviewed by sportscaster Kelli Stavast. Stavast mentioned during the interview that the crowd seemed to be cheering for Brown by saying, “Let’s go Brandon.” That moment went viral almost immediately, with many quickly taking up the new phrase from football fans to first responders to House members.

Two rap songs by the name of the chant both sprung to the top of iTunes charts, surpassing Adele’s new release. Bryson Gray, the artist behind the version occupying the number one spot on iTunes, alleging his song has been censored by YouTube and Instagram. “Why is the most censored rapper in the country someone that doesn’t even curse in songs?”

Gray told Fox News. “Why can you rap about murder, sex, and drugs but when I rap about questioning the government I get banned? Is this still America?” The movement does not appear to be slowing down as many have begun making signs and clothes displaying the phrase.