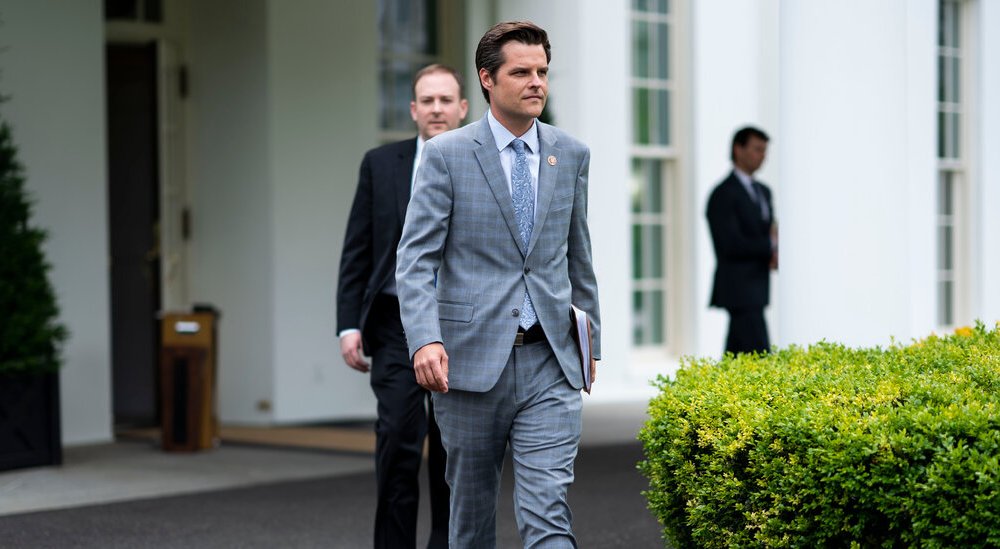 Toronto 99 reported that the threat was made after the Capital riot in January, according to the indictment. Fifty-eight year old Eugene Huelsman was arrested last week in Los Angeles for the threat. Only days before his arrest, Gaetz had commented on his fear that death threats against him were not being taken seriously.

“I think someone may be trying to kill me and if they are successful I would like my constituents and my family to know who stopped their arrest,” he said on the House floor. Huelsman’s indictment was issued by a grand jury in May, and Gaetz remarked that his comments must have played a role in prompting an arrest. He told Politico, “If they took our security seriously, they would arrest all of the people who violate federal law and the threats to kill us, not just some of them.”

Huelsman said in the phone call in question, “Tell [Matt Gaetz] to watch his back, tell him to watch his children.” The camera operator also commented that he would “put a bullet” in both the Congressman and his youngsters (Lilian News).

Huelsman has received several Emmy Award nominations for his work as a camera operator. He has also worked on multiple reality TV series, and has worked with comedian Conan O’Brien. Fox reported that he has worked with both ABC and CNN (New York Post).