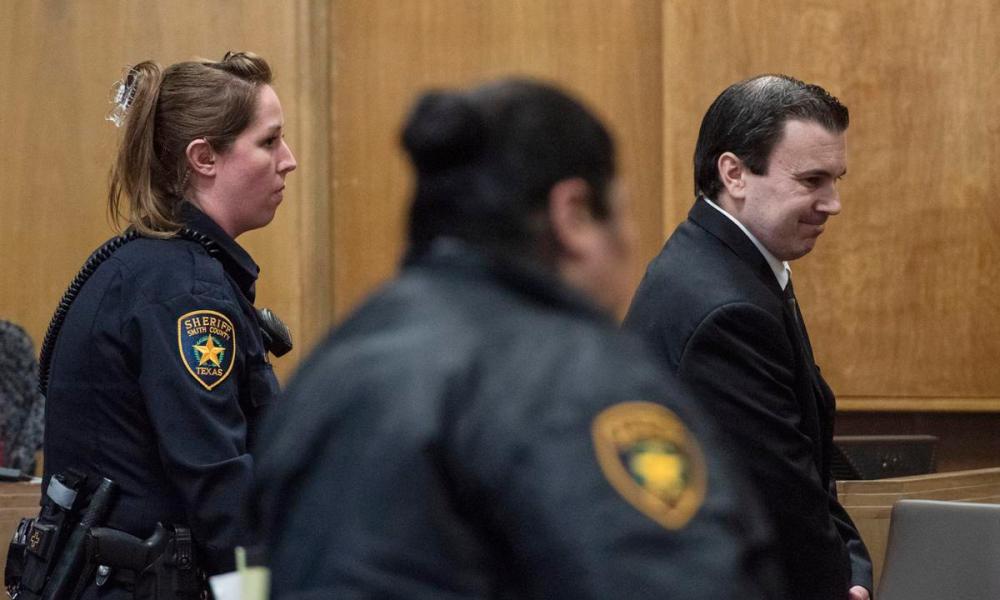 A former nurse was sentenced to death this week for injecting air into the arteries of four patients recovering from heart surgery, causing fatal brain damage, a court official said.

A jury in Tyler, Texas, handed up the sentence on Wednesday in the capital murder case of the former nurse, William Davis, eight days after convicting him. Prosecutors said during the trial’s sentencing phase that Davis, 37, had harmed at least 11 patients altogether by injecting air into their arterial lines or venous systems. Two of those other patients later died, according to prosecutors, but charges were not brought because the cases would have been harder to prove.

In making their case for the death penalty, prosecutors had played a recording of a jailhouse phone conversation in which Davis told his ex-wife that he wanted to prolong the I.C.U. stays of the patients so that he could accrue overtime. Their deaths, Davis said on the call, were accidental.

Jacob Putman, the district attorney for Smith County, rejected that explanation during a news conference on Wednesday. “Even if that were true and that he somehow was trying to prolong their illness, for someone to do that — kill their patient and then try again,” he said, “you have to be the kind of person who has no empathy, who does not care for another person, who is unconcerned with their well being, who feels no guilt.”

Doctors were at a loss to explain what could have gone wrong until, the authorities said, they saw CT scans that showed air in the patients’ brains. During the trial, prosecutors played security camera footage showing Mr. Davis entering the room of one of the patients. Three minutes later, the patient’s heart monitor alarm sounded. He later died.

“There’s no way this could be accidental,” Mr. Putman said at the news conference. “The evidence is overwhelming. The only conclusion you can come to is someone who would do something like this would have to be cold and callous and unfeeling. He has no love for anyone but himself. What he’s done to these families didn’t faze him at all” [New York Times].