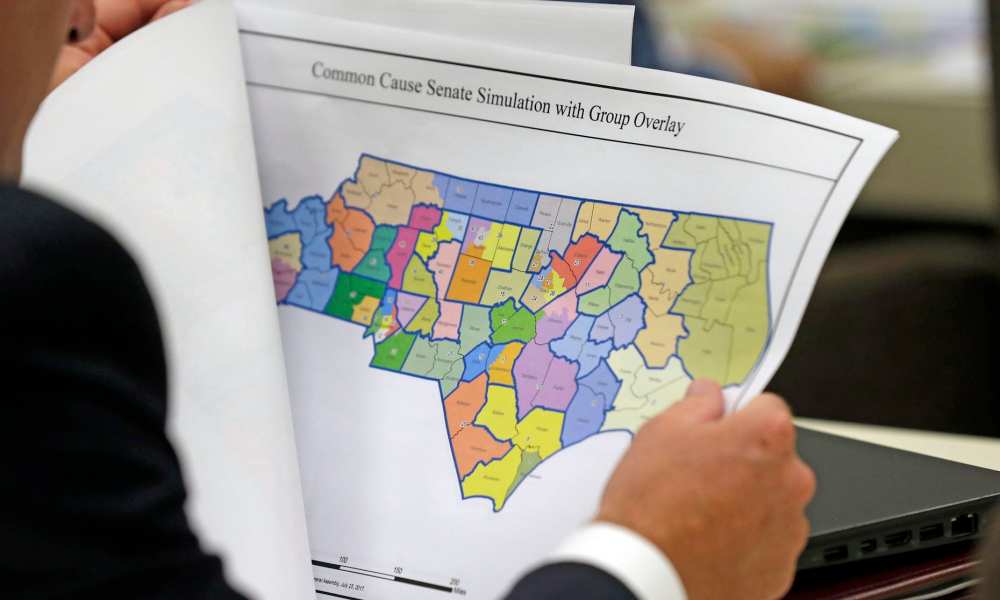 Three lawsuits have been filed by Democrat-aligned voter rights groups regarding the new redistricting maps in Ohio. They allege that the new maps violate an anti-gerrymandering amendment passed in 2015.

New documents that have been filed in the past few days show that there was a lack of transparency involved in the drawing of the districts. The 2020 Census numbers resulted in the state losing a House seat.

Ohio’s Secretary of State, Frank LaRose, is on the committee tasked by the state with creating and approving new district maps. He went out for a jog in downtown Columbus one day, which is when he happened to see Republican legislative staff walking out of the BWC building. Since those staff members were tasked with drawing the new maps, he assumed that they had been drawing the maps upstairs. State auditor, Keith Faber, told the lawyers of the plaintiffs that, “The only thing I know is Secretary LaRose was out for a jog, and he thought he saw them all come out of the BWC building. So he presumed they were drawing maps at the BWC building.”

The plaintiffs submitted hundreds of pages of documents to the Ohio Supreme Court on Friday. The documents included deposition transcripts, emails, invoices, text messages and other evidence obtained through the legal discovery process. The evidence showed that all of the Republicans on the committee swore they had nothing to do with the creation of the map. However, two of the members, Bob Cupp and Matthew Huffman, and their legislative staff, kept the maps closely guarded.

The rules created in 2015 require mapmakers to distinguish districts as Democrat or Republican based on how voters in that district had voted in the previous 10 years of state-wide elections. Cupp and Huffman felt that the rule wasn’t legally mandated.

The map that was approved gave Republicans 65% of legislative seats. This was above the 60% supermajority, which would prevent vetoes and higher than the 54% share of the vote that went to Republicans in the last ten years. Maps that are bipartisan last ten years, as opposed to the partisan maps, which last four.

The redistricting commission is made up of Gov. Mike DeWine, Secretary of State Frank LaRose, State Auditor Keith Faber, Speaker of the House Bob Cupp and President of the Senate Matt Huffman, who are all Republicans. The Democrats on the committee are House Minority Leader Emilia Sykes and State Senator Vernon Sykes, who is Emilia Sykes’ father. The new map passed last month in a 5-2 vote, with both Sykes voting against.