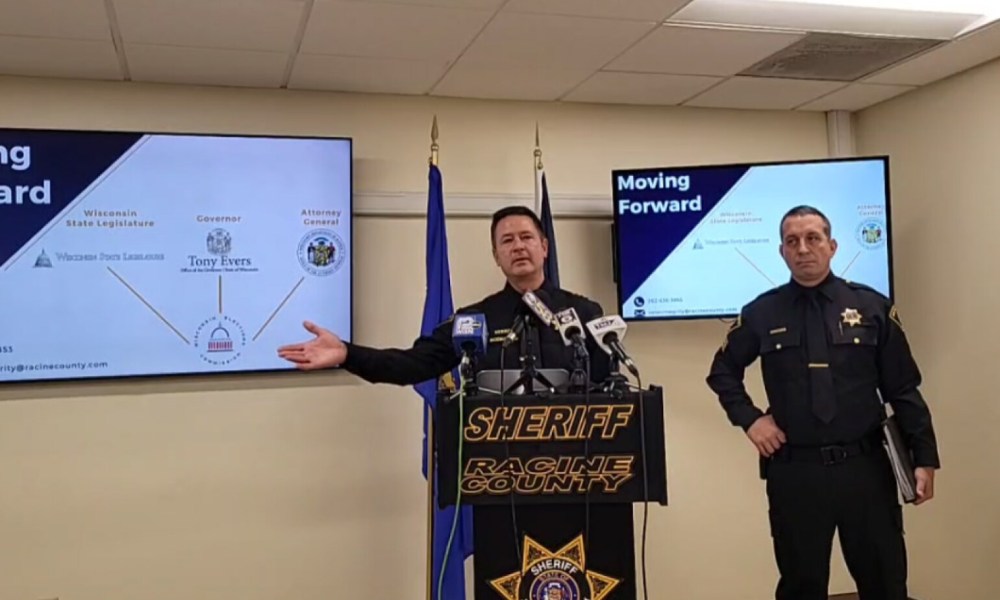 A Wisconsin Sheriff alleged that the Wisconsin Elections Commission committed election fraud during the 2020 presidential election.

On Thursday, the Racine County Sheriff’s Office held a press conference, where the Sheriff claimed the WEC had not followed all the election rules. He called on the Wisconsin Attorney General to take action by launching an investigation. The WEC held an emergency meeting after the sheriff came forward with the claims.

On Thursday, the sheriff said the law had been broken within a nursing home. For example, one resident who cast an absentee ballot had died on October 9, 2020, just under a month before the election took place. In addition, 42 other residents in the home voted in the election, which was a surge from previous years.

Families of the residents were informed of the vote, and eight said their relatives did not have the mental capacity to vote. This was only one nursing home, and Sheriff Christopher Schmaling believes it occurred in other nursing homes, which he hopes will be investigated by the attorney general.

After the press conference, five of the six commissioners signed a statement claiming that no laws had been broken. Immediately afterwards, they stepped into a closed-door meeting. In the statement, the commissioners said that they had changed the election procedure last year to help more nursing home residents vote. Since special voting deputies were not essential workers and only essential workers were allowed into nursing homes, they allowed nursing home staff to assist residents fill out their ballots.

Commissioner Chair Ann Jacobs claimed, “To put it simply, we did not break the law,” she said. “In fact, without action from the Commission, many residents in Wisconsin care facilities could have and would have been disenfranchised and not able to vote in the 2020 elections.”

Schmaling said that they have been investigating the case for almost an entire year. Families of the residents were concerned that their relatives had ballots submitted by the nursing staff without consent. “The elections statute was in fact, not just broken, but shattered by members of the [WEC],” Schmaling said during the press conference.