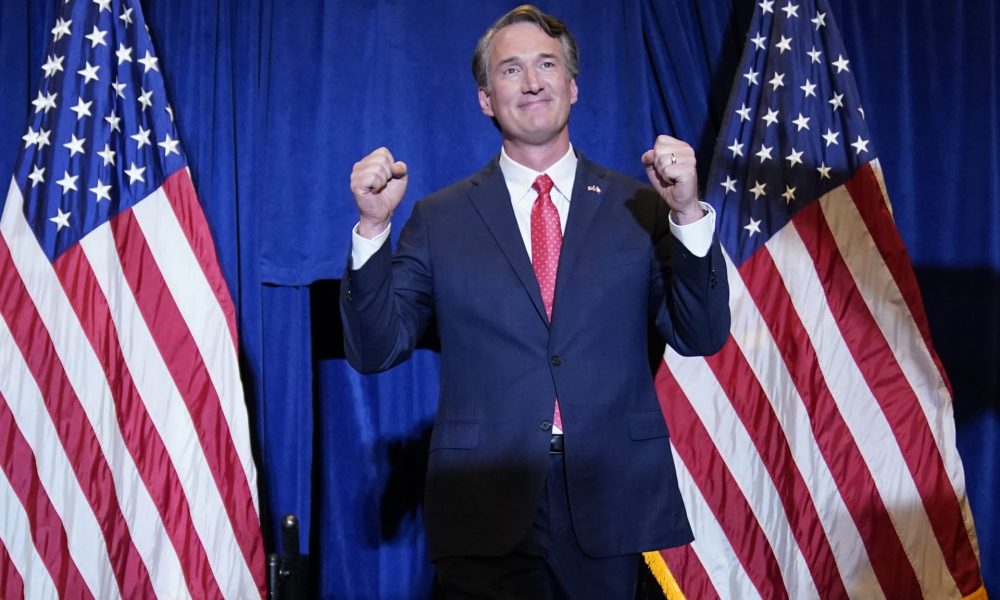 In Virginia’s gubernatorial election on Tuesday, Republican Glenn Youngkin defeated Democrat and former VA Governor Terry McAullife for the seat; no statewide election has favored the Republican Party since 2009.

As Republicans Winsome Sears and Jason Miyares grabbed the lieutenant governor and attorney general offices, some consider the results in the state a bellwether for the upcoming 2022 midterms.

McAuliffe conceded his defeat Wednesday morning and congratulated Youngkin on his victory. “While last night we came up short, I am proud that we spent this campaign fighting for the values we so deeply believe in,” he said.

Youngkin staked his campaign on uniting the factions of the Republican Party, and as a former private equity executive, his message focused on the economy and education. The results of the race seem to indicate that Youngkin was both able to retain the support of the Trump base while appealing to many Biden voters. Virginia always elects a new governor the year following a presidential election, and the seat has historically gone to the party out of power in the White House.

Many are also using the result as an indicator of potential Republican success in the midterms. John Ashbrook, a Republican strategist who works on Senate races, commented, “Youngkin’s victory in Virginia should serve as a wake-up call to Democrats everywhere that an epic wave is on the way.” He added, “Voters are clearly dissatisfied with the direction our country is headed and they’re prepared to exercise their right to change it.”

Republicans also flipped the offices of lieutenant governor and attorney general with the election of Winsome Sears, the state’s first black female to hold the position, and Jason Miyares. The Virginia House of Delegates also swung in favor of the Republican Party.

What caused the Red Wave? - Conservative News and Views

[…] the Democrat candidate Terry McAuliffe who was seeking a second term after missing a term. He was beaten by two points by Glenn Youngkin who has never held political […]