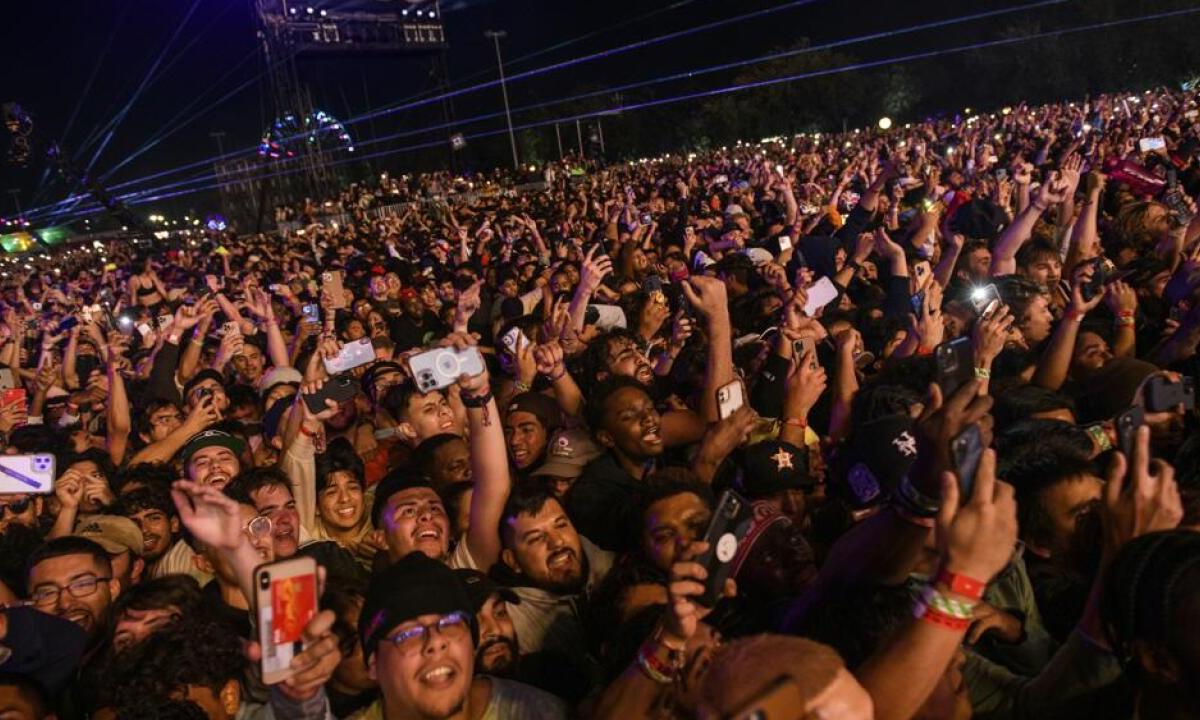 A crowd surge on Friday night during a music festival in Houston, Texas left eight dead and hundreds needing treatment at an on-site hospital. Two of the eight victims were teenagers, and one 10-year-old among the injured remains in critical condition.

The chaos unfolded around 9:15 p.m. local time at rapper Travis Scott’s sold-out Astroworld music festival when “the crowd began to compress toward the front of the stage,” said Fire Chief Samuel Peña at a news conference early on Saturday. “That caused some panic, and it started causing some injuries. People began to fall out, become unconscious, and it created additional panic,” he added, saying a cause of death had not yet been determined for those who lost their lives.

Among those who passed, Houston Mayor Sylvester Turner said that one of the victims was 14, one was 16, two were 21, two were 23, one was 27, and the age of one was unknown. Around 50,000 were in attendance at the festival at NRG Park, which was supposed to be a two-day event before Saturday’s lineup was canceled.

One 16-year old attendee said the crowd began to push back and forth during a countdown at around 8:30 p.m. “I couldn’t even stand or breathe or anything, and I’m 6 feet tall and I was having to look up to the sky just to breathe before the show even started,” he recalled.

“As the countdown was going to zero, it didn’t make it through one full song before people just started collapsing and falling back.” The teen said he was stuck in a pile for 15 minutes, thinking he was going to die. Eventually, he was able to slip out of the crowd and get to safety, but he heard others on the ground screaming, ‘Help. I don’t want to die.’”

Troy Finner, Houston Police Chief, said on Saturday that a “narrative” circulating is that someone at the festival was injecting people with drugs. “We do have a report of a security officer … that he was reaching over to restrain or grab a citizen and he felt a prick in his neck,” he said.

The security officer fell unconscious and was revived after receiving Narcan. Peña said Narcan had to be administered in “several instances.” Scott tweeted his condolences following the event saying, “My prayers go out to the families and all those impacted by what happened at Astroworld Festival.” He offered his support and thanks to the Houston Police Department, Fire Department, and NRG Park for their quick response.