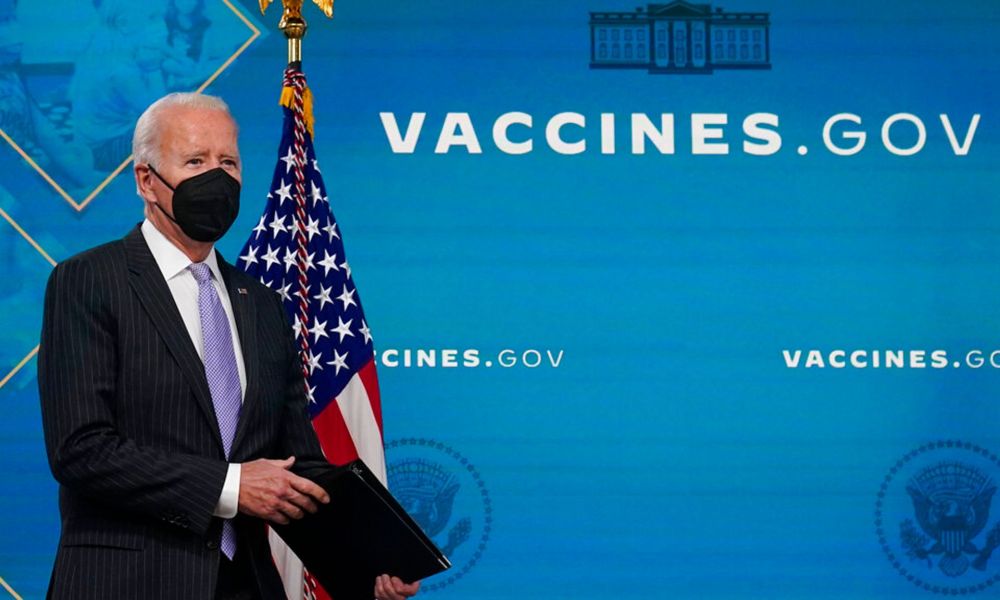 The Biden administration announced earlier this week that its new COVID-19 vaccine mandate will take effect January 4. A federal appeals court, however, temporarily blocked the measure in favor of Republican-led states and private businesses.

A three-judge panel on the Fifth Circuit Court of Appeals gave a brief order on Saturday saying the petitioners in the case “give cause to believe there are grave statutory and constitutional issues with the Mandate.”

The new vaccine guidance, including weekly testing for those unvaccinated, could apply to private employers with 100 or more employees, certain healthcare workers, and federal contractors. Although the court did not specify whether the order will have nationwide effect or apply only to the states under its jurisdiction, the court has told the government to respond by 5 p.m. on Monday.

Solicitor of Labor Seema Nanda said she believes the Labor Department is “confident in its legal authority” to impose the vaccine rules, which would be enforced by the Occupational Safety and Health Administration (OSHA).

“The Occupational Safety and Health Act explicitly gives OSHA the authority to act quickly in an emergency where the agency finds that workers are subjected to a grave danger and a new standard is necessary to protect them,” she said in a statement. “We are fully prepared to defend this standard in court.”

The updated rules, which were released last Thursday, require employees to have received the necessary shots to be fully vaccinated; while the OSHA guidance does allow employees to remain unvaccinated, they must provide a verified negative test to their employer at least once per week and must remain masked in the workplace.

Anthony Coley, a spokesperson for the Justice Department, commented in response to the order: “The OSHA emergency temporary standard is a critical tool to keep America’s workplace safe as we fight our way out of this pandemic.” He continued, “The Justice Department will vigorously defend this rule in court.”

Sean Marotta, a lawyer at Hogan Lovells, said he was surprised by the court’s act to block the mandate because it does not require employers or employees to make a change for several months. He also noted that another court “may end up hearing the cases filed in the Fifth Circuit and lifting the Fifth Circuit’s stay.”