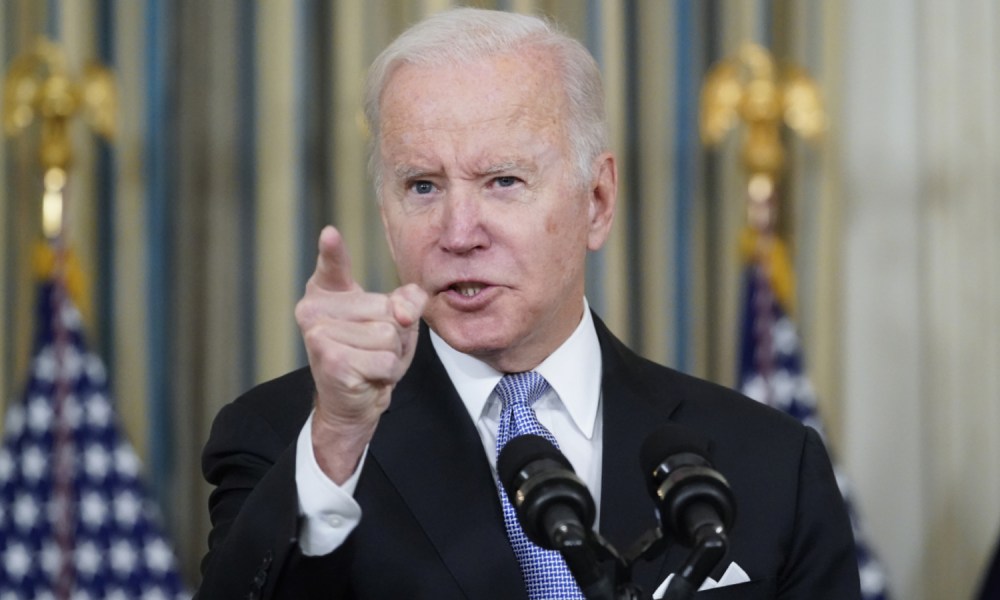 On Saturday, President Joe Biden endorsed the idea of immigrant families separated at the border being compensated by the U.S. government.

“Now here’s the thing. If in fact because of the outrageous behavior of the last administration, you coming across the border, whether it was legal or illegal, and you lost your child,” Biden said as he raised a finger and his voice, “You lost your child. It’s gone. You deserve some kind of compensation, no matter what the circumstance. What that will be, I have no idea.”

His comments came during a press conference on the passage of a $1.2 trillion infrastructure bill. Earlier in the week, reports surfaced that indicated his administration was preparing to pay up to $450,000 per individual to separated families; when questioned about his remarks, Biden said it was “not gonna happen.”

The Trump administration announced the “zero tolerance” policy in 2018 which led the Justice Department to initiate criminal prosecutions of every adult illegally crossing the border.

The policy resulted in several thousands of families being separated, including those with children, as children cannot be kept in federal jail with their parents. Eventually, the policy was ended, but it is unclear how many people would be eligible for payments under the Biden administration’s initiative.

The White House also indicated on Thursday that the government would be willing to settle with those families out of court.

“If it saves taxpayer dollars and puts the disastrous history of the previous administration’s use of zero tolerance and family separation behind us, the president is perfectly comfortable with the Department of Justice settling with the individuals and families who are currently in litigation with the United States government,” said Karine Jean-Pierre, White House principal deputy press secretary. The Biden administration has been criticized by GOP lawmakers over the potential payments.