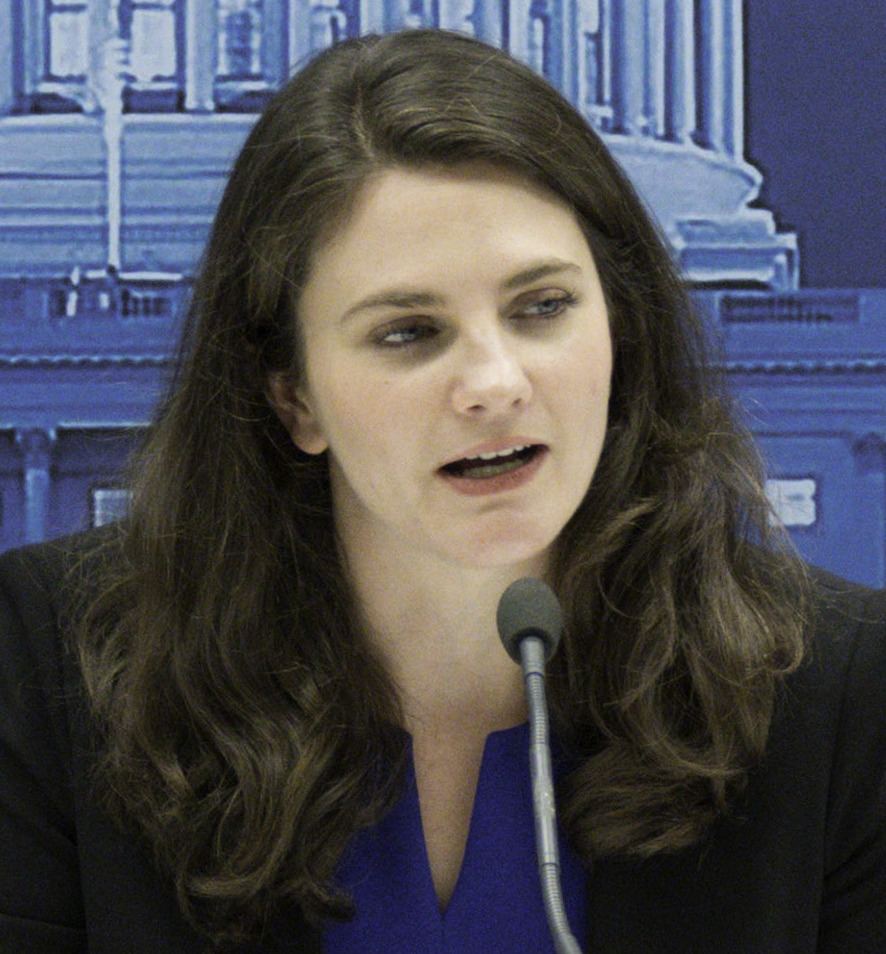 Hello this is Darrell Castle with today’s Castle Report. This is Friday the 6th day of May in the year of our Lord 2022. I will be talking about the truth and the extraordinary efforts the Biden Administration is taking to keep us from finding it. Specifically, I will address the government’s new Disinformation Governance Board formed under the Department of Homeland Security to ferret out all the disinformation and misinformation floating around and restrict us simpletons to the truth as the Federal Government defines it.

When George W. Bush consolidated several government agencies under the title of Homeland Security, I knew it was a frightening idea. The name just sounds scary, like it belongs in the history of despotic regimes with a title like Gestapo, or at least not in America. My fears about that agency have proven to be correct as mission creep has expanded it from one mission to the next. The primary mission of Homeland Security is to secure the homeland, but that is the one thing it refuses to do.

Securing the homeland starts with securing the border, but this administration refuses to perform even that simple task. The border no longer exists under the current Department of Homeland Security which repeatedly sends its head, Alejandro Mayorkas, before congress to give lip service to the Administration’s lies about the border. Now, Secretary Mayorkas has a new task and that is finding and eliminating disinformation or misinformation from our minds.

The new Office of Truth

The Federal Government which seems to have a hard time telling the truth about anything has appointed itself the Ministry of Truth, the determiner of truth, and the decider of what we the people are able to see, hear, and say. I suppose it is almost fair to say that the federal government seeks to replace God in American lives. Have faith they tell us because we know what truth is. The secretary testified that the new board has been created “to combat misinformation ahead of the 2022 midterms”. It is to be focused specifically on irregular migration and Russia, and even more specifically to minority groups especially Hispanic or Latinx as the left likes to call them.

That announced focus tells me that the Democrats are concerned that they are losing some of their support among their most loyal base. Minorities have phones and they are apparently coming across the truth from time to time about irregular migration, better known as illegal immigration, and of course Russia, stolen elections, bioweapons labs, laptops from hell, etc.

If you define those on the bottom rung of society of all races as a minority, those people may be starting to wise up about what is happening and that is probably frightening to those who own their votes. They are constantly told that the Democrats are their Party, and they will be taken care of in their rightful place at the bottom. Minimum wages will be periodically raised, and stimulus money will come their way. The truth, however, is somewhat different and perhaps the bottom minority is starting to see it. Rest comfortably at the bottom they say because we feel your pain.

One cannot rest comfortably on the bottom anymore even in the caring hands of the government because the bottom is constantly moving. The powers that be are bringing in more and more to the bottom so that its numbers are constantly expanding downward. Now those at the bottom must compete with the bottom of every country in the world and that is plain for anyone to see. That fact must be labeled disinformation and a giant new government board must be formed to keep us from seeing, hearing, or talking about that fact.

Power is the goal

Those at the bottom become more powerless with each passing day. Advances in technology render their jobs obsolete if they are fortunate enough to have jobs, and the jobs that are left are done by hard working, enterprising, irregular migrants. The migrants are not yet allowed to vote, at least in most states, so those at the bottom still have one useful purpose and that is votes to keep them at the bottom. Technology is a two-way street as the left is finding out. President Obama reportedly used it to perfection to connect with his supporters and get out the vote, but it also allows access to knowledge for anyone who is interested. If one is not interested, then husband, wife, or friend is, and that information cannot be allowed to escape from those who hold power.

If we had that information we might conclude that Hunter’s laptop was genuine, and was left at a repair shop in Delaware, and did contain information about bioweapons labs in Ukraine, and did contain emails about the president’s knowledge of and involvement in business deals with Communist China, Ukraine, and others. Hiding all this in plain sight is part of the mission creep of the board which is built into any government agency. Today its irregular migration and Russia, but tomorrow its anything the government considers problematic.

Behold the head of the Office of Truth

To head its new Ministry of Truth the government found a woman named Nina Jankowicz.

I suppose we could refer to her as the Czarina of misinformation. She refers to herself as “the Mary Poppins of disinformation.” No, I’m not kidding, but I wish I were. She announced her appointment to head the Disinformation Governance Board with a rap song on Tik Tok to the tune of the song form Mary Poppins called supercalifragilisticexpialidocious. Tucker Carlson put her version of the song on his show and if you have not seen it, I encourage you to do so. I couldn’t decide between horrifying fear and hilarious laughter when I saw it, but in any event she disgraced herself.

My first impression was even Democrats could not head a government board with such a light weight. But when I looked at her background, I found that she indeed is an expert on disinformation and misinformation having created more of it than anyone else Secretary Mayorkas could find. Her title will be Executive Director of the board, and she has a background for the Ministry of Lies and disinformation that is second to none. While on a Fulbright grant, she once served as the geopolitical interface between Russia and Europe, which gave her experience with Ukraine’s own Ministry of Truth. I’m not kidding, I know it sounds like it, but that is the truth not misinformation. She is currently an adjunct professor at Syracuse University.

Her history of problems with the truth

She actually advised the Ukrainian government, perhaps the most corrupt in Europe on misinformation. One might think that the executive director of such a board would have a reputation for truth above all else and vast experience in spotting lies, but perhaps other qualities are valued more than truth to this board. When the New York Post broke the story of Hunter’s laptop, Jankowicz led the effort to dismiss the story as disinformation and Russian propaganda.

She repeated the false claim, created apparently by the CIA, that 50 intelligence officers had branded it Russian disinformation. When the emails on the laptop turned out to be real, she decided it was part of an influence campaign, and once again labeled it a fairy tale. Even now, she continues to claim it as Kremlin disinformation. So, what is she, just gullible, dishonest, blindly, blatantly partisan or all those mixed together. In any case, she doesn’t appear to believe in freedom of expression as the right of all Americans and neither does the Biden Administration.

I shudder to think about if free speech absolutists were taking over more platforms what that would look like for the marginalized communities.

The marginalized is what this is about isn’t it, I mean making more of them and blocking the truth from them. Using a master of misinformation to stop the spread of truth to minority communities makes a lot of sense to this administration. I wonder if those in minority communities ever grow tired of being patronized and treated like children.

It seems to me that this aspiring dictatorship is growing desperate and dangerous and perhaps now would be a good time for we the people to draw the line. The administration seems paranoid about securing the narrative that we are all supposed to accept and live by. Never mind the evidence just get the shot like you are told and expected to do. When I say paranoid, I ask myself how much power and control is enough for mentally well-balanced people. They already have complete control over the corporate news media, but apparently, they are still nervous that truth might somehow escape.

They already have the media

When you already have the Trusted News Initiative (TNI) and you still can’t control the minds of enough people and when all your propaganda efforts have left a few brains unwashed, then your next step is obvious. Set up a powerful Disinformation Governance Board whose real purpose is to spread disinformation and suppress the truth. The TNI, by the way, was founded in 2019 and it includes just about every communications company you’ve ever heard of. It also includes all the companies owned by those companies which means just about all of them.

The daily newspaper in your hometown that you look at each morning for the late scores, PBS, CNN, Fox, The New York Times, The Washington Post, CBS, NBC, and the Weather Channel all have only a combined six owners. Time Warner, Viacom. CBS, Disney, National Amusements, and News Corporation own all you see, hear, and read. That’s not enough for the Biden Administration because certain locked in dependable Democrat voters are starting to get restless after the truth managed somehow to escape its chains and reach them. Now, the truth must be found and herded back into the corral so that no one might be exposed to it without having been vaccinated against it.

Am I being too hard on this Board? Could I be unfairly critical of the idea or even alarmist about it? The Board has been created with no real power to enforce because once it finds misinformation it must go through another agency for enforcement, and we are supposed to believe that it will not monitor U.S. citizens, but no I am not alarmist or too critical because that is not the point. The point is that this administration took an oath to protect and defend the Constitution and instead they trample it underfoot. This Board, this entire shut up because only we know the truth idea, is fundamentally opposed to the Constitution’s protection of individual freedom and unalienable rights.

Finally, folks, this can’t be allowed to happen. Are there no members of Congress and Senate who see that it can’t happen? Well, yes, some of them have tough elections coming up and two bills have been introduced to defund the Board in the House. In the Senate some Senators such as Paul and Kennedy have grilled Secretary Mayorkas in hearings. If this idea does stand, will it be the end of America as we know it? No, only the end of the Founders’ idea.

From castlereport.us, appearing here by permission.

Unscriptural Heresy: The Rapture is Created as an Exit Strategy for Those Who Have Refused to Obey the Lord (Video)