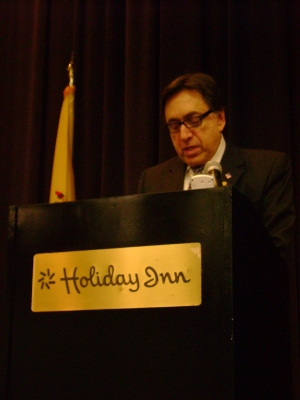 James Madison, considered the Father of the United States Constitution, succinctly stated, “Generally, I oppose term limits.” He believed that through the natural course of elections, the ineffective would be defeated, while others would simply tire of serving and not stand for reelection. In that same vein, he foresaw situations where a representative would exceed expectations and become a source of information and leadership for less experienced members.

Thomas Jefferson, however, offered an alternative view on the subject. Jefferson felt that the Constitution needed safeguards “to prevent every danger which might arise to American freedom by continuing too long in office.” Jefferson envisioned individuals amassing power through length of service. Power, which Jefferson believed would lead to a self-serving and corrupt government.

For about the first 150 years of our country, Madison was correct. The great majority of Congressmen and Senators served for one or two terms and then returned home to their families and earlier careers. But let’s face it, the transportation systems did not allow for many returns home and the work was not too exciting.

During the first half of the 20th century, the country changed dramatically. America saw the dawning of an industrial age, new and faster transportation systems, and international war and diplomacy. Then came Prohibition, the Federal Income Tax, and the Great Depression. These were exciting times and Congress felt a sense of increased importance. At the same time, Franklin D. Roosevelt used the Great Depression to expand the federal government and reach further into people’s lives. As the Federal Government provided more entitlements and services, Congress saw political advantages to “delivering the goods.” The expansion of government and the growing dependent populations were political gold. The old colloquialism of “bringing home the bacon” was no longer enough. Now they were bringing home “pork by the barrel.” Today, the euphemism is “earmarks.”

Votes were not the only currency in the pork barrel game. Recipients of the federal programs found it financially beneficial to direct campaign contributions to specific members of the House and Senate. In turn, they also found it necessary to keep those members in office as long as possible. Very simply put, this is how our government got to where it is today, and proved Jefferson right.

Despite almost historic turnover in 2010, not much has really changed in Washington. While the GOP took over the House, the leadership of both parties remained intact. The Senate committees remained basically unchanged. The bottom line is that the same people are still making the decisions. Harry Reid and Nancy Pelosi have been in office since the 1980’s. Recently censured Charlie Rangel is approaching 40 years in office! This has to change.

What we have in Washington is a class of political élite who are mostly, for all intents and purposes, full-time Washington residents. Congress rarely sees beyond the Beltway and has no knowledge of how the rest of the country lives or works. More disturbing is the attitude that they know what we need better than we do.

The situation has really gotten out of hand. The power of the incumbency through earmarks, press access and campaign fundraising make it extremely difficult to unseat a sitting member of Congress. Unfortunately, the only way to level the playing field is through term limits.

Incumbents will claim that the issues are so complex that it takes years to understand them. They say that staff will run everything and government will be out of control. Well, it already is out of control!

The National Term Limits Coalition is calling for a Constitutional amendment to limit the number of term for Senators and House members. Generally, our proposal calls for a maximum of six (6) terms for the House and two (2) terms for the Senate. In addition, the amendment would permit a maximum of 12 years of service, total.

Of course the natural question is, how can we do this since Congress will never vote to limit themselves! Simple, we don’t ask Congress to vote.

An amendment may be ratified in three ways:

We will focus on #2. The second method raises a red-herring fear of a runaway constitutional convention that would be open to bringing up radical ideas. Well, that’s not going to happen â in fact, it can’t happen because:

As for the state conventions, the US Supreme Court has ruled that state legislatures may serve as “conventions.”

The National Term Limits Coalition has teamed up with Smart Girl Politics for the Term Limits Initiative. The goal is to have the legislatures in at least 34 states pass resolutions applying to Congress for a Constitutional Convention on the proposed Term Limits amendment by December 31, 2011.

Once Congress sends the amendment to the states for consideration, 38 states must approve it for it to be ratified. As you can see, the power is not in Washington, DC. The power is in the states and their people!

For more information, if you want to volunteer or donate to the cause, please visit The National Term Limits Coalition.

It’s time to take back our country!

Richard J. LaRossa was formerly the State Senator from the 15th New Jersey Legislative District from 1994 through 2000.

What Is a Constitutional Candidate?

[…] Sen*ate Con*ser*v*a*tives Fund Cal Thomas U.S. Term Limits Tea Party Connections WALLBUILDERS Term limits: a brief perspective – Conservative News and Views You know these are conservative values/stances. You're just being obtuse. Anyone who has a memory […]