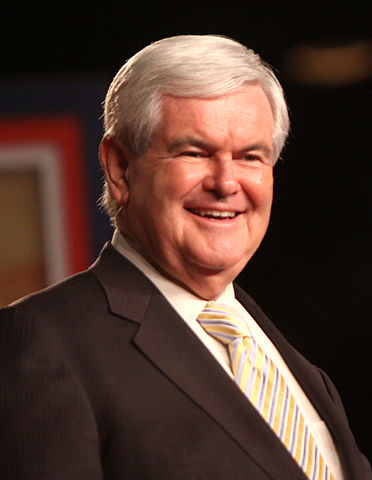 The South Carolina GOP Debate on January 16 might have changed the game. As a result, Mitt Romney might not be as secure as he thinks.

As before, this goes to the candidate who can “shovel it on” with the greatest eloquence. Winner in the South Carolina GOP Debate: None. Mitt Romney was off his game, and it showed. Anyone could see (and the Fox News Twitter feed said positively) that Mitt Romney dodged most of the questions that the moderators, and his rivals, put to him. He did not answer them with his usual eloquence. Any of the others (except maybe for Rick Santorum) might have earned a Shovel, except for one thing: nobody except Mitt was “shoveling it on.” All these men told the unvarnished truth. That included Ron Paul, who gamely stood for “unilateral peace” when his audience was having none of it.

This goes to the candidate who can catch it with the greatest dexterity. Winner: Ron Paul. In last night’s GOP debate, he did what Mitt Romney did not. He answered honestly, deflected the attacks on where he stands on various issues, and reflected the attack on the other person. So when Gerald T. Seib of The Wall Street Journal asked Paul why he proposed to cut so much from the defense budget, Paul said,

And when Juan Williams, one of the token liberals at Fox News, asked Ron Paul why blacks seem to get arrested and thrown in prison more than whites do, Dr. Paul:

Mitt Romney was the target of every other candidate. In fact, “open season” is the best way that CNAV can describe it. And he did not handle himself well. By all appearances, and accounts, he let his rivals, and the moderators, rattle him. This was true, whether the moderators were asking him about his income-tax return or about whether he went hunting for sport.

Winner: Juan Williams. He accused Newt Gingrich of being recklessly racist and insulting when he, Gingrich, suggested that young people should demand “jobs, not food stamps” and could earn extra money as school janitors. Newt Gingrich took Williams to “school” at once. But Williams wouldn’t let it alone. Like a glutton for punishment, he pressed the point. The crowd cried “BOO!” Newt drove the point home after that, and won a standing ovation. 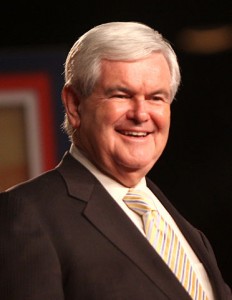 Newt Gingrich won the GOP Debate, hands down. He showed why so many Republicans would pay to watch a debate between Gingrich and Barack H. Obama. Obama would try to dismiss Gingrich with his usual arrogant appeals to “the public good,” “the good of the less fortunate,” and so on. Gingrich would answer on point, citing relevant facts from history, which he has taught at college level. At the Myrtle Beach GOP Debate, Newt Gingrich did this repeatedly. Whether he was answering Juan Williams’ canards that he had somehow “insulted” young unemployed students, or Ron Paul’s “golden rule” of foreign policy (more on that below), Gingrich answered forcefully. By turns he provoked raucous laughter, loud cheers, and finally, as mentioned, a standing ovation.

Gingrich also repaired a serious flaw in his strategy. He stopped attacking Mitt Romney over his Bain Capital history. He reserved most of his fire for Barack H. Obama, the man now holding office as President. Sadly, his “super-PAC” has already done its damage. But Gingrich at least publicly admonished that super-PAC to edit its twenty-seven-minute video to remove things that are clearly false and misleading. (Mitt Romney would not do likewise.)

Rick Perry did his best job to date. Sadly, it is too little, too late. He also made a bad mistake: he said that Turkey was in the hands of Islamic terrorists. True enough, Turkey now has an Islamic fundamentalist government. But it is not (yet) as internationally lawless as Iran has been.

Rick Santorum had a chance to capitalize on the endorsement he got from the conclave of evangelical leaders. He wasted it. He spent most of his time attacking Ron Paul, and rising to Ron Paul’s bait about a bill to let felony ex-convicts apply to get their voting rights back.

Mitt Romney, as mentioned, let the moderators, and his rivals, rattle him. He tried several times to answer criticism on one point with other points in his own favor. Fox Moderator Bret Baier once lost patience with Romney and demanded that he answer the question that Baier had asked. Every observer of consequence accused Romney of dodging the questions, to some extent, on every issue. The one time he did answer honestly, he gave the wrong answer: that he would have signed the National Defense Authorization Act of 2012, though it lets the US military detain indefinitely any person, even a citizen of the United States, whom they merely suspect is a member of Al-Qa’ida, the Taliban, or “an associated force.”

And on another important point, Romney will still be vulnerable if the Republican Convention nominates him. New Jersey activist Nick Purpura suggested a grim scenario to CNAV. That twenty-seven-minute video, says Purpura, will probably land in your mailbox on a Video CD, courtesy of a dummy company. The Obama campaign will start it up, order it to produce and distribute fifty million copies (entirely against copyright law), and under-capitalize it so that it will go bankrupt when the copy-vio lawsuits pour in. That video will not impress Republican voters. But it will impress Democratic voters.

Ron Paul showed why so many conservatives want to support him. He renewed his call for gold-standard banking. He electrified his listeners by telling him that his ideal income-tax rate was zero. He also said that he would “zero out” the “inflation tax,” an obvious reference to hard-money banking, which alone can stop inflation. (Ron Paul did not mention full-reserve banking. Some have advocated this to avoid a repeat of the 2008 banking crisis. Then again, no candidate, from any party, has called for full-reserve banking.)

But he showed once again why he exasperates so many conservative observers. His Achilles’ heel has always been enemy identification, and his refusal to recognize any such category as “enemy of the United States” or “enemy of civilization.” Once he said that United States foreign policy should follow the Golden Rule:

Do unto others as you would have others do unto you.

Other commentators reacted to the GOP Debate all day long. Byron York, at Campaign2012, pointed out that Mitt Romney might not have as much momentum as he thought: the Iowa Republican Party might certify that Rick Santorum, not Mitt Romney, won in Iowa.

User “Publius” at BigGovernment.com summarized several other reactions here. Most of these commentators agree with CNAV and its sources.

He was always one good debate performance away from getting back in this race and boy he had it tonight!

Andrew G. Martin, the Conservative Examiner, wondered whether Gingrich might turn his GOP Debate performance into a surprise win in the South Carolina primary. One thing that might help Gingrich: another debate will take place on Thursday evening in Charleston. This will give him another opportunity to draw voters away from Mitt Romney and Rick Santorum.

There should be two more candidates drop out after the last debate.
Rick Perry has without a doubt some good ideas but has proven he does not work under pressure, if the debates are going to trip him up as bad as they have what will he do under real pressure under a national emergency for example? What will he forget of missdirect then.
Mit Romey is nothing more than another Obama in a rented conservative outfit due back right after the election. He talks the talk but his actions and record don’t reflect the retoric and that is dangerous. After all are we not trying to replace a smooth talker? Mit’s past support for social programs and anti Second Amendment stands are the last thing we need wasting oxegen in the oval office, we have that now.
Newt has the experience and the drive to make needed changes after all he was responsible for forcing the Clinton administration into trying to balance the budget, we would not have had a budget surplus without his efforts.
Ron Paul is a man with more conviction than most groups of people combined. His stands have been taken out of context and used against him but for the most part are right on. The thing that sets Ron Paul above the rest of the field is he has lived his convictions and nothing is whitewash for a presidential bid. He would bring this country back to the Constitutional foundations we were blessed with but have strayed so far away from. Isn’t that the very medicine we need to cure the infection in Washington?
Ron Paul would not back away from a fight for what is right by the American people and that scares the Washington elite far more than any other hopefull in the race.