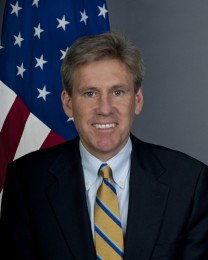 Three times during the Benghazi attack, employees at the US consulate in Benghazi begged for help. Fox News Channel has the e-mails to prove that. And three times the White House refused. Yesterday we learned something more shocking: ex-military men, who worked for the CIA, offered to help. And the White House told them to “stand down.” They disobeyed that order to rescue the consular employees. Two of them were the ex-Navy SEALS who died at Ambassador Stevens’ side. 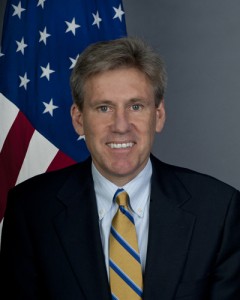 Fox News first said on Tuesday night that they had e-mails from the State Department to show who said what as the Benghazi attack took place. Three of them came from the US consulate. They all said the consulate was under attack, and could someone please send help. And someone in the White House said they had none to send.

That might be true. Senator John McCain (R-AZ) told Fox News on Friday that military forces in the region couldn’t repulse the Benghazi attack. They simply were not ready to move. What kind of government puts military forces overseas, but does not make sure they stay ready to move at a moment’s notice?

Leon Panetta, now serving as Secretary of Defense, tried to defend himself: he said the government had no “actionable intelligence” during the Benghazi attack. But we now know that not one but two drone planes were flying over the consulate and feeding live video streams back to Washington. If that’s not actionable intelligence, CNAV would like to know what is.

But men on the ground knew what was happening. They were at the annex that the CIA kept in Benghazi. They offered to help. And someone told them to stand down. Who? The White House blamed the CIA for that. But General David Petraeus, now head of the CIA, told his representative to deny that flatly. Government officials don’t normally say that someone else in government lied about them. They simply say the other guys are wrong. Which is what General Petraeus did. Let the reader judge for himself who is lying.

So someone, maybe in the White House, maybe Barack Obama himself, told those CIA men to stand down. They didn’t. They moved in and tried to help in any way they could. They saved about thirty lives that day. But at least two of them died trying to protect Ambassador J. Christopher Stevens.

One of them was Tyrone Woods. His father Charles spoke by telephone to Lars Larson at Fox News. He said the President met with him after the Benghazi attack. Obama said he was sorry. Only he wouldn’t look the elder Woods in the eye. And he said it the way a boy might say it after an adult has ordered him to say it. He did not say it as if he meant it.

Why did the Benghazi attack go down this way?

Rush Limbaugh, on his radio program, took the skin off this White House just from what we know about the Benghazi attack.

Why didn’t Obama do anything?  Now it’s gotten even worse.  We’ve got three separate requests from the CIA annex turned down, not just turned down, people told to stand down.

CNAV returns to its own theory: Barack Obama set Ambassador Stevens up for a kidnap. Obama then planned to send special forces in to break Stevens out and get a rah-rah moment.

CNAV contributor Dwight Kehoe suggested that Obama set up a kidnap, all right. Only Obama planned to swap Sheikh Omar Abdel-Rahman, “The Blind Sheikh,” for Stevens, to satisfy Mohammed Mursi, the new President of Egypt.

Rush Limbaugh said he’d heard yet another theory: that Ambassador Stevens was running guns to the rebels in Syria. Bashar Assad found out about it and had some Al-Qaeda people in Libya kill Stevens for that. That doesn’t explain why Obama would, in effect, let Stevens die. Unless Obama was afraid that Stevens might “talk” and ruin things, either for Obama’s reelection or for some other diplomatic program.

He’s partly right. The Benghazi attack story, with or without any of three theories to explain it, shows that Obama blundered badly. Four men died. They included an Ambassador. And military forces in the region were not ready to help. Add to it that Obama, or someone working under him, told CIA workers to stand down, and the only reason they could save anyone was that they disobeyed orders.

This wouldn’t be the first time someone working for the United States disobeyed orders to solve a problem on the ground. John Adams and Benjamin Franklin, at the head of the US delegation to settle the War for Independence, broke with the Continental Congress when they knew the French and Spanish were playing them for fools. They settled directly with Britain, and got a better deal.

Tyrone Woods, Glenn Dougherty, and Sean Smith did not have that blessing. But perhaps the American voters can make sure those men, and Ambassador Stevens, did not die in vain.

Postscript: according to Ed Klein, author of The Amateur, former President Bill Clinton has urged his wife to come clean, break with Obama, and show proof that she tried to get more security for the US embassy and consulate in Libya. And Obama, on the advice of Valerie Jarrett (the Third Woman President, after Ellen Bolling Galt Wilson and Hillary Clinton), refused. Listen to the first video embed, where he says this.

Benghazi attack: what is Obama hiding?

Is the Obama Administration Linked to the Benghzi Attack « augustine1blog

[…] Obama refuse aid when the Benghazi attack was at its […]